Based on some comments on my draft paper, there are some things I need to modify. I’m still a little slow from vacation, so I’ve been working on this stuff for the past few days and still have a lot more to do, but figured I should write a quick update.

This step is recommended for whole-genome bisulfite samples, but should not be used for reduced representation libraries such as RRBS, amplicon or target enrichment libraries.

Deduplication removes duplicate alignments, and based on the manual it looked like I should have deduplicated my data. I posted this issue to clarify the problem and figure out if I should deduplicate. I was confused until Mac mentioned this:

It doesn’t have to to with bisulfite sequencing or not, it has to do with type of enrichment - specifically with a restriction enzyme that cuts the same spot. For RRBS, my sequences will always start with the restriction site, then when I sequence 100bp out from there I am definitely going to get duplicated sequences because they will all line up to those cut sites. I have the same issue when I do RAD-Seq and only sequence from 1 end. I can’t deduplicate because all my reads will line up at the same place. If you’re doing whole genome or an enrichment protocol where you’ve randomly sheared across the genome (or if you’ve done paired end sequencing for RAD), then you wouldn’t expect to get sequences that are EXACTLY the same - unless they are PCR duplicates (at which point if you include the duplicates you are biasing your methylation call to the same fragment that just happened to get amplified lots of times, which is bad).

Since my data is randomly fragmented, I’m sticking with deduplication! Glad I won’t have to redo that. 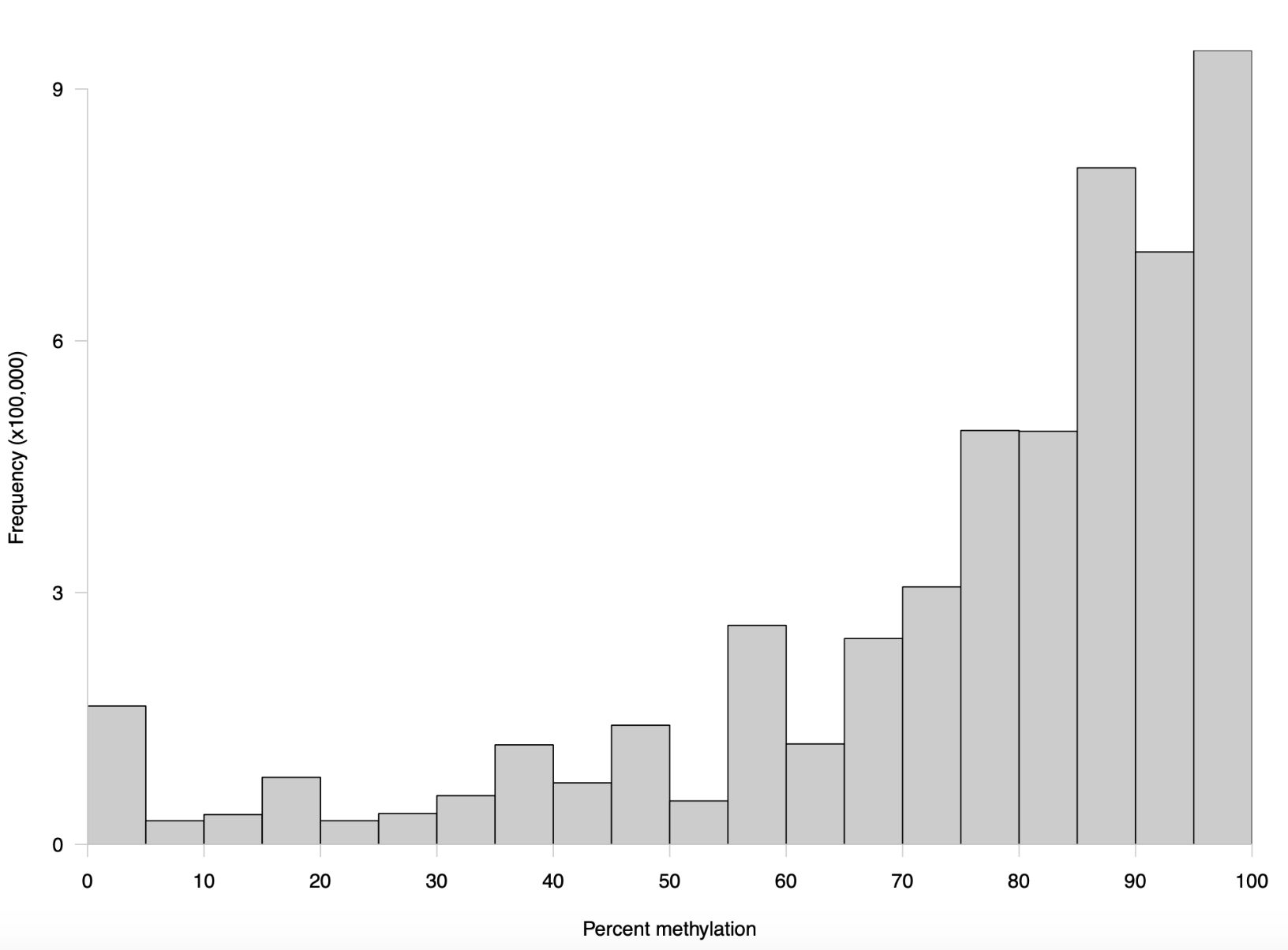 Steven got 633 DML, while I initially got 630. I posted this issue and found that we were using different code to set coverage. I used mincov in processBismarkAln to get loci with 5x coverage right off the bat:

He suggested I follow this method, since I could then set a high coverage threshold. I also noticed that we had different assembly arguments in processBismarkAln. Turns out that’s just a naming convention so it doesn’t affect DML.

I peeked at the %CpG methylation and CpG coverage plots to compare them to those from the 5x destranded samples I previously created. These plots have different values, so clearly my dataset has changed. 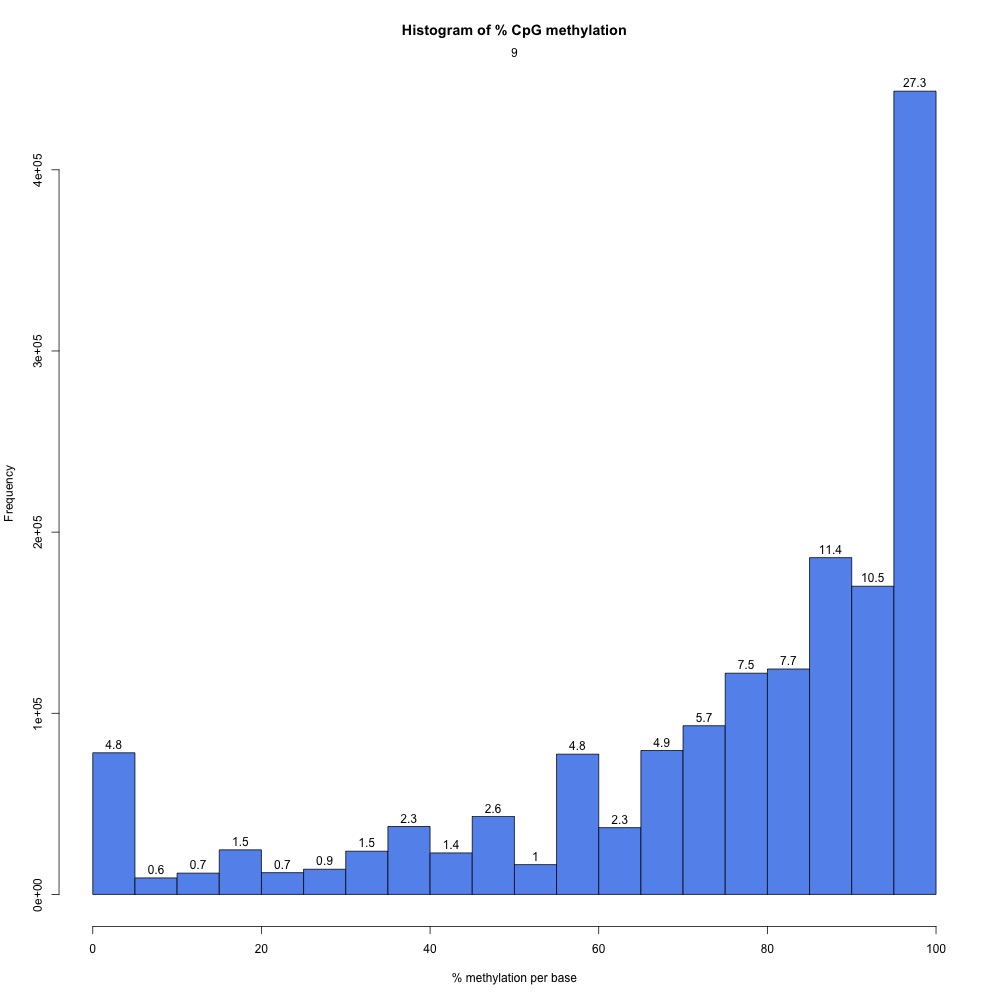 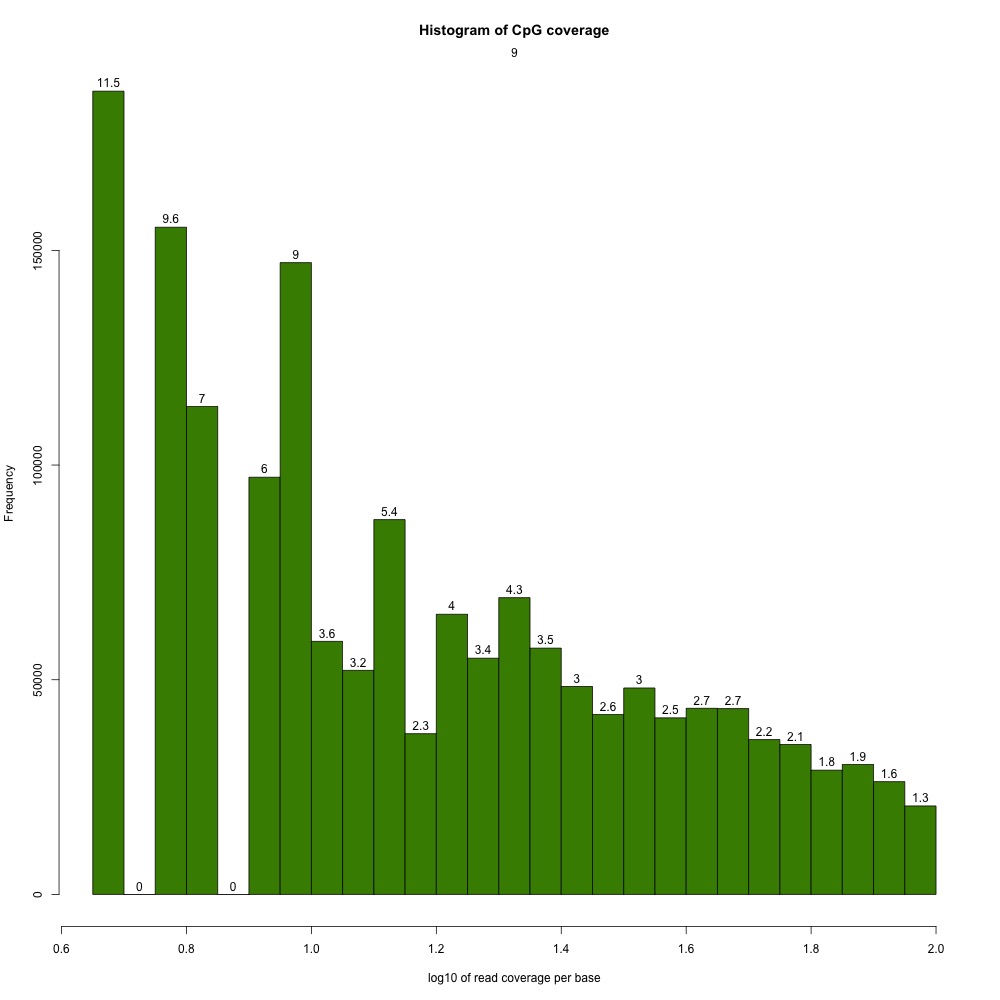 I also evaluated clustering for the filtered 5x coverage data. 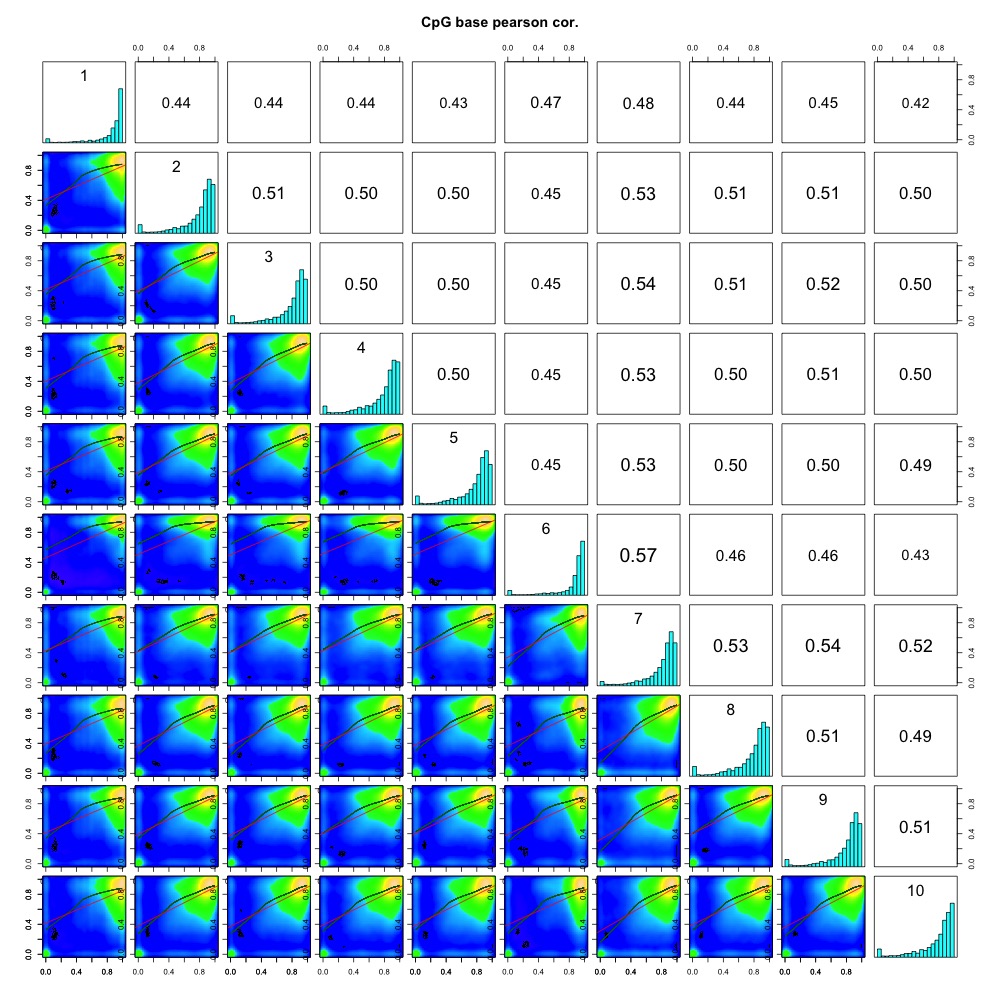 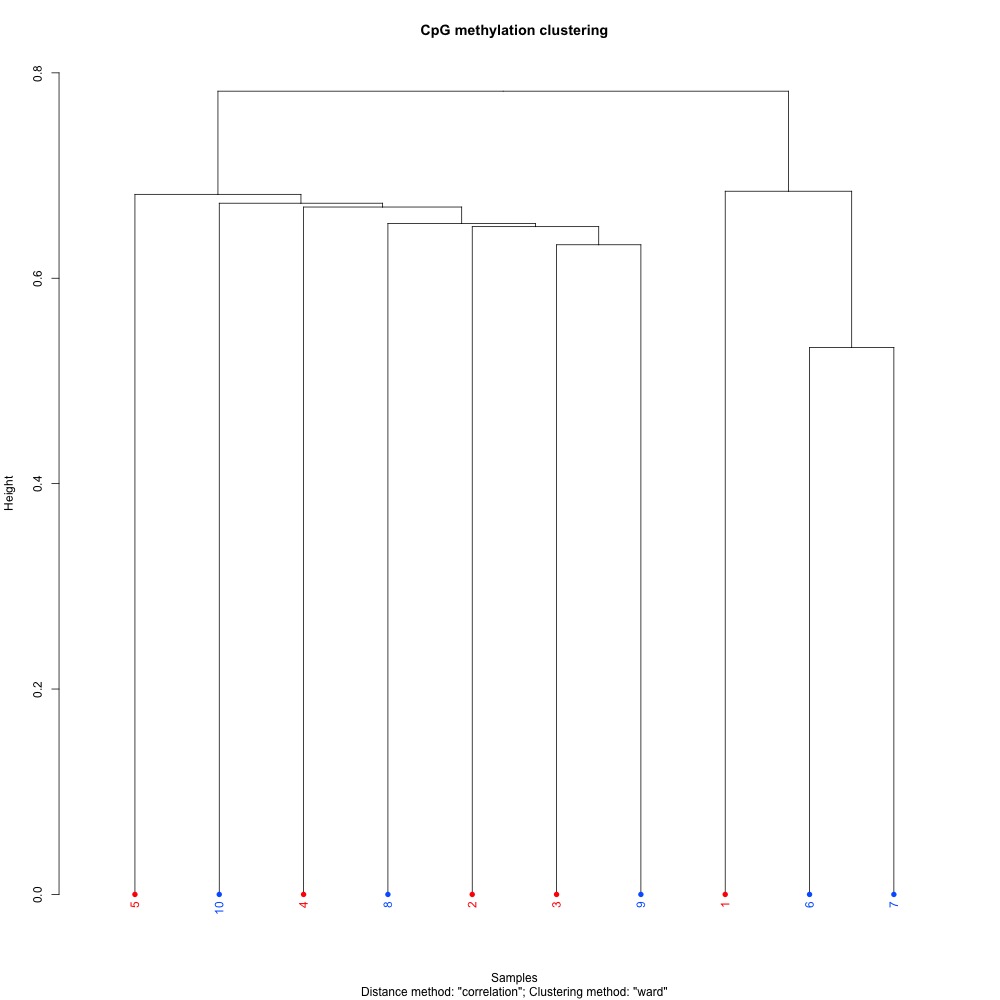 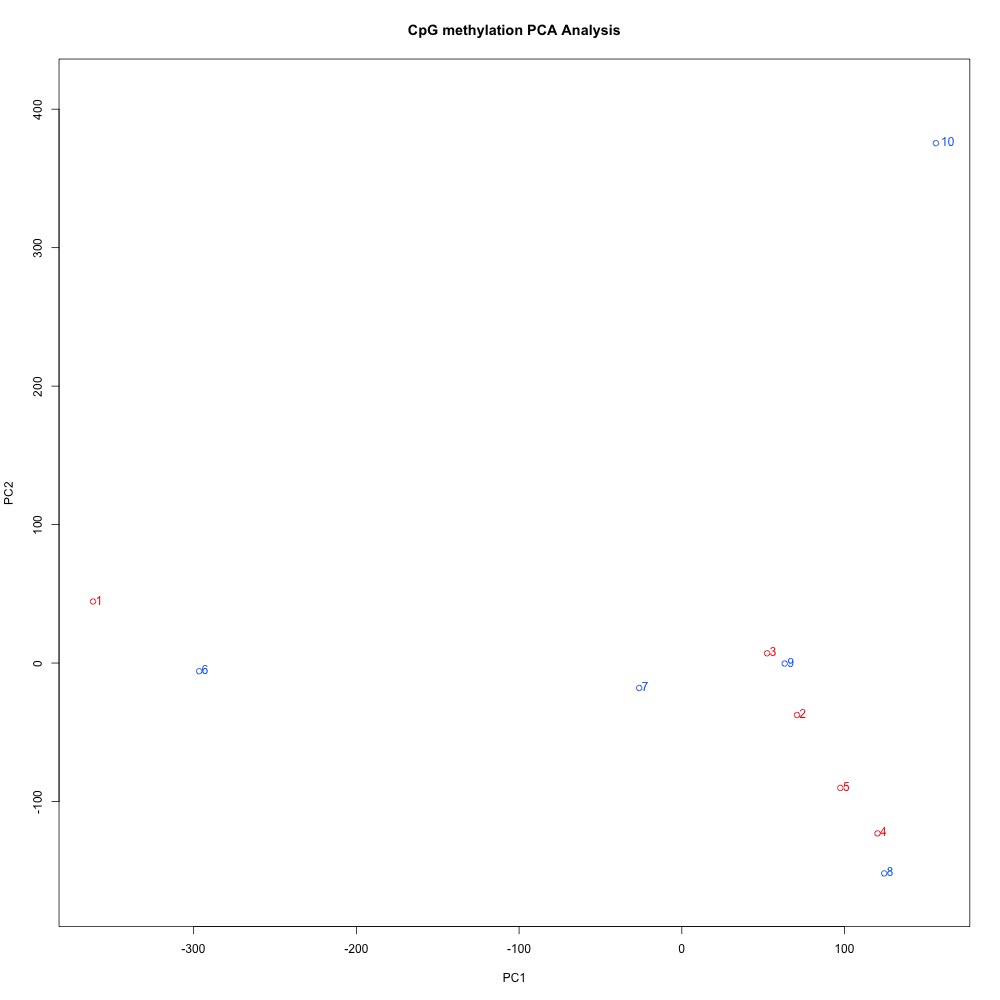 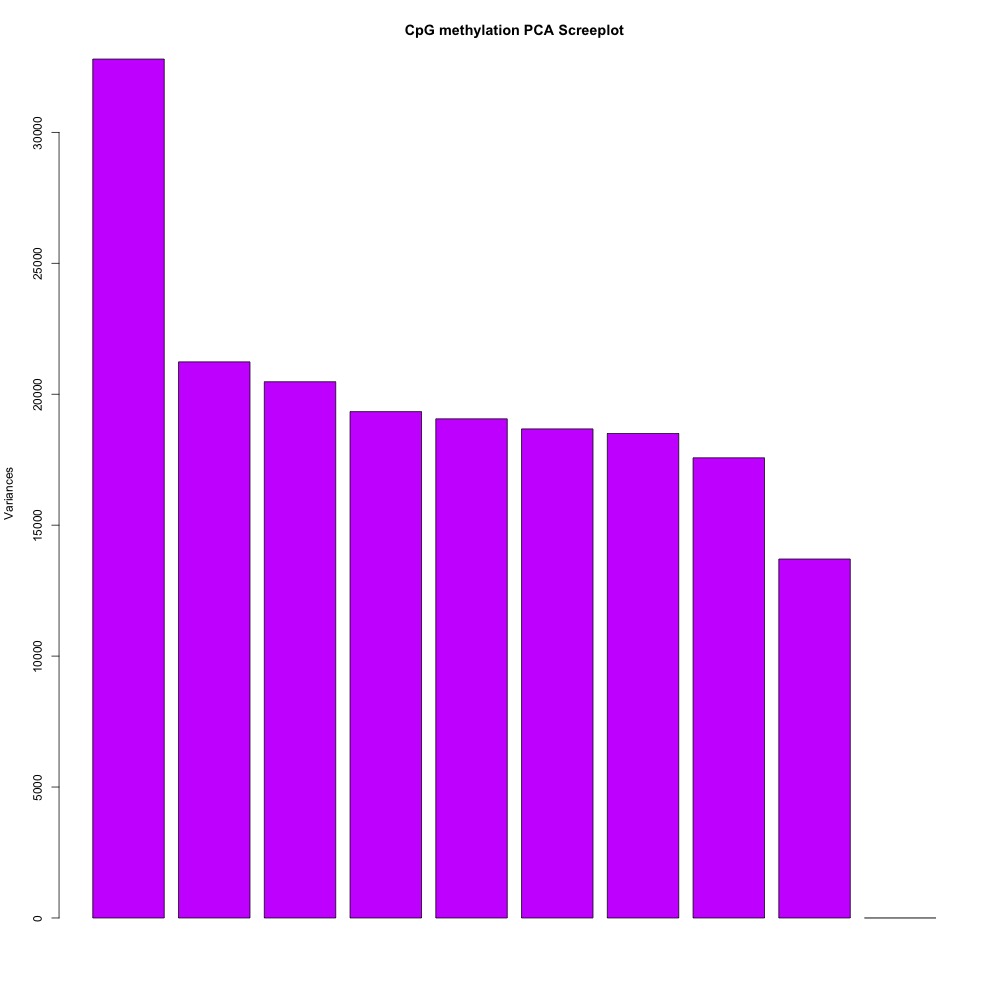 Finally, I identified DML. I got 598 DML, which still doesn’t match Steve’s result. It’s also less DML than I had before. I exported the data to this file. I thought it may have been a versioning issue, so I updated R and methylKit. I still ended up with 598 DML, so there must be something else going on.

I characterized genomic locations for my new DML set. As expected, the majority of overlaps, 368 (61.5%), were with exons. There were also 191 DML (31.9%) that overlapped with introns. Transposable elements overlapped with 57 DML (9.5%) when all speices were used, and 39 DML (6.5%) when only C. gigas was used. Putative promoter regions overlapped with 67 DML (11.2%). There were also 20 DML (3.3%) with no overlaps with exons, introns, transposable elements (all), and putative promoter regions.

Additionally, I revised my paper to include a statement about the number of loci with 5x coverage, instead of 1x coverage. In this Jupyter notebook, I set a 5x coverage threshold and counted CpGs. I have data for 911,159 CpGs, which is 62.4% of CpGs in the genome.

Since I generated a lot analytical output, I decided to upload the current version of my repository to gannet. It can be found at this link. As I continue to finalize analyses, I’ll probably keep updating the same repository link so I don’t end up with 13 different repository versions over the course of a week.

Steven also created a new paper repository in the NSF E20 organization. I’ll update the repository with polished scripts to ensure Katie and Alan can reproduce my results. I cross-referenced my scripts, R Markdown file, and Jupyter notebooks with my current methods and the draft paper. I also organized the files in the sequence they should be used and added short descriptions in the README.