Table 1. Number of genome features and overlaps with CG motifs

In this Jupyter notebook, I created union bedGraphs for males and females separately. I kept my code for the all-sample union bedGraph since I can’t remember if Katherine used it for any of her analyses. Once I had the union bedGraphs, I counted the number of highly, sparsely, and lowly methylated CpGs in each sample. I also counted the CpGs present in each genomic feature. I created this R Markdown script to create figures and perform chi-squared tests comparing the distribution of CpGs in the C. virginica genome with highly methylated CpGs. As expected, the distribution was significantly different. All output can be found in this gannet folder, and the relevant count files, statistical output, and figures can be found on Github.

Figures 1-3. Genome feature overlaps for all 10x CpGs with data in at least one sample, highly methylated, moderately methylated, and lowly methylated CpGs for female and male union bedGraphs 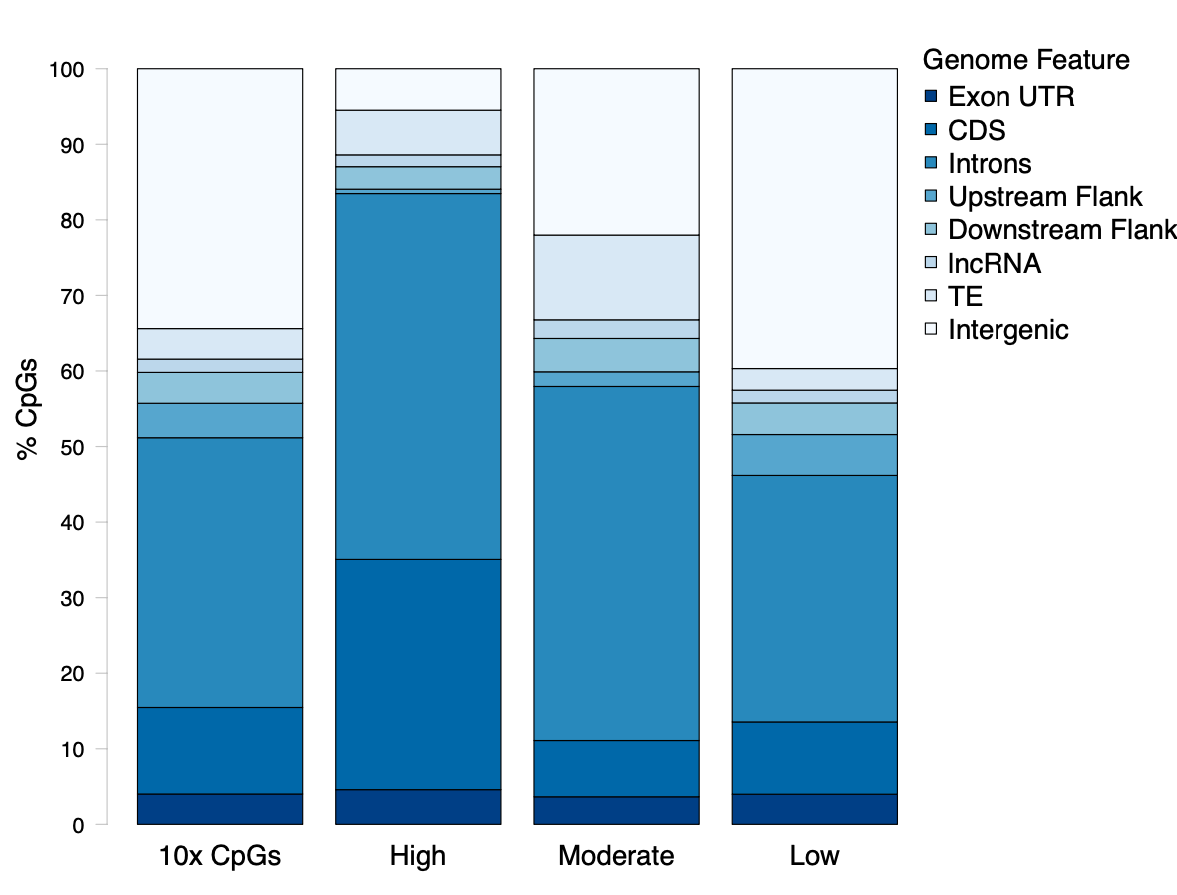 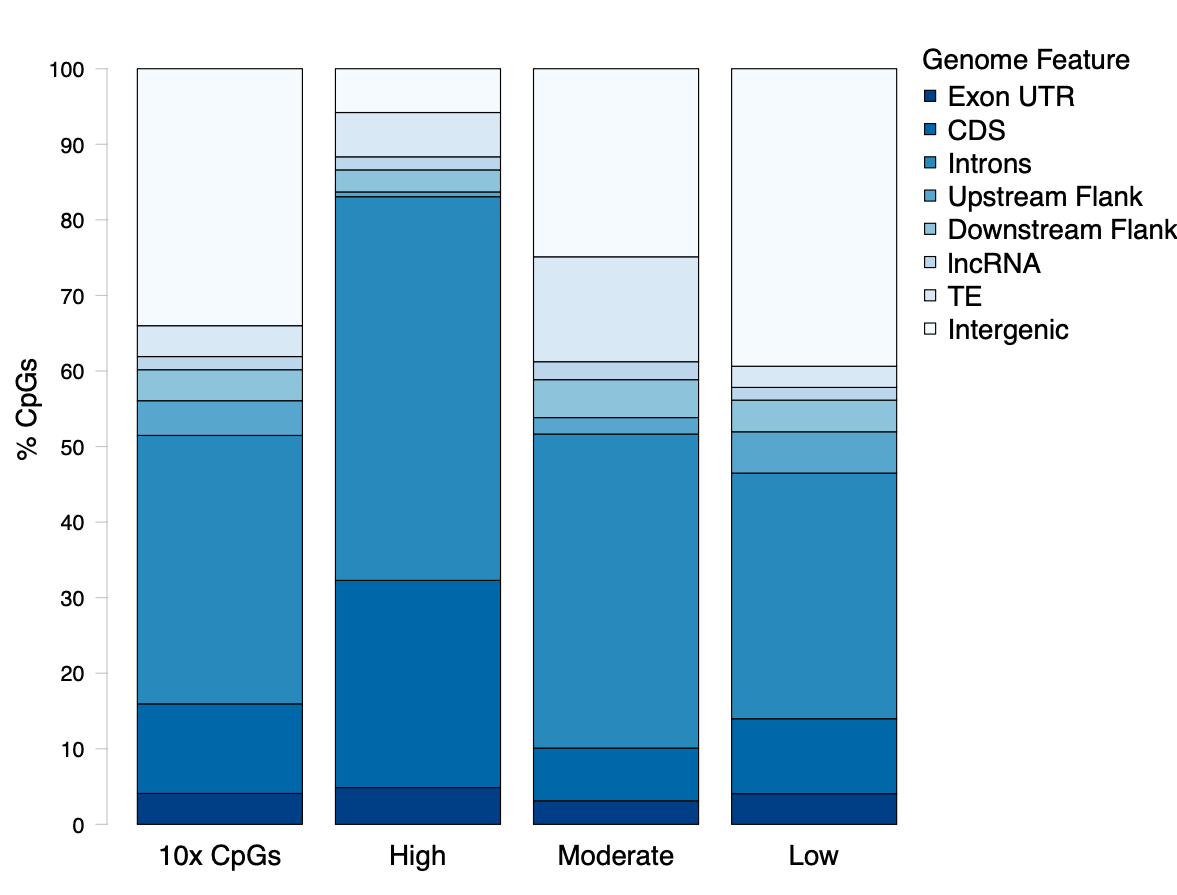 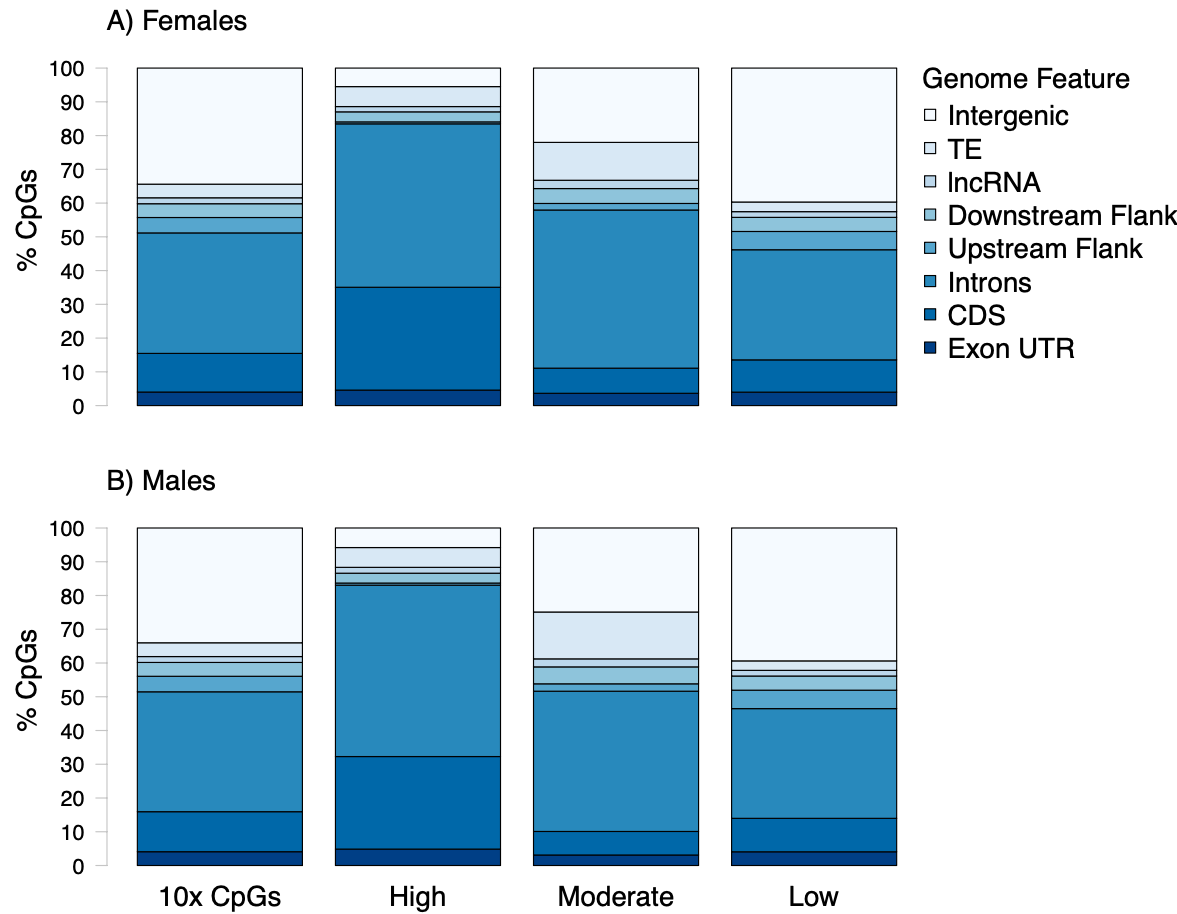