After taking many steps backwards and only some steps forward in this issue, Sam, Steven, and I chatted about the best way to characterize methylation trends in C. virginica. We decided it would be best to use this file Sam made, which is a concatenation of all CpGs in my data, each with one coverage and percent methylation metric.

In this Jupyter notebook, I downloaded Sam’s file, counted lines, and filtered out all loci with a minimum of 5x coverage.

Looking at the screenshots, it does seem like most of my data is methylated. It’s possible that gonad tissue has a higher methylation rate than ctenidia (what Mac used to describe C. gigas methylation trends), or that there really is a species difference. It may also be beneficial to set a 75% cutoff to define a locus as methylated. These are things I need to dig into in my discussion. In the meantime, remade my frequency distribution with this code. 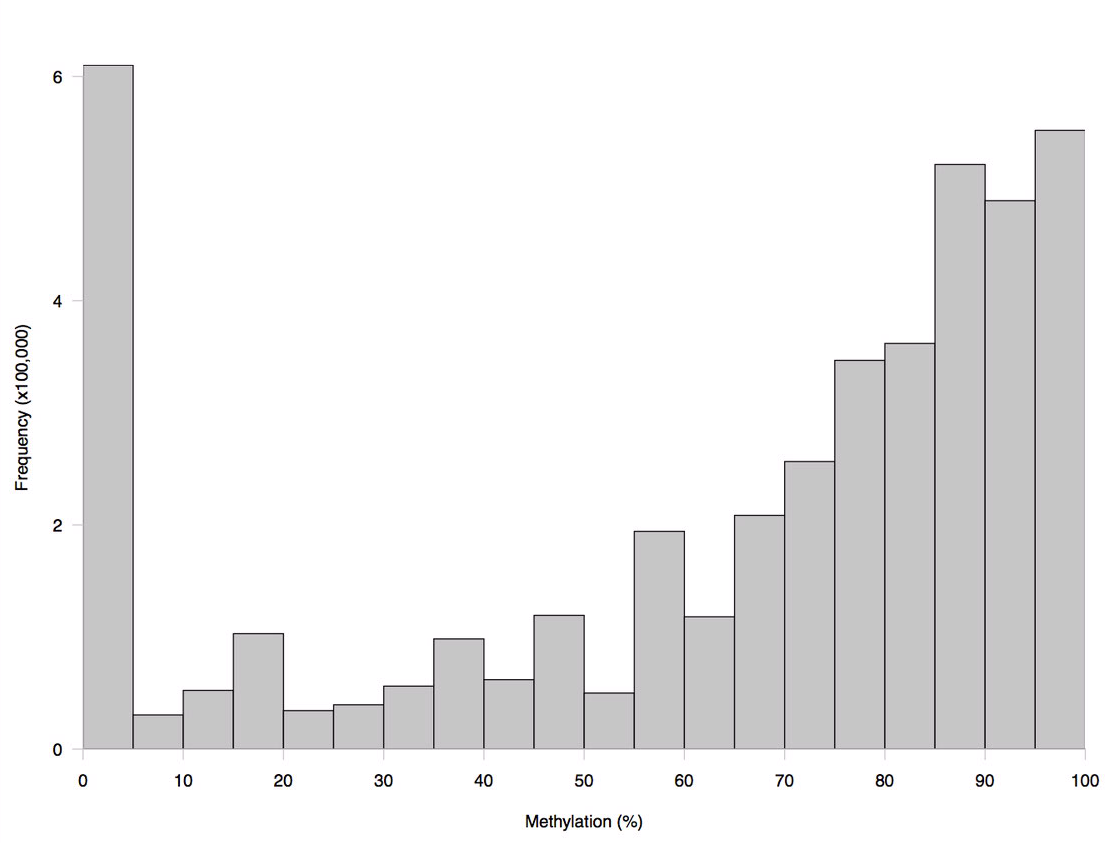 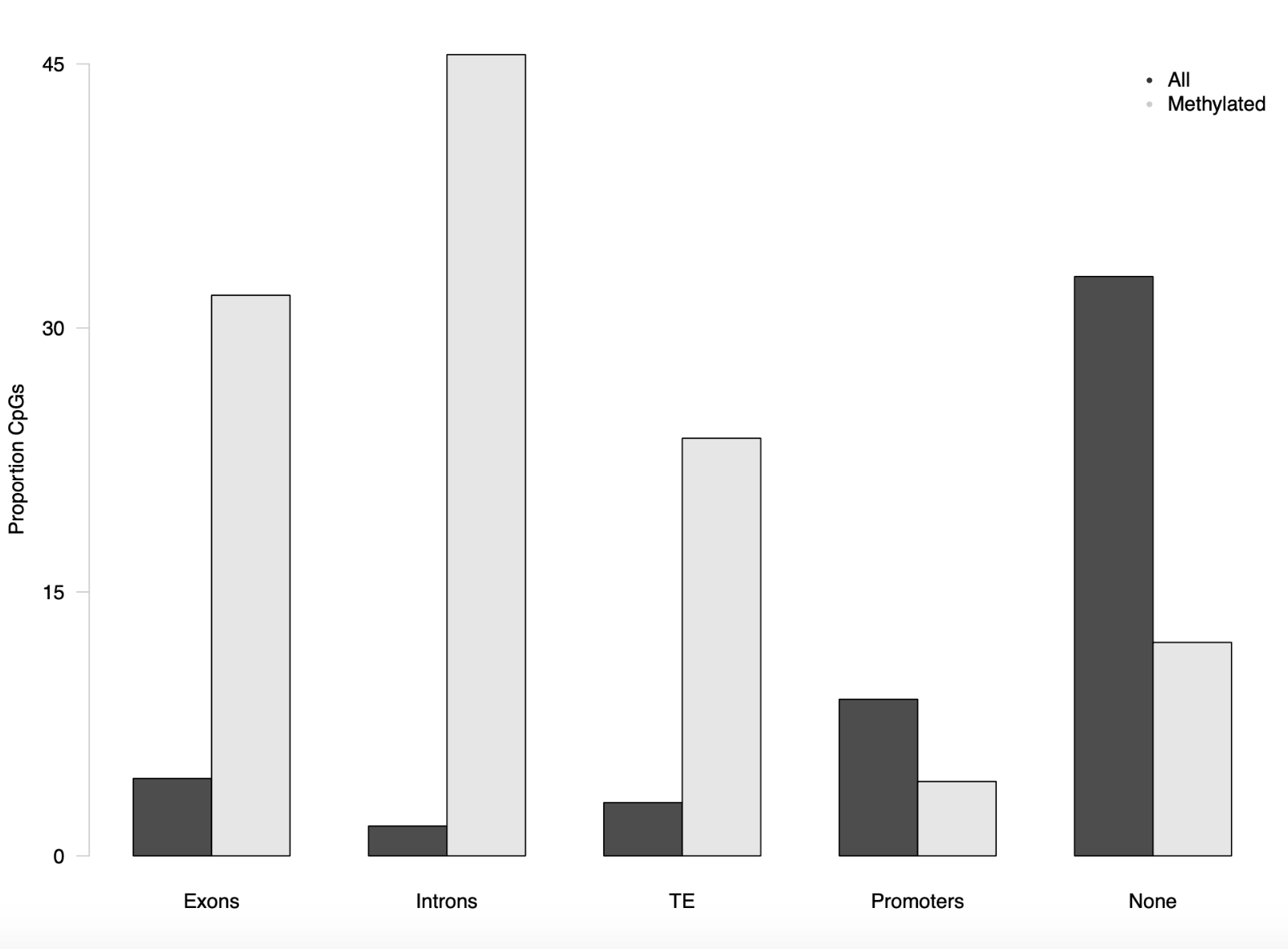 Figure 5. Distribution of total CpG and methylated CpG in the C. virginica genome 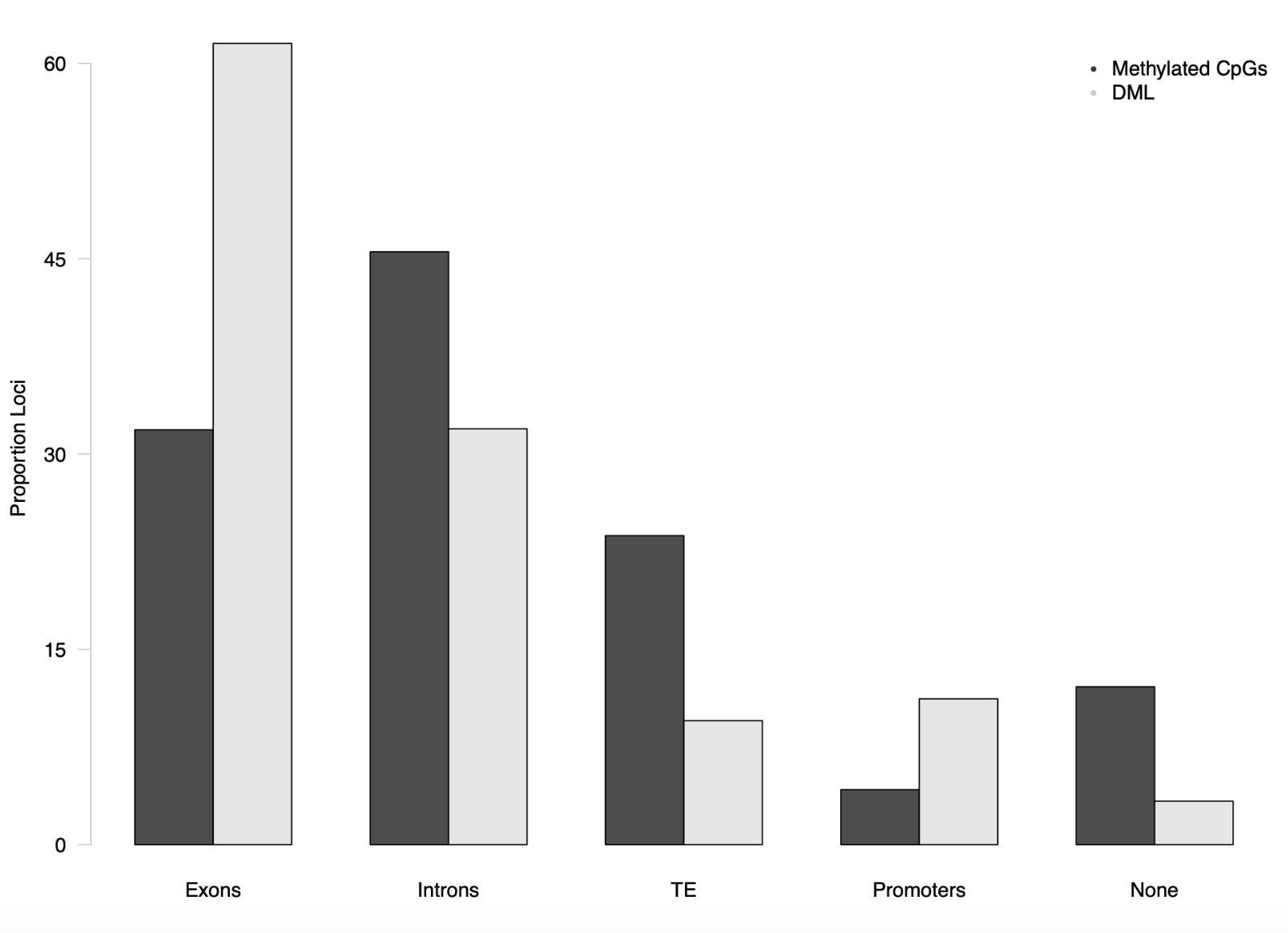