But before I get into that, a quick recap of what went down while I was away:

When I got to the hatchery on Monday, I saw that Totes 1-4, 6 and 7 had lower water levels, so I filled them with a bit of freshwsater. I looked at Grace’s data and saw that they hadn’t been bumped up a screen size yet. Concerned, I talked to Rhonda. The first thing we examined was how much they’d been fed. I measured the pre-feeding concentrations of a few buckets and found that there was at least 30,000 algal cells in each. I also sent Rhonda photos of the bucket colors. We both agreed that the color looked good and they were most likely not being underfed. 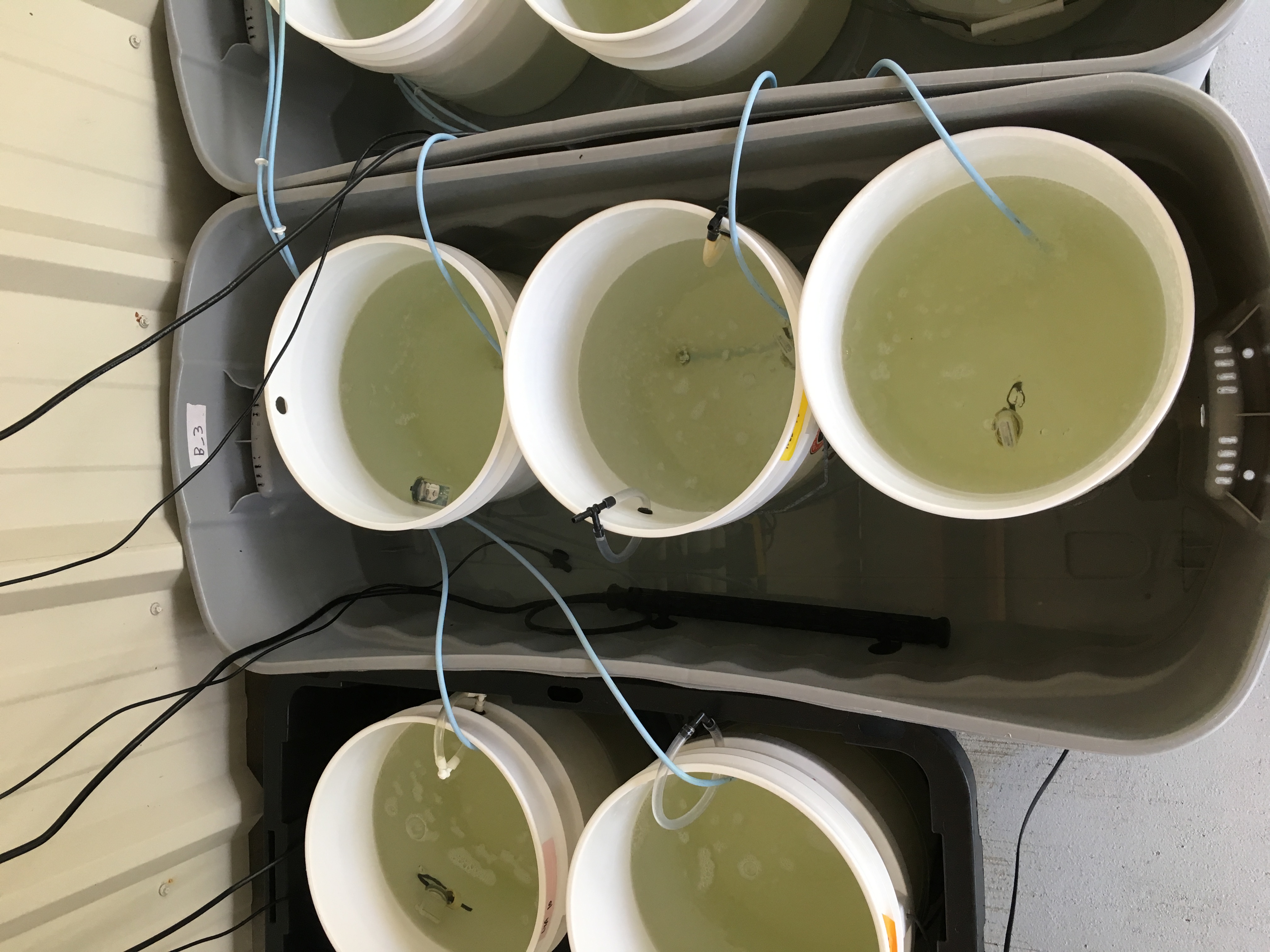 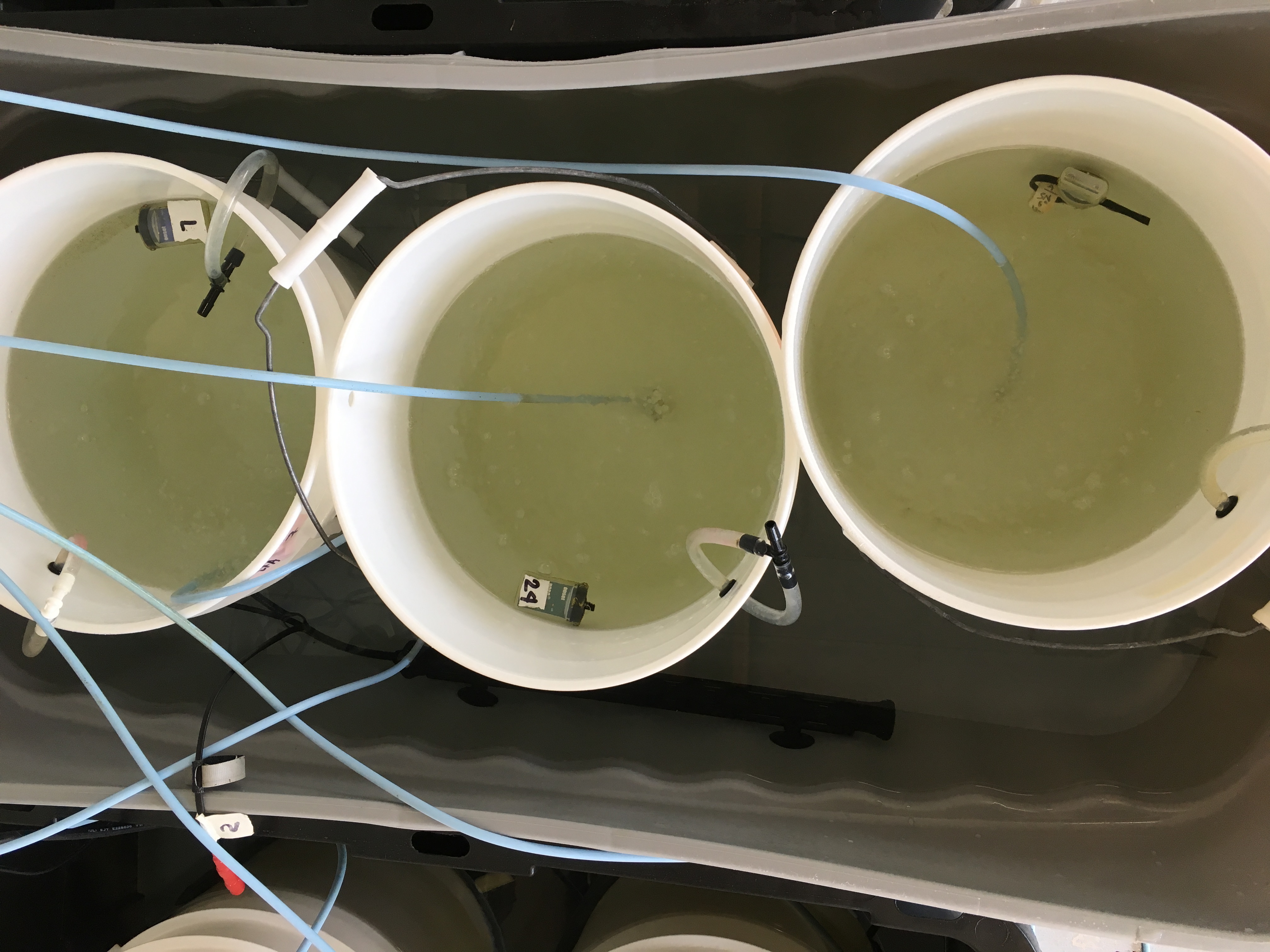 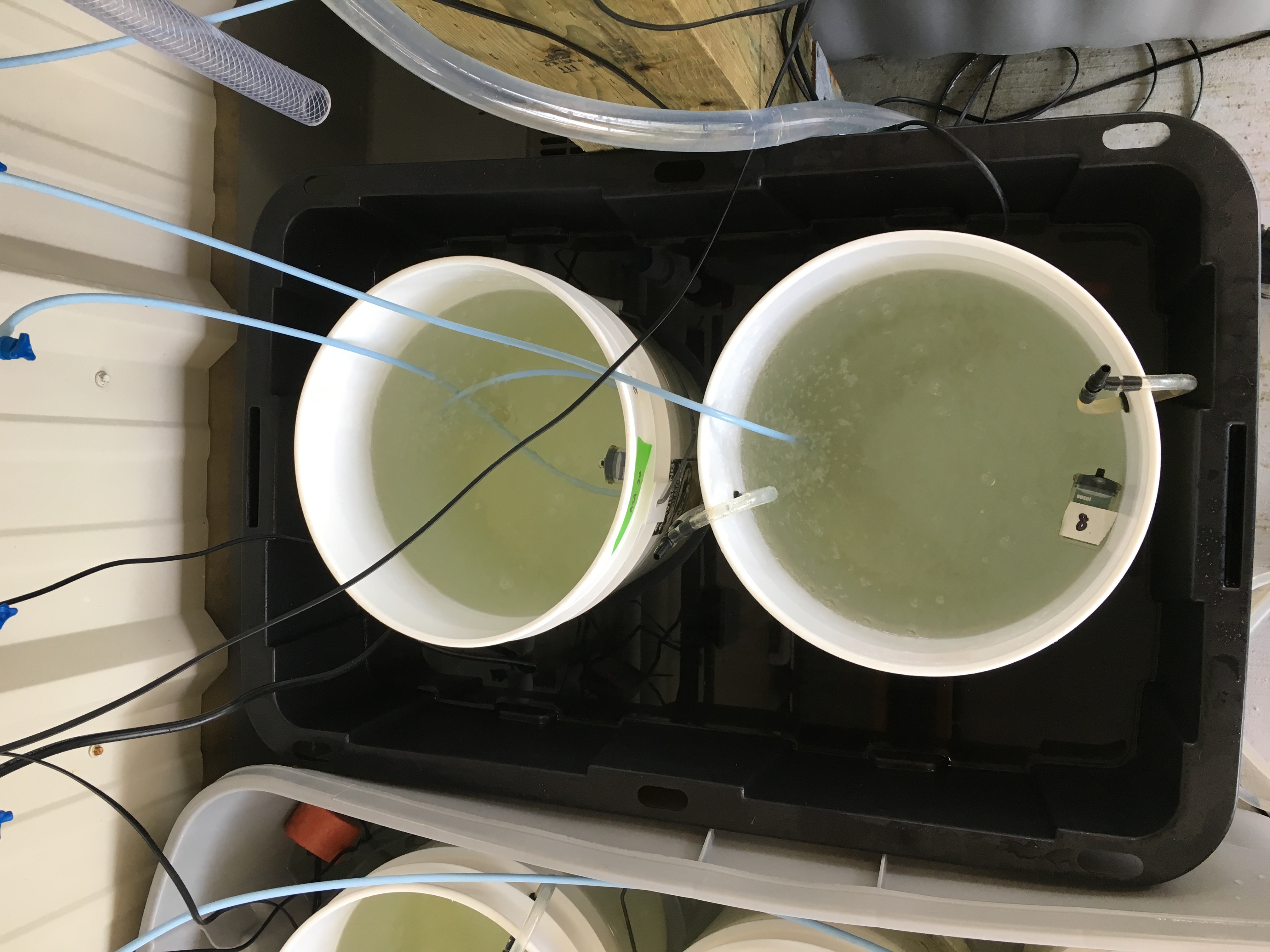 Rhonda then asked to see a zoomed in photo of a larval cell so she could examine its stomach contents. I took a sample of larvae from Bucket 24. 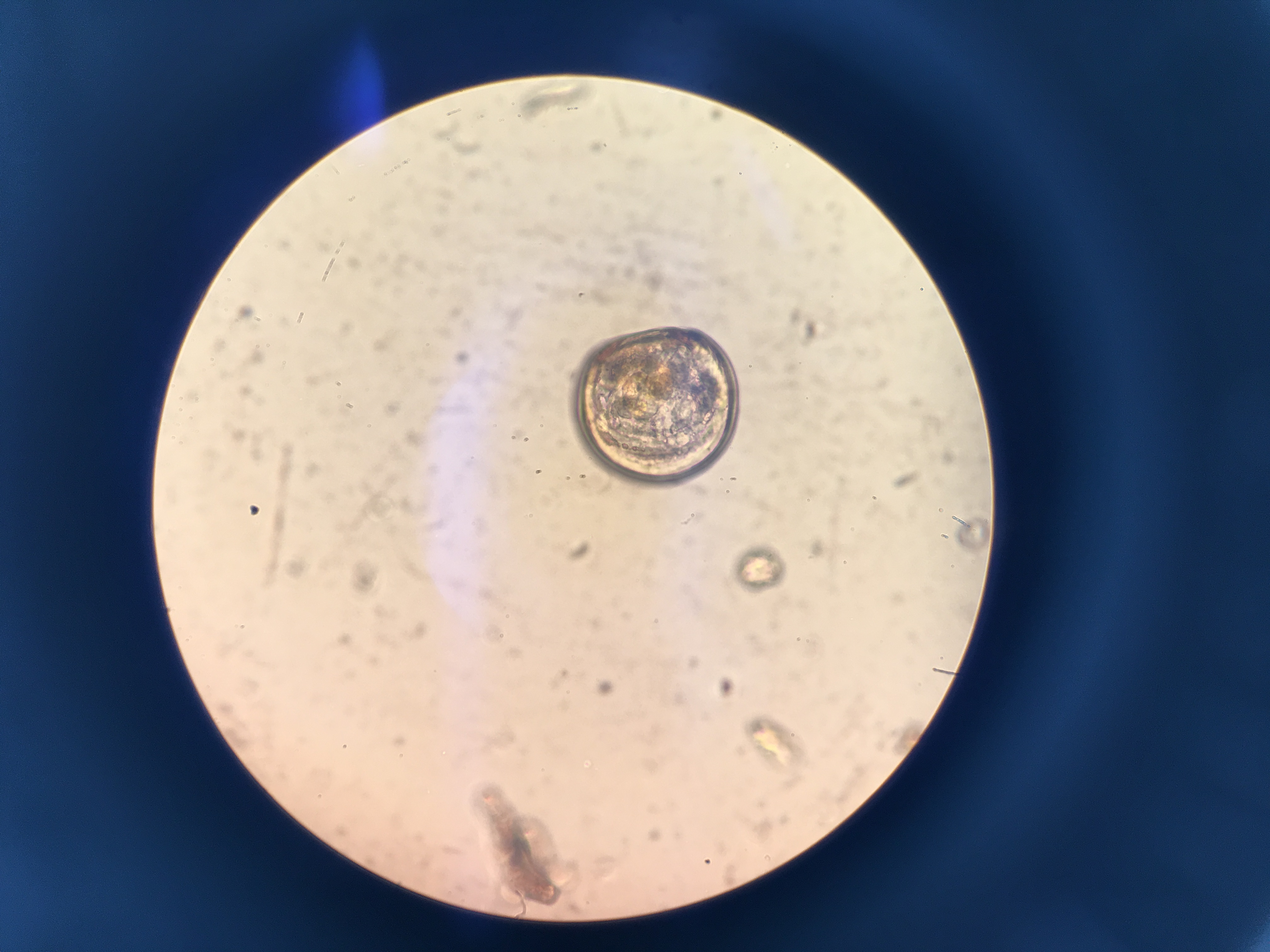 Based on her assessment, my larvae were undergoing the same #MysteryMortality as C. gigas larvae at Taylor. Once the larvae hit 60 microns, they just stop growing and start dying. Under normal conditions, they would have reached 150 microns by now. Rhonda suggested feeding with T.iso and 609, since that’s what she’s had success with. However, neither of those algal strains were available so I used C.iso and Chagra. Rhonda doesn’t think I’m going to get any setter out of this batch, which doesn’t come as a surprise to me.

I spoke to Steven and he suggested collecting at least 10,000 larvae per treatment group for epigenetic analyses when I screen tomorrow. This would give me enough DNA to compare the larvae’s response to the mystery stress between treatments and timepoints. I will also reach out to Joth and see what he thinks about the situation.