Messing around with methylKit DML settings

Last time I mentioned how the R Studio server wasn’t playing well with my R Markdown script, and that I started running an R script for the analysis instead. Turns out making the switch is what I needed to run my code! When I was working on the Manchester analysis, I did end up using an R script instead of an R Markdown file. This makes me think that there’s some sort of issue using R Markdown on R Studio server, specifically with calculateDiffMeth. Something to investigate at a later date.

After unite, I had 1,984,530 CpG loci with data in all 24 samples. Using this object with calculateDiffMeth (including covariates and an overdispersion correction), I didn’t obtain many ploidy- or pH-DML:

I wasn’t expecting many DML from this analysis because of the covariate information, but I’m surprised I don’t have at least a hundred for one of the contrasts. It’s also interesting that all of the DML are found in one chromosome. I should look into that further when I have my final DML list.

Steven suggested I change the min.per.group parameter in the unite command to allow for loci without data in all samples to be included in the analysis. I started by allowing a CpG to be present in 9/12 samples per treatment (75%):

With this change, I had 4,557,452 CpG loci with data in at least 9 samples per treatment. I got more DML this time, but still less than 100! Looking at my reference script from another paper, it seemed like they tried out several min.per.group options. For reference, I have between 5,173,369 and 8,057,460 CpG loci with data with at least 5x coverage, depending on the sample. Since I’m getting 4,557,452 after unite with min.per.group = 9L, I’m not sure if it’s worth doing something similar to 1) count the number of CpG loci with data and 2) count the number of DML obtained with multiple settings. However, I decided to try min.per.group = 8L, which gave me 5,103,729 CpGs.

Based on Table 3, I think I need to use a 25% threshold for calling DML. Again, I’m pretty sure my use of covariates is affecting the P- and q-values I get from methylKit. I think I’ll also use the min.per.group = 8L output, since I get marginally more DML. 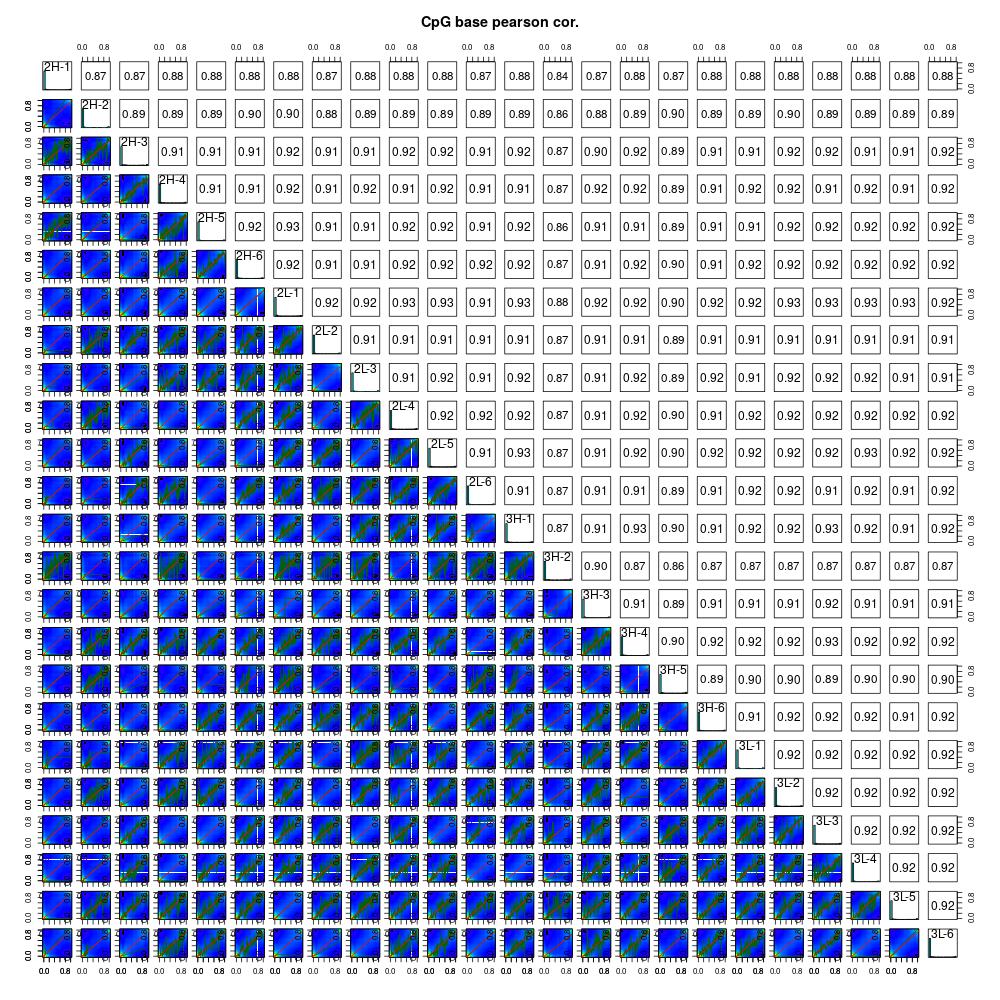 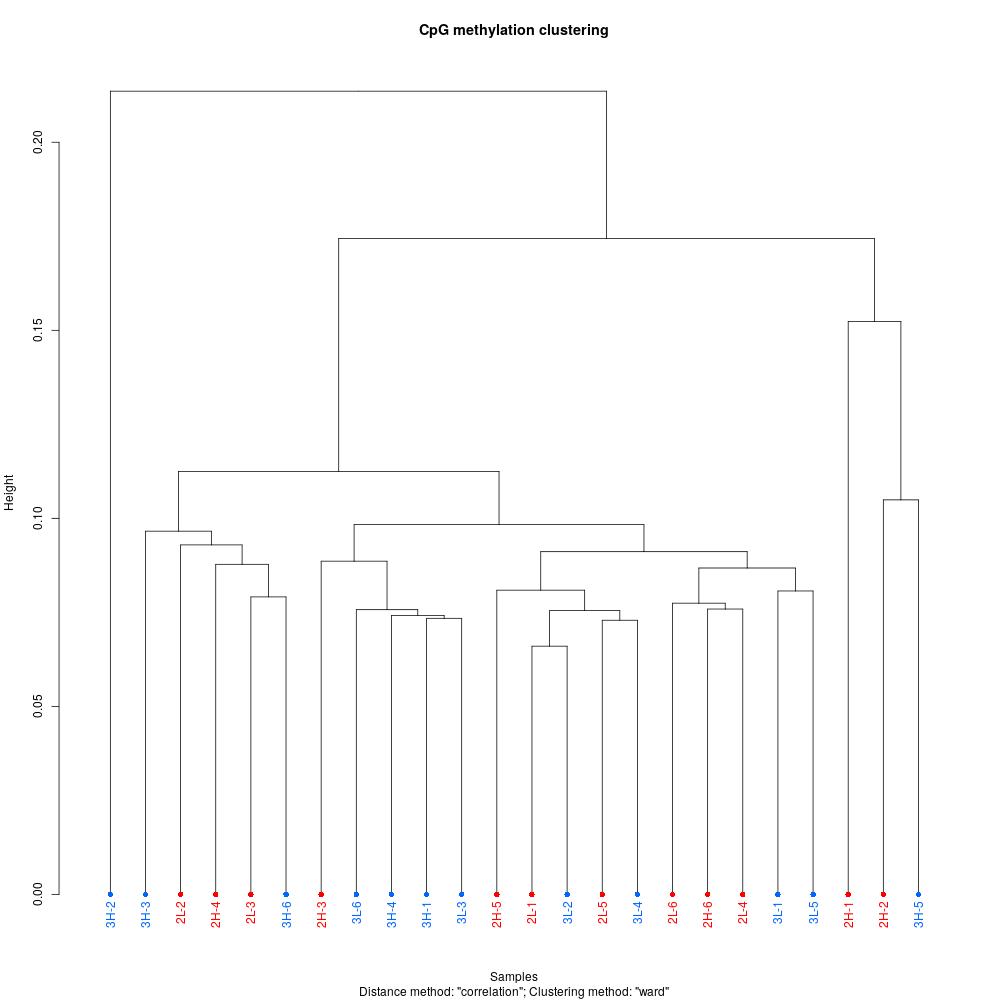 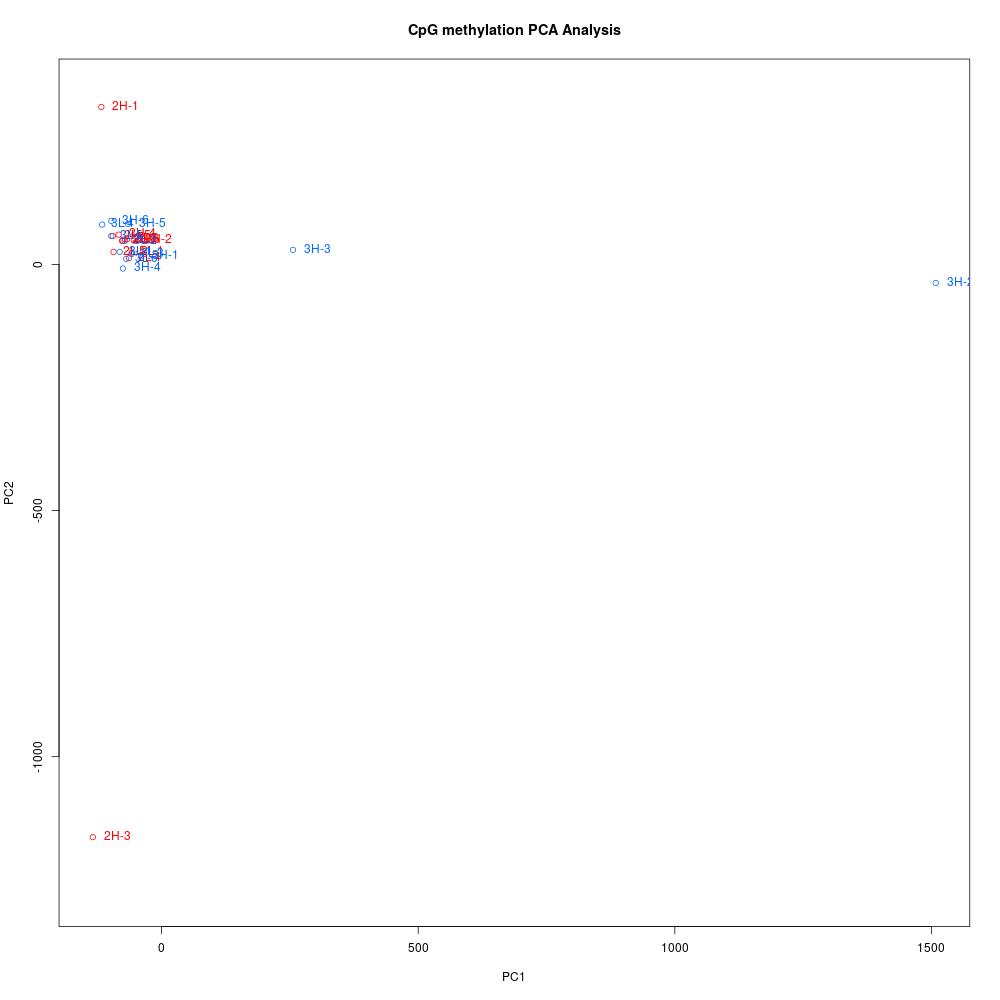 The PCA and clustering diagram don’t look very different, but the correlations between samples are lower 0.01. Overall, nothing that rocks the boat.