It’s your favorite time and mine: figures and stats! These are the last things I need to finalize my existing methods and results sections. Afterwards, I’ll work on an enrichment analysis and dive into the discussion.

I opened this R Markdown script to make figures from the methylKit data. First, I imported coverage information I made in this Jupyter notebook. Then, I calculated the number of loci with higher or lower coverage in triploids:

I then created histograms with coverage distributions for diploids and triploids. The plots themselves aren’t extremely informative because most of the loci are within the first histogram bin. In the future, I need to create a gapped axis. I did something similar and calculated the number of loci with higher or lower methylation in triploids:

I created frequency distributions for diploids and triploids, made a PCA of global methylation information, then created a multipanel plot: 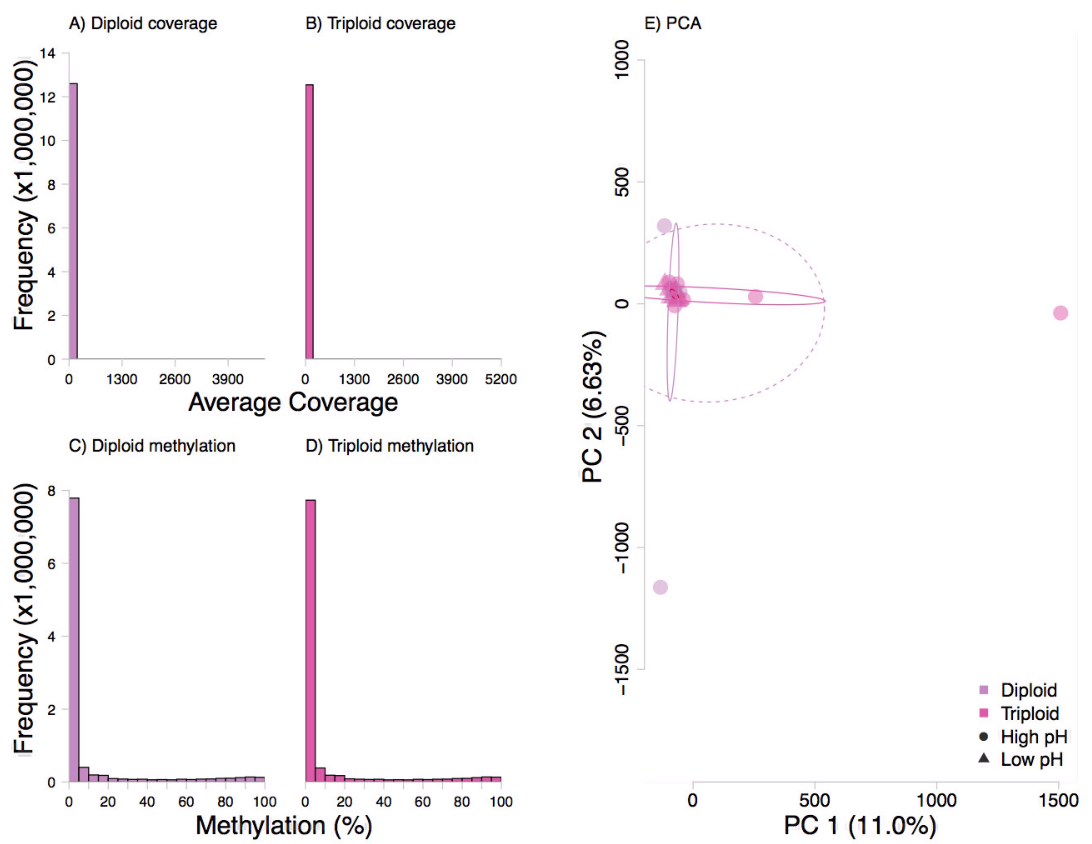 Figure 1. Average percent methylation and coverage for diploids and triploids, and PCA of global methylation profiles

Next, I opened this R Markdown script to make heatmaps for each DML category. I merged the DML location information with the union 1x bedgraph to get sample percent methylation for each DML, then used that in my heatmaps. When I looked at the figures, I didn’t see any clear differential methylation signal between treatments or ploidy. Something to look into… 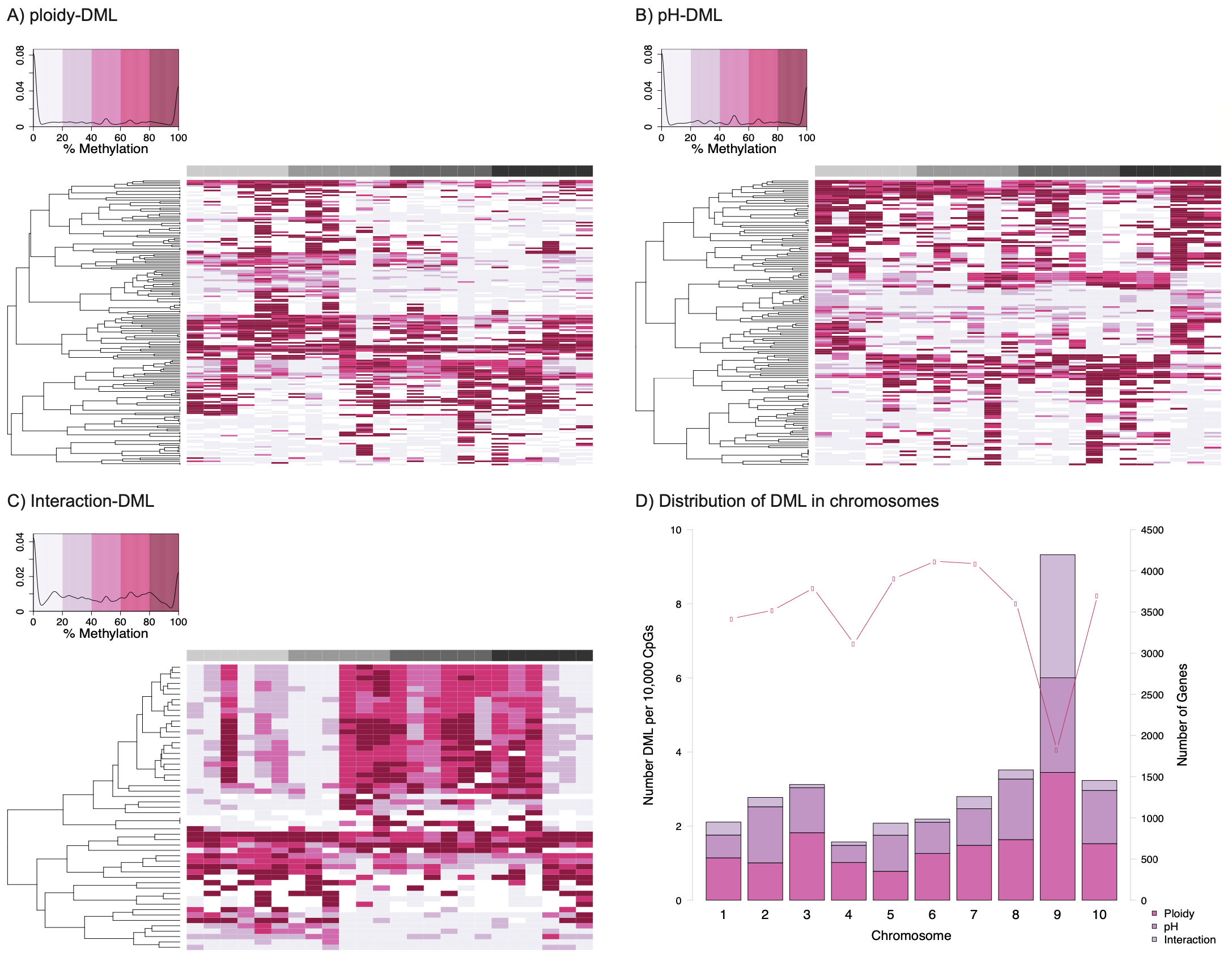 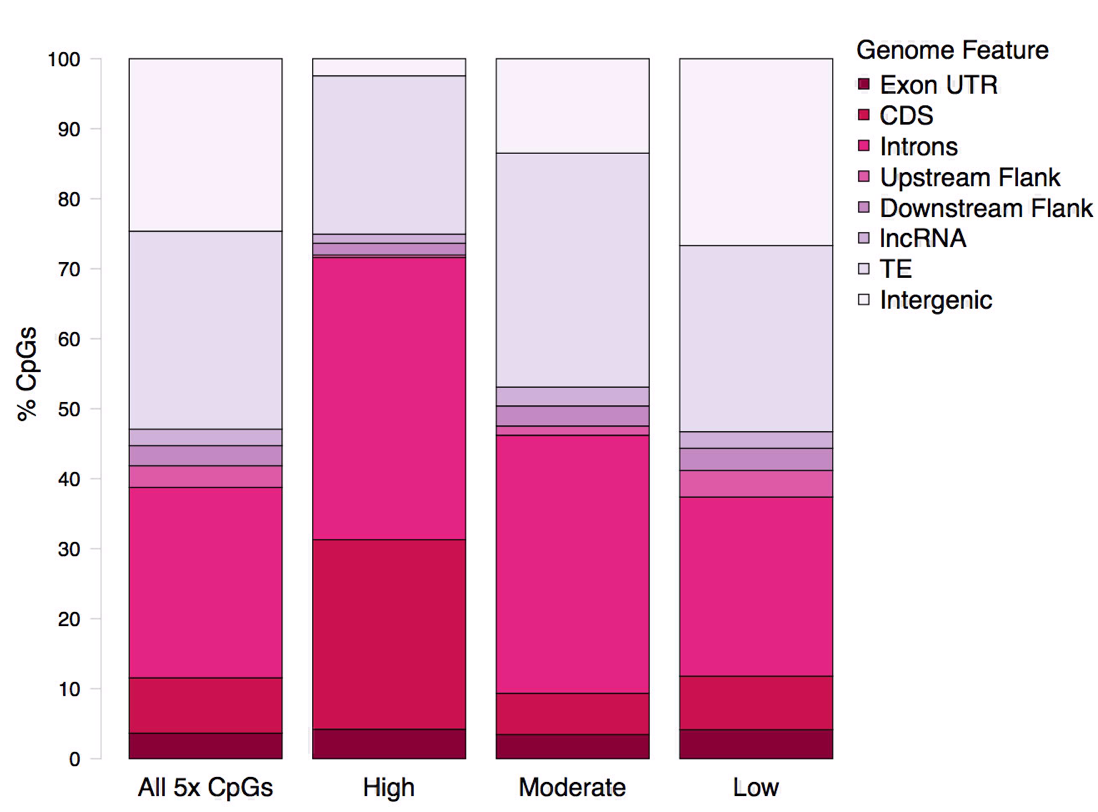 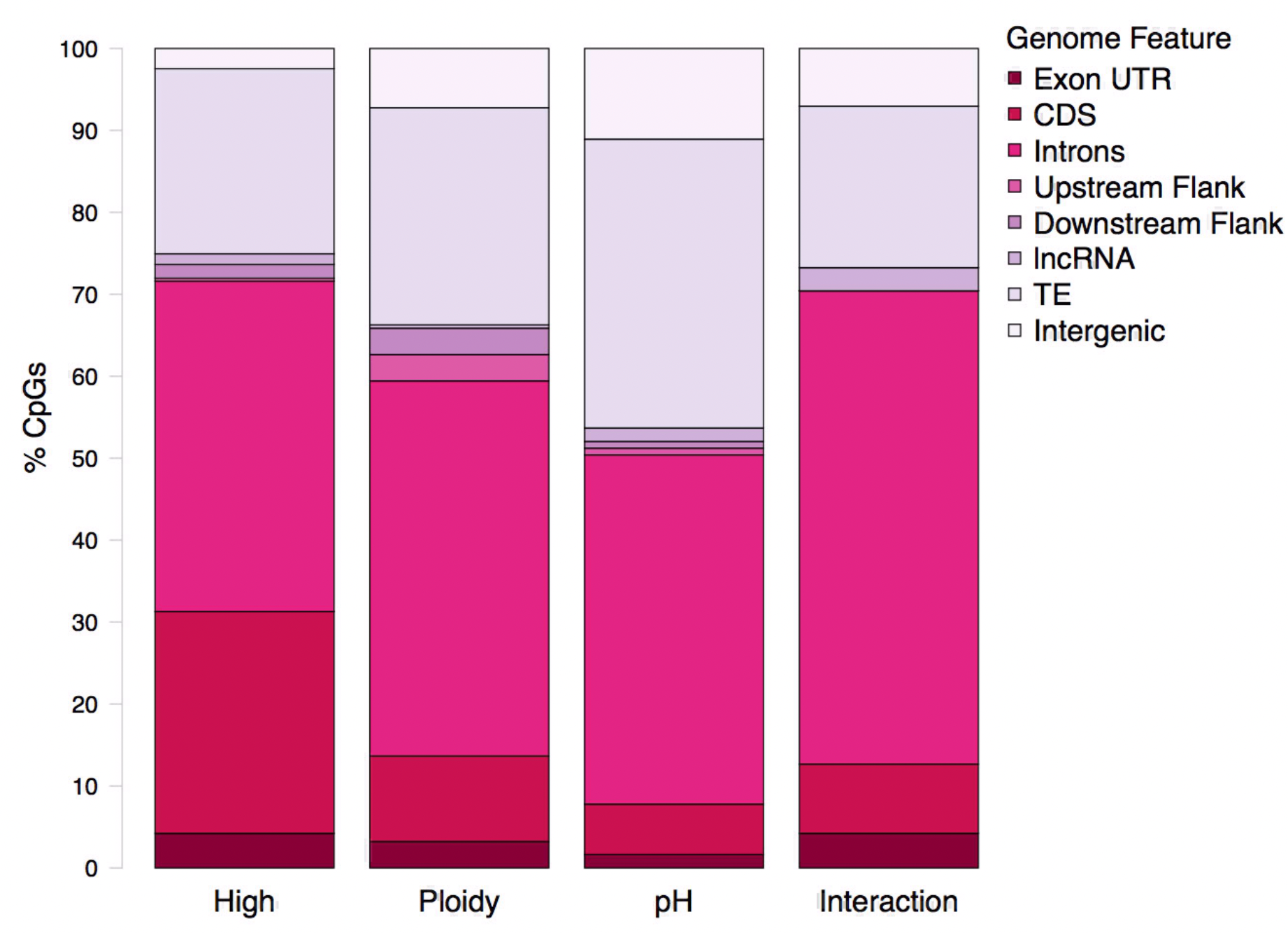 Next steps: finishing analyses and updating the manuscript.