Continuing with the new genome

I’m going through my previous code, update paths to the files for the new genome, and evaluating the output to eventually compare my results with those from the old genome!

But first…I looked through the RNA-Seq results Neel generated. Overall, SC fish had a much larger response to hypoxia. There were more DEG between SC fish exposed to hypoxia and normoxia versus their NBH counterparts. When I perused the list of annotations associated with DEG for SC, I saw classical hypoxia response genes such as HIFs and cytochrome P450 subfamily genes. In SC fish, several DEG were involved in the AHR signaling pathway that underwent evolution after exposure to persistent organic pollutants such as HSP 90s, CYP1As, AND TIPARP. None of these genes were differentially expressed for NBH. None of the genes closest to DMR were differentially expressed.

I created this spreadsheet to evaluate alignment to the new genome. Mapping efficiency was still quite high, ranging between 88% to 94%. There doesn’t seem to be any difference in mapping rate by treatment or library.

As expected, the L4 libraries still had a weird coverage pattern. All output can be found here.

Figures 1-2. Coverage for filtered CpGs in L3 and L4 samples 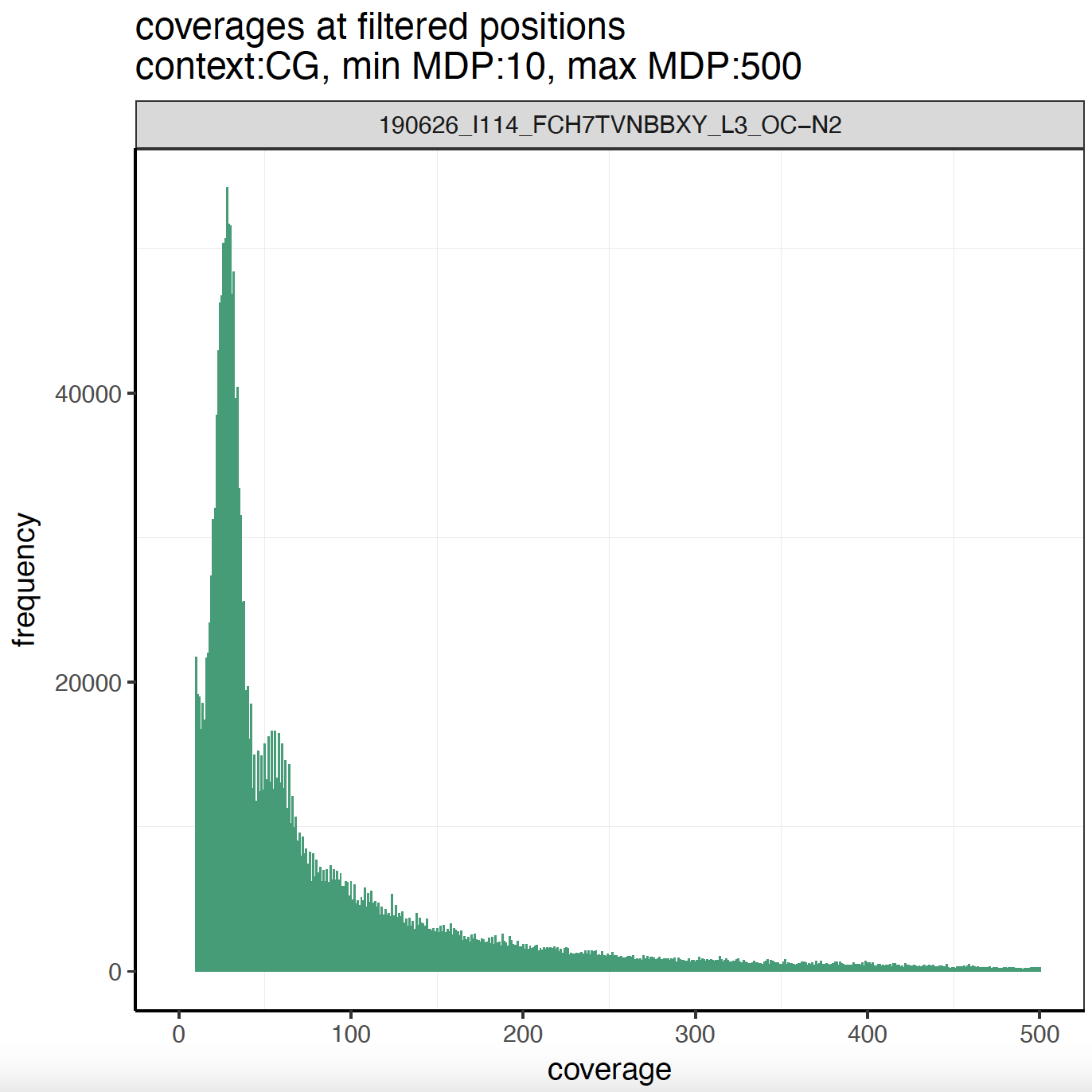 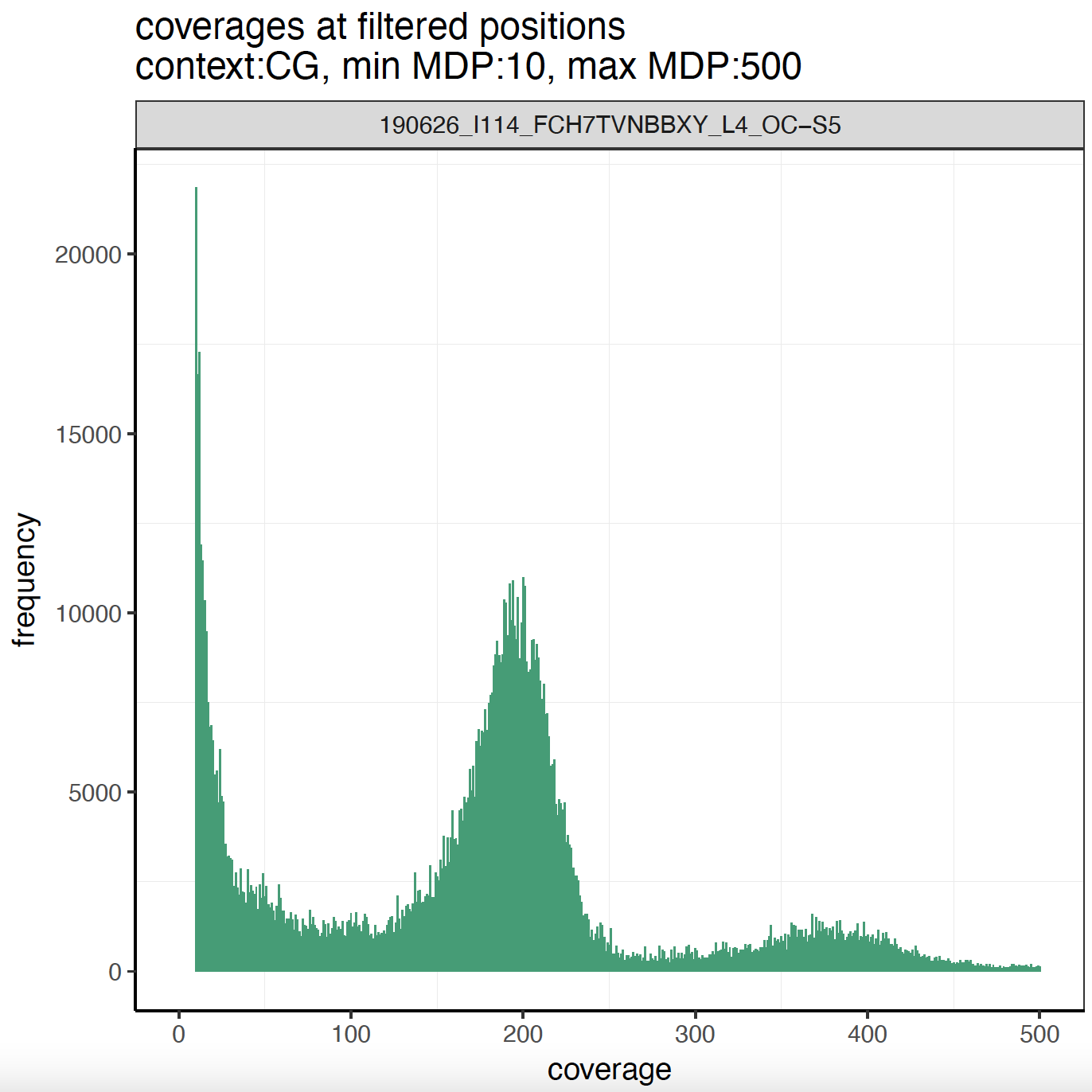 Prior to analysis, I needed to clean up and sort the filtered bedgraphs. I ran the following code to do so:

When I ran my BAT_summarize script, I got the following error:

I saw the following when I looked at the head of a sorted bedgraph:

I realized with the new genome that I likely had different columns I needed to remove! I modified the code as such:

I reran the analysis successfully! All output can be found here.

The summary pdfs can be found here. Interestingly, mapping to the new genome leads to almost zero levels of methylation across all samples and treatments: 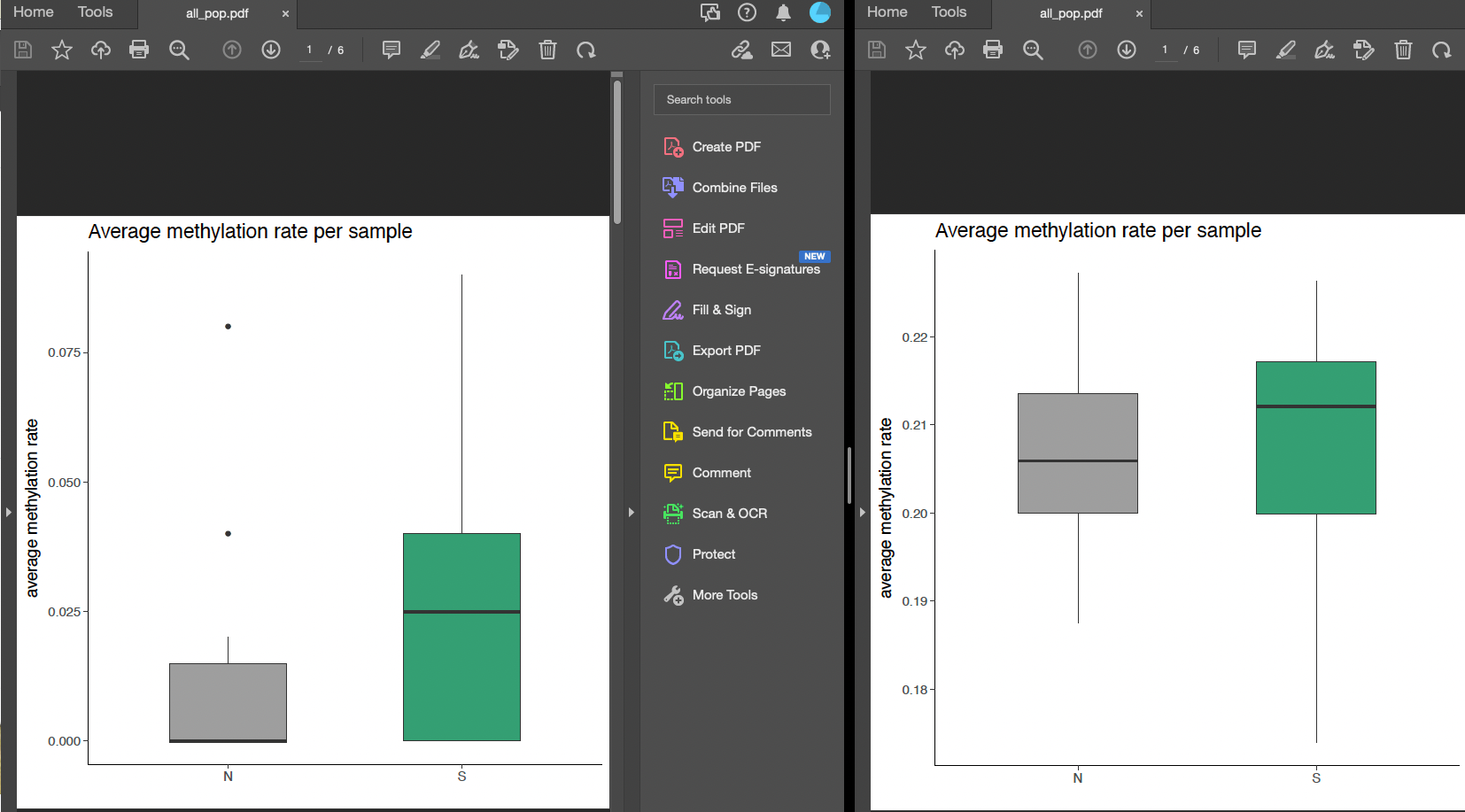 I don’t know why mapping to the new genome caused such large shifts in methylation. Maybe only unmethylated positions have coverage across all samples?