Previously, I showed that methylation levels are lower in Scorton Creek killifish. I wanted to revisit this analysis to make sure that 1) I used appropriate methods and 2) discern why there was less methylation in the Scorton Creek fish.

I returned to this Jupyter notebook for the analysis. One thing I noticed was that the number of CpGs with 10x coverage (5,413,381) was much greater than the number of CpGs in the output file for all populations (14,896). I think this is because BAT_summarize only uses data for CpGs with coverage across all samples. I want to see if global methylation information differs when I allow for missing data.

To do this, I first created a union bedGraph:

I then revised the percent methylation calculations for each population. Instead of using the common dataset for all samples, I used the dataset with common CpGs for either New Bedford or Scorton Creek. 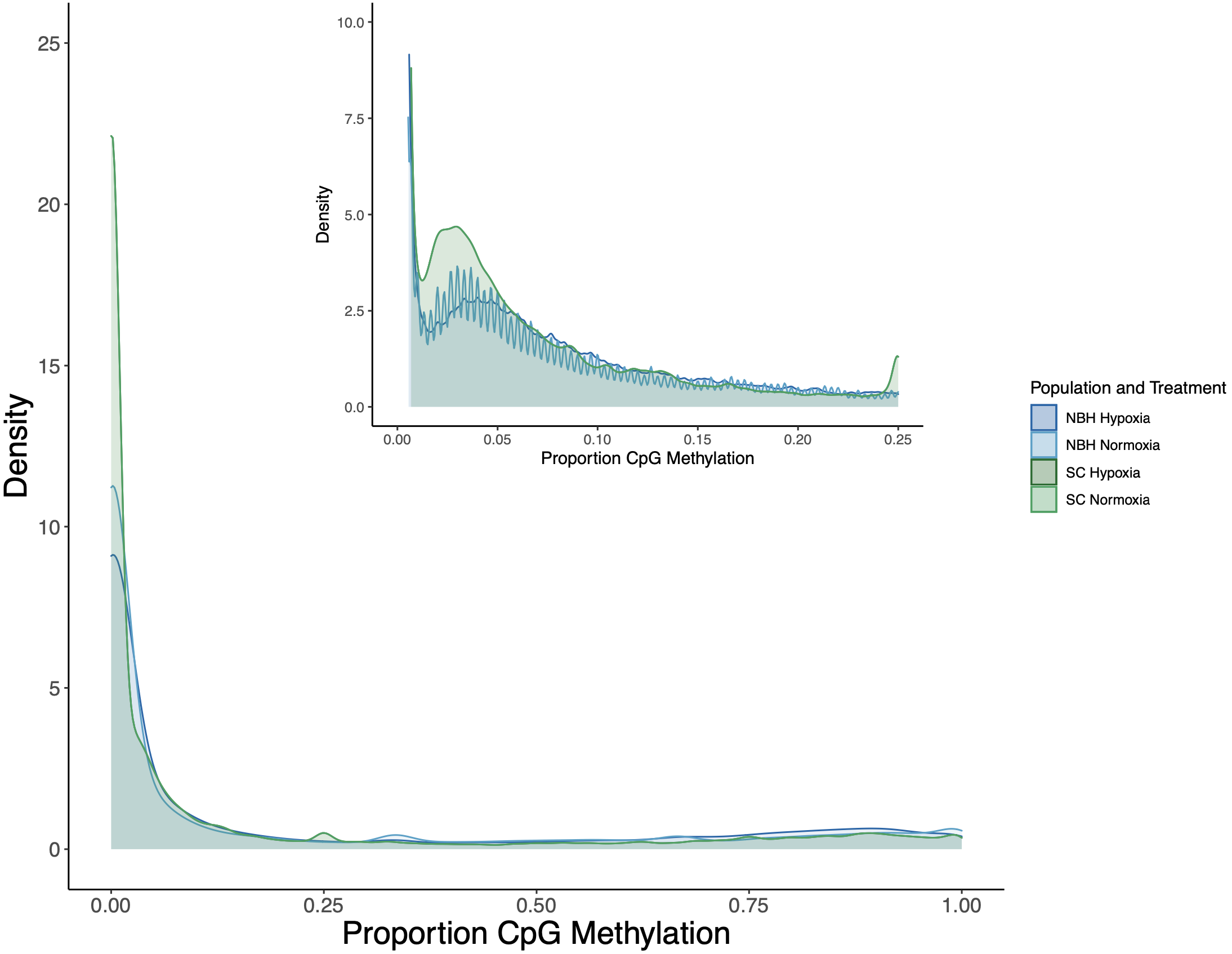 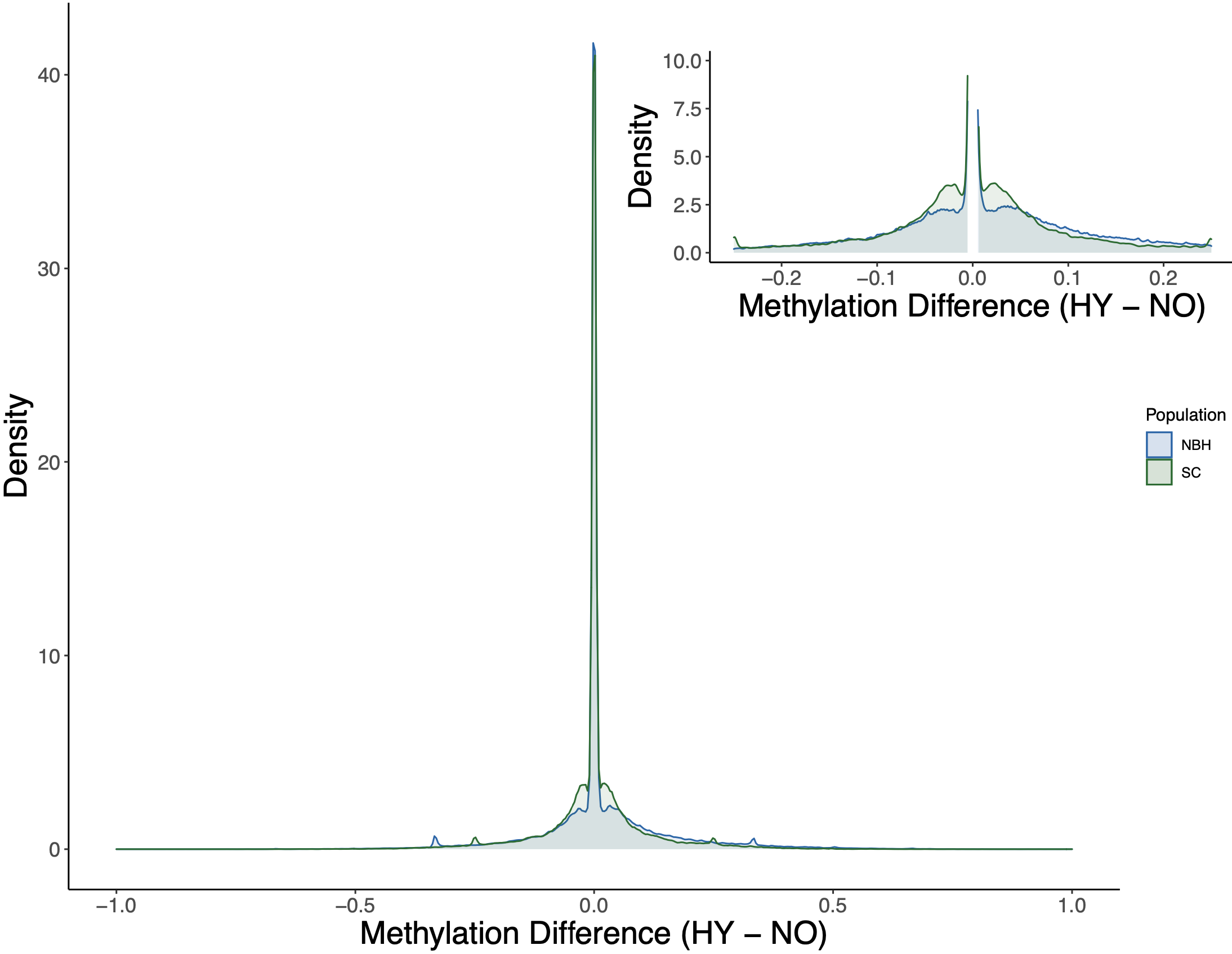 Figure 2. Density plot of methylation difference between treatments for each population

I then thought it would be good to have a circos plot showing methylation across some chromosomes for each population and treatment. I picked two chromosomes with the most methylated positions for each population. I used this link to learn how to use circlize and reformat the plot. However, I ran into an issue where some points were being plotted outside of the sector for each chromosome. I looked at the circlize manual, old Github issue, and another issue but couldn’t find a solution that worked for my data. So, I posted my own. I at least was able to start the process of creating a circos plot, and hopefully my issue gets addressed soon! 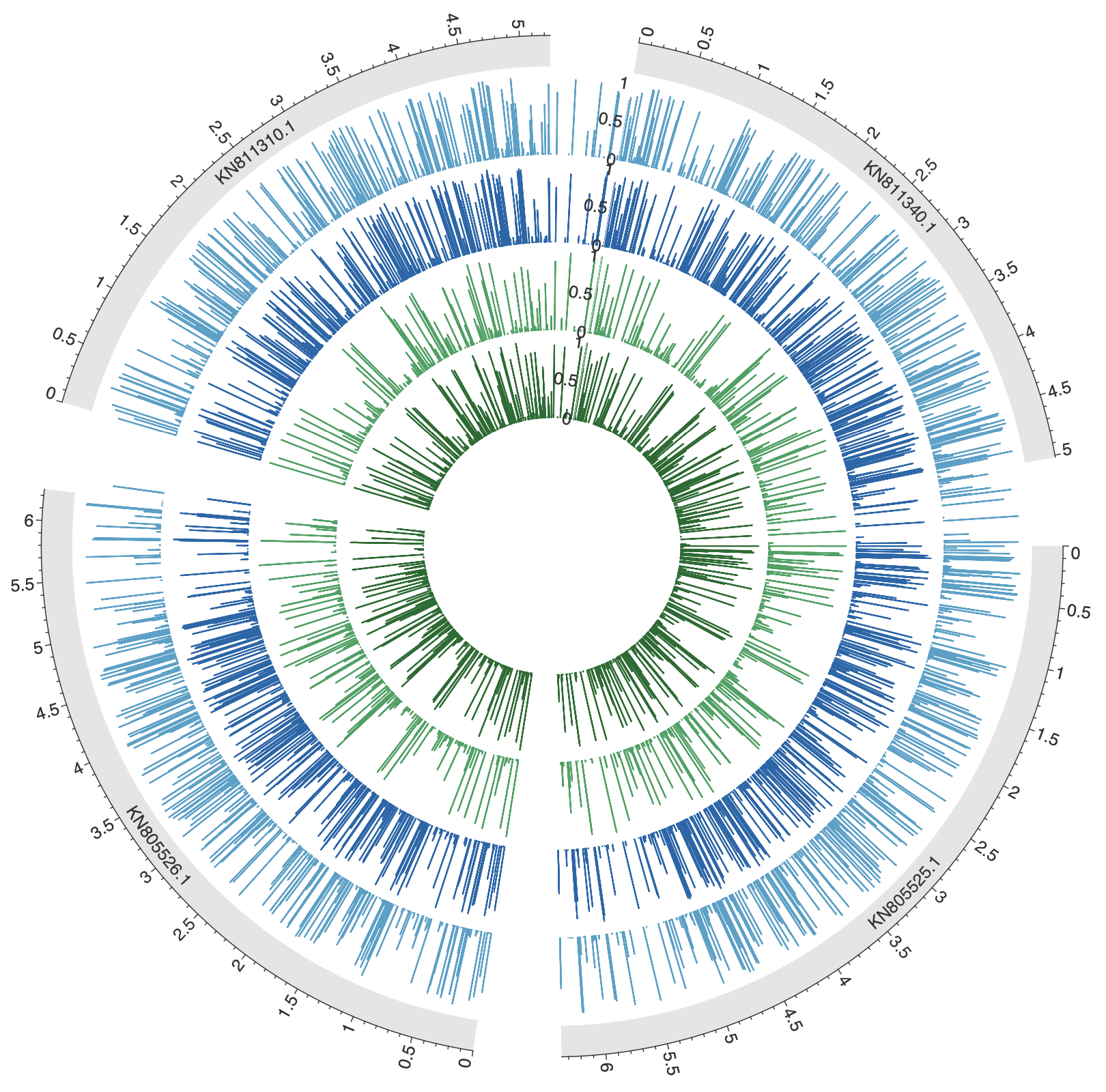