In this R Script (side note: can you believe I ever used plain R and not R Markdown?! I cannot wait to convert this script into an R Markdown file) I took my protein abundance data and first transformed it using a Hellinger’s transformation. The idea here is to control for any rare peptides or high instances of 0s by downweighting them in the analysis. Then, I used a euclidean distance matrix on the transformed data. Finally, I ordinated the data with an NMDS. I performed either a one- or two-way ANOSIM to assess the significance of groupings

For this ANOSIM, the R statistic was 0.088, meaning that within group and between group similarities were equal (p = 0.073). There is no evidence to refute the null hypothesis that site and habitat groupings exist. 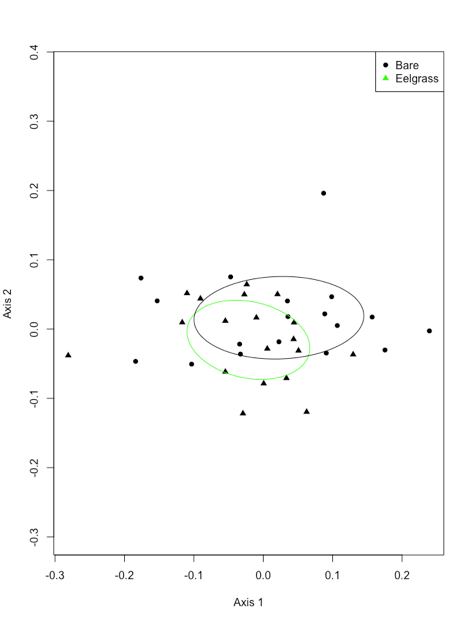 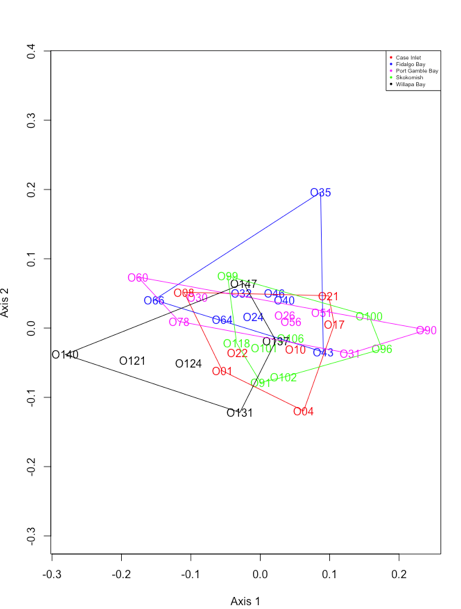 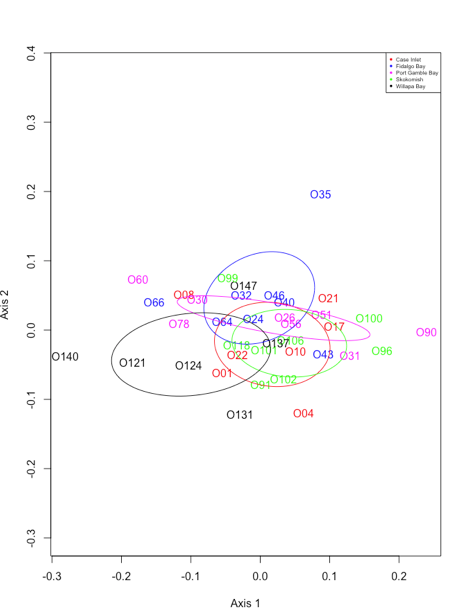 Figures 2-3. Ordination of protein abundance data looking solely at site designation. Oyster sample IDs for each site are either bounded by a polygon (top), or confidence ellipses are used to demonstrate overlapping nature of data (bottom). Both the polygon and confidence ellipse for Willapa Bay are slightly segregated from the other four sites.

I correlated the NMDS scores with the original data matrix to obtain loadings, then plotted only those that were significant at the 0.001 level. Turns out that’s a lot of peptides. 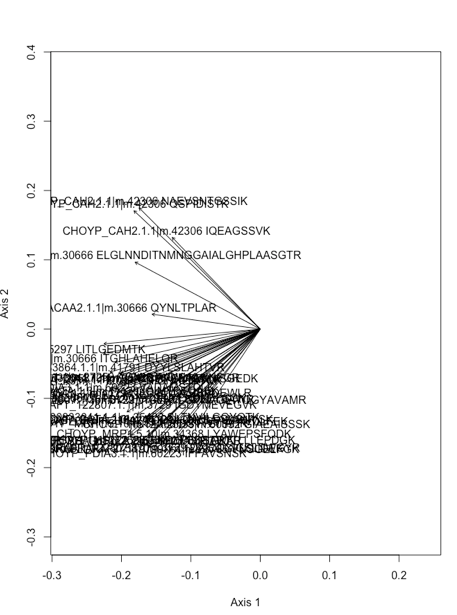 I’ll need to revise the significance criteria to see if I can plot less loadings up there.