I spent most (yes……most…………RIP) of the past two days revising my ordinations and creating ordination figures. Sidenote: I also ordinated means and variances separately as per Julian’s suggestion.

During my meeting with Julian on Friday, he suggested I use simper to identify loadings that contribute to any significant ANOSIM results. The code is as follows: 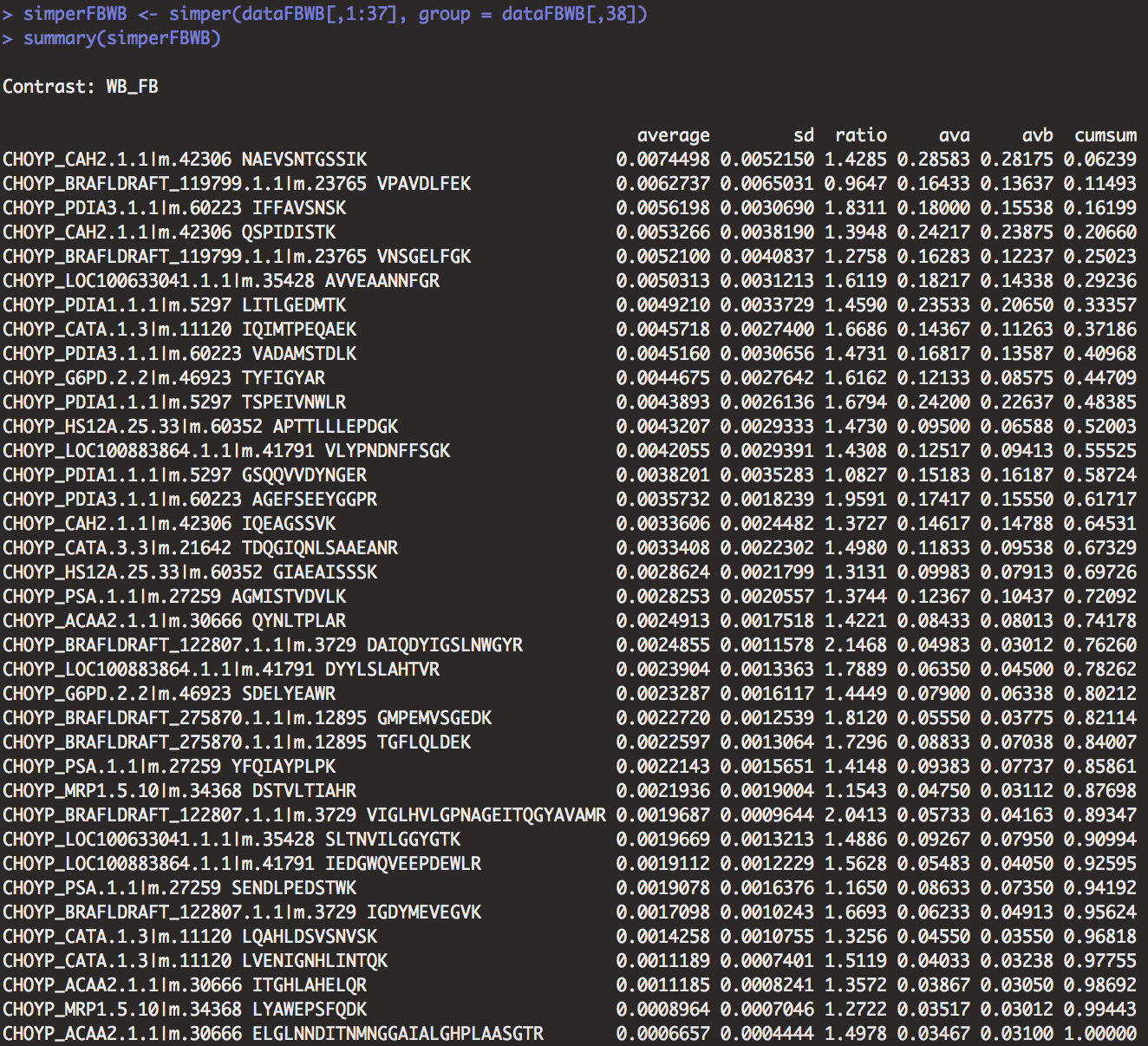 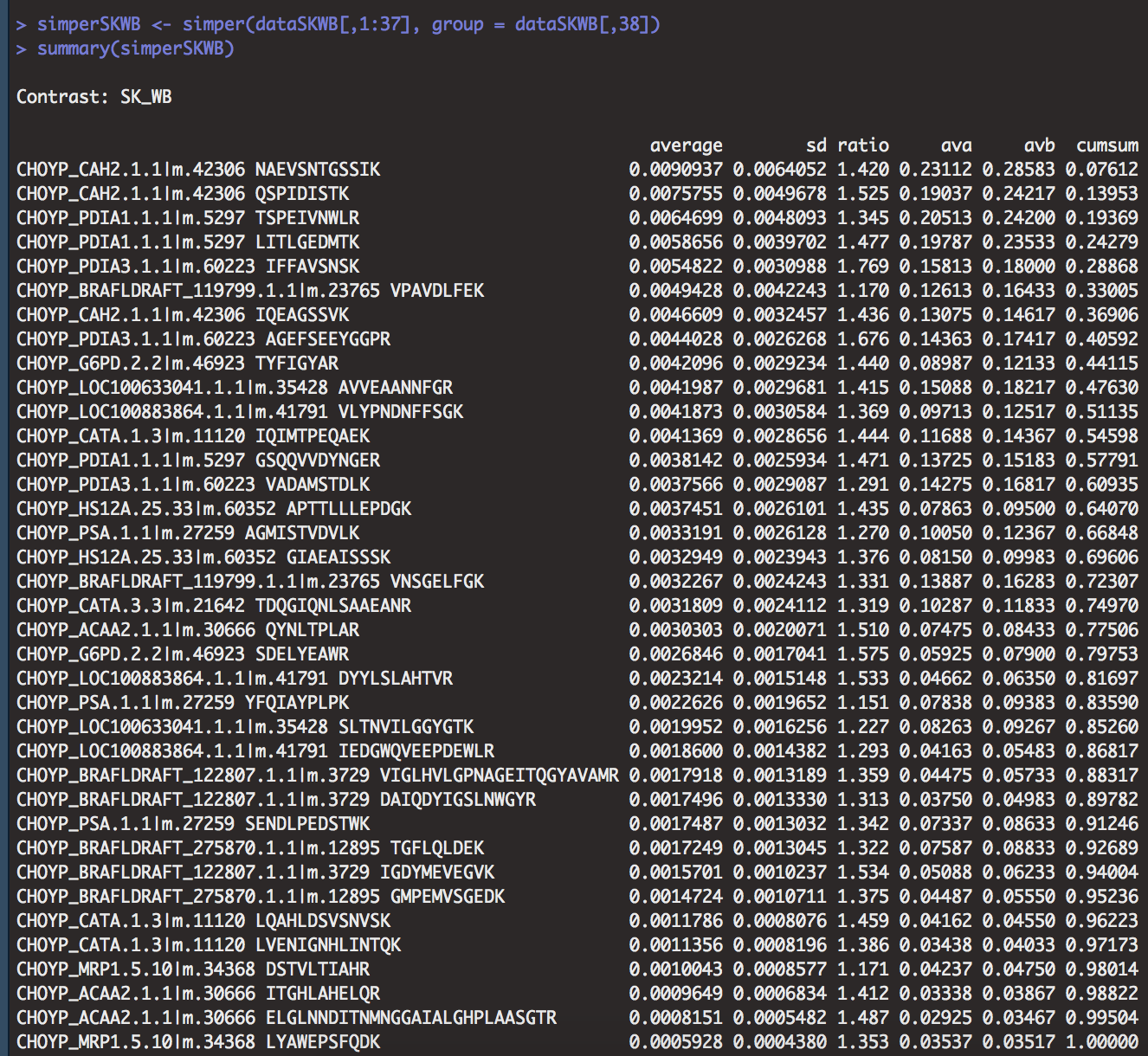 …and my thought process for selecting loadings to display: 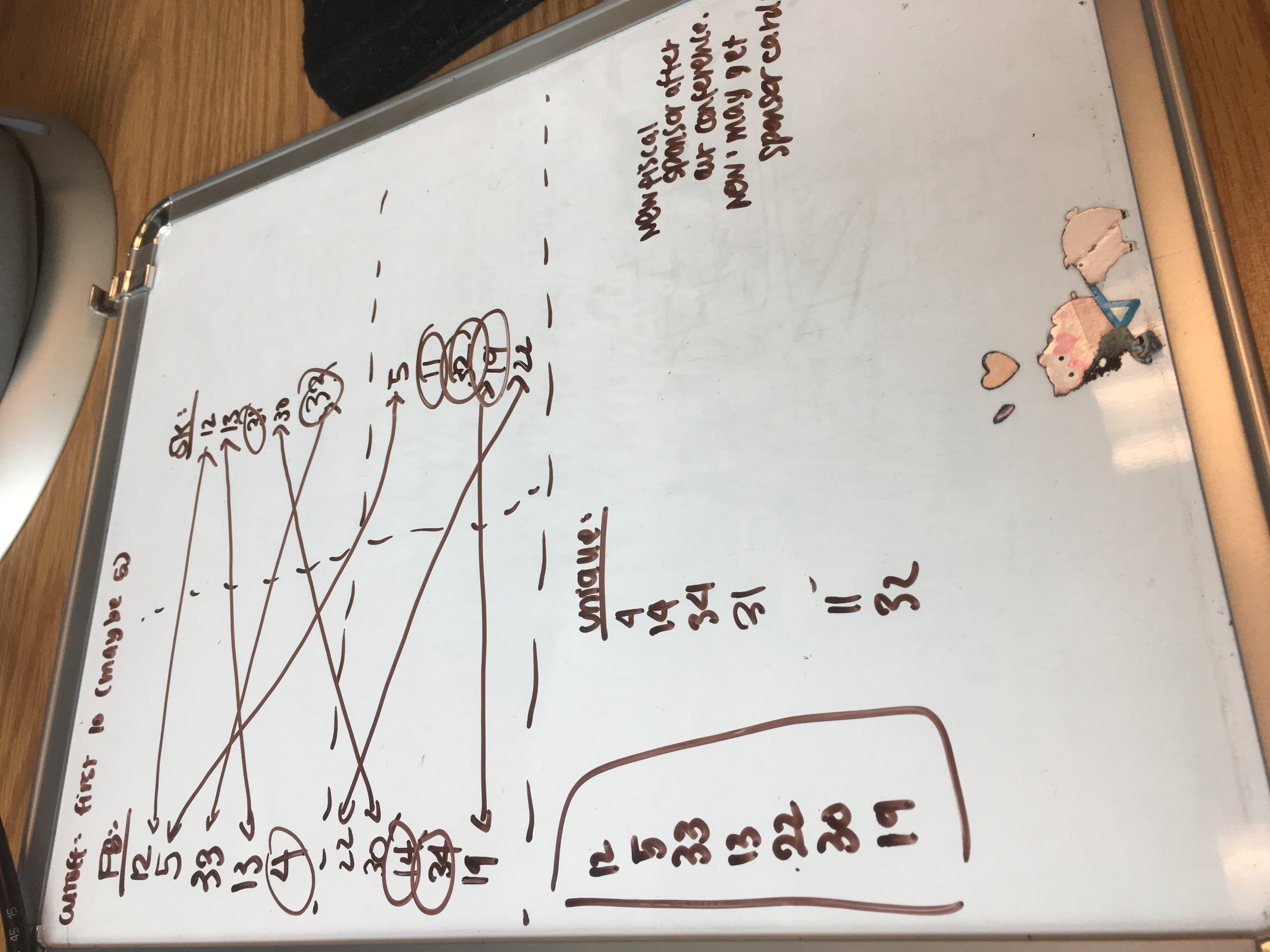 In essense, I identified the first 10 peptides in the simper output for the FB-WB and SK-WB contrasts. I then selected the peptides that were common between the two.

For the mean and variance simper output, I again looked at the FB-WB and SK-WB contrasts. I took the first 5 dates in the simper output for each environmental variable that was significant in an ANOSIM (dissolved oxygen and temperature for means; pH, dissolved oxygen, salinity, and temperature for variance). The later outplant dates were the ones differentiating FB-WB, while the earlier dates were more important for distinguishing SK-WB. 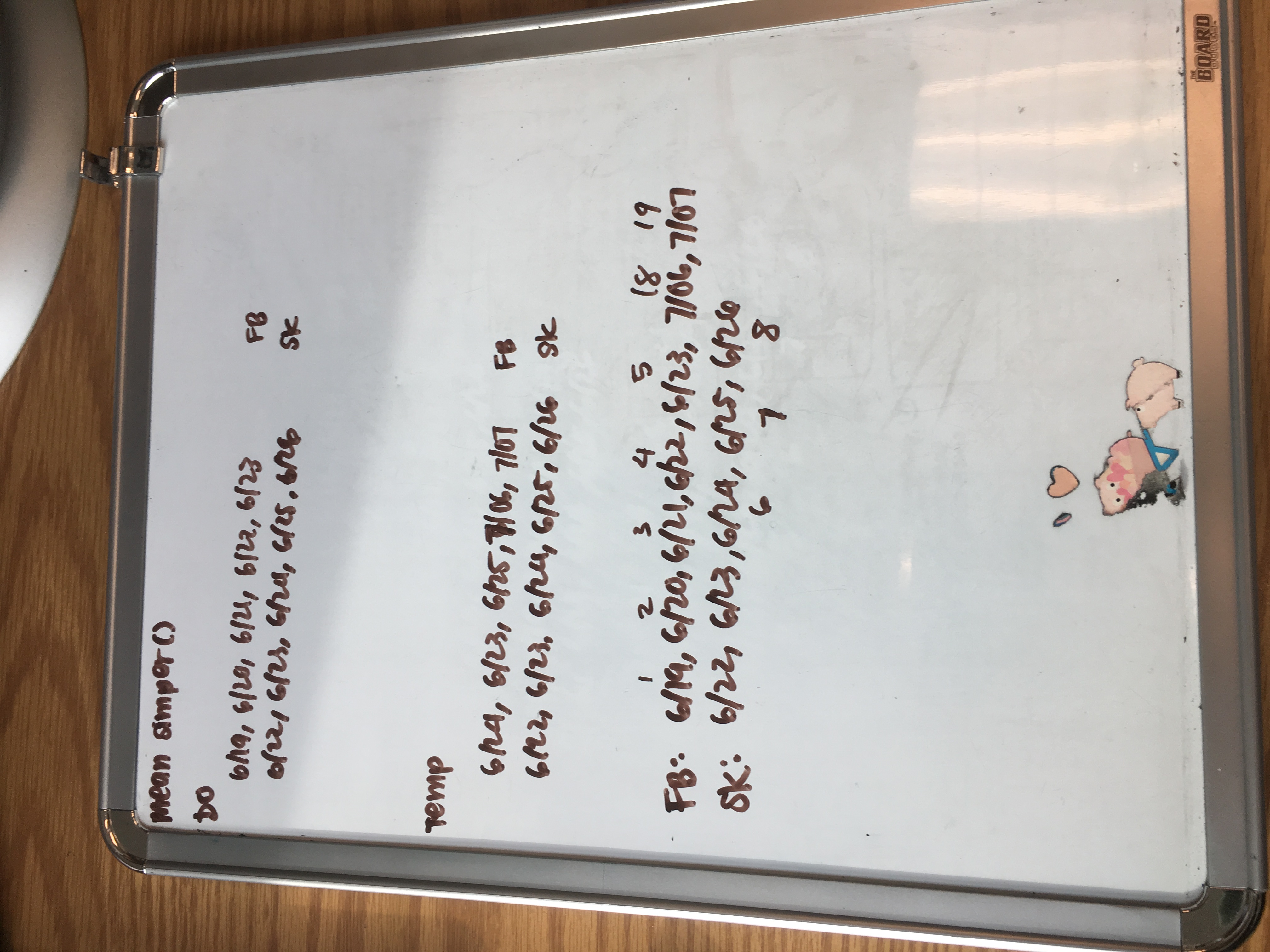 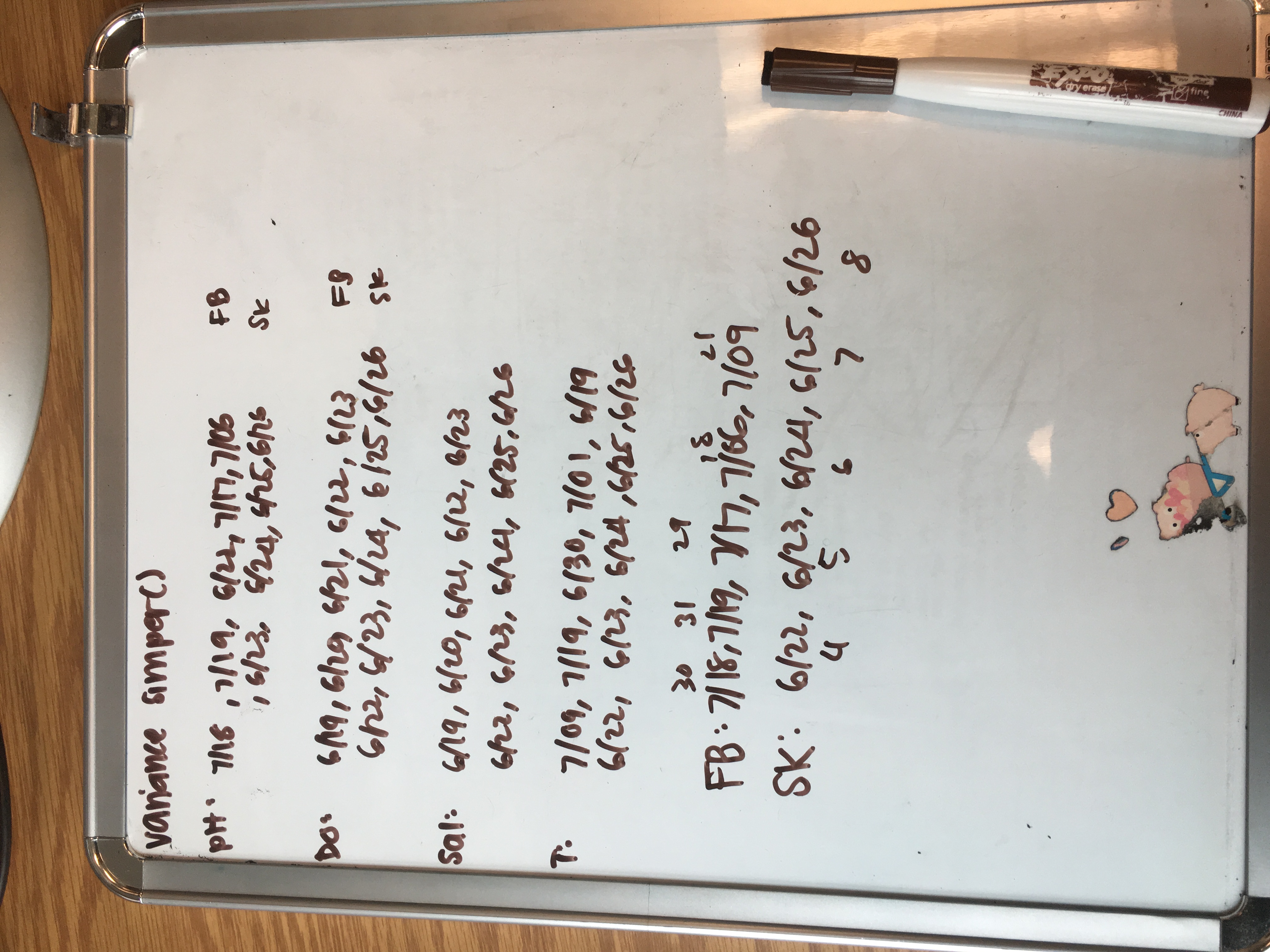 In this script, I cobbled together a multipanel plot with all of my ordination plots! It still needs a little work for the inner margins, not cutting thigns off, and legend display (maybe under each ordination set…?), but I was too tired after 3 hours of plot manipulation to do anything else shrugs. The pdf can be found here, and a screenshot is below: 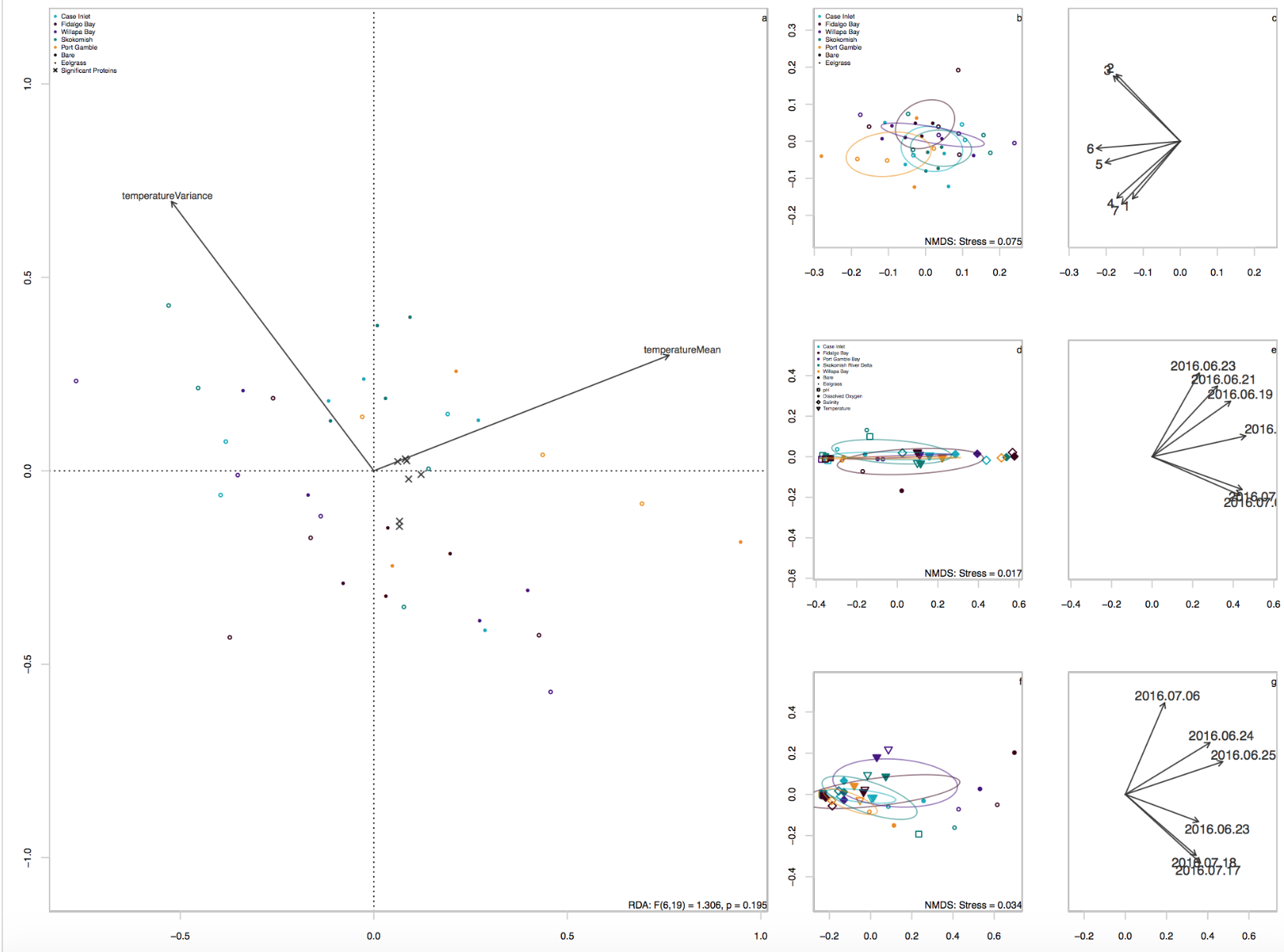 I wanted a better plot for my environmental data, so I made one over Thanksgiving! Note how it uses the same colors for each site as the multipanel plot :wink: The code can be found here. 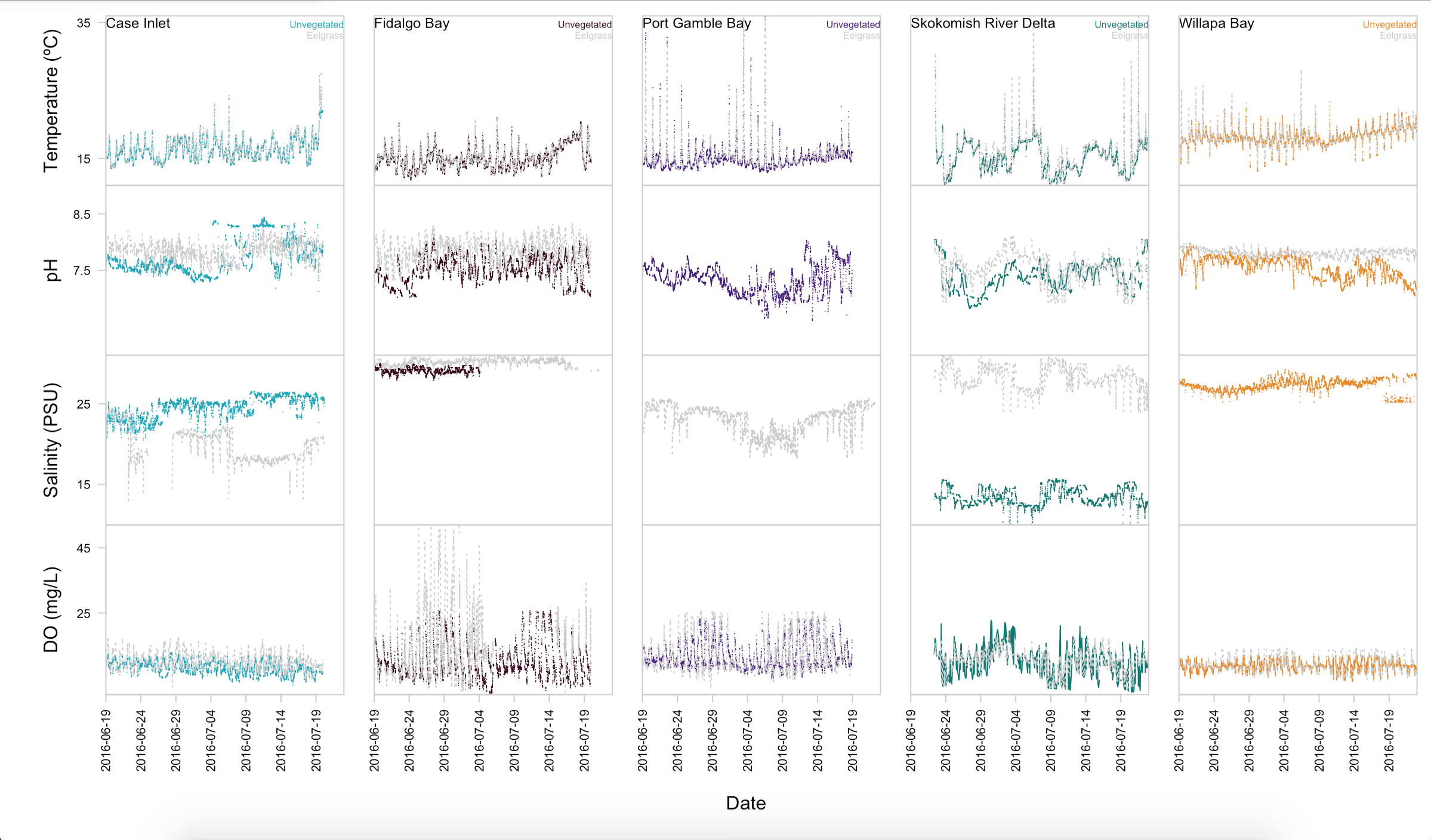 As per reviewer suggestion, I changed the colors on my protein abundance heatmap (code here). In InDesign, I changed which peptides and proteins were marked as signficantly different. I know there’s a way I could do this in R, but it was 8 p.m. and I was in SAFS on a Saturday so…shrugs. 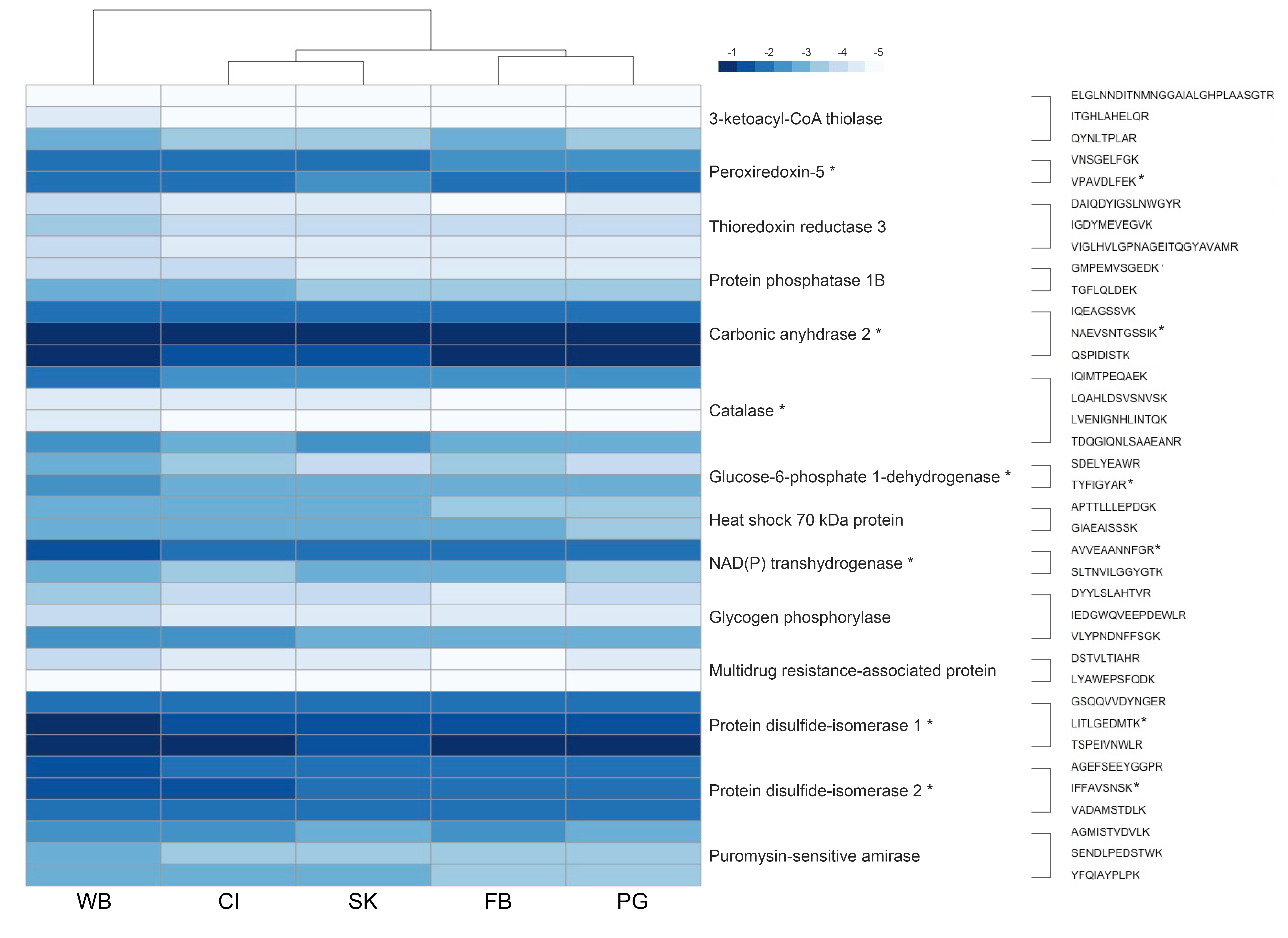