After attending the March Hatchery Meeting, Laura and I set out to complete our lofty to-do list:

One thing we did forget to do was note probe location and switch them around. I will need to do this on Monday.

I learned the C. gigas are much dirtier and “wilder” than I originally thought. When I was cleaning them, I found several polychaetes, especially in the larger oysters with lots of nooks and crannies in their shells. I also found sponges, mussels and annemones growing on them! I had to remove all of these organisms and thoroughly clean each oyster about 3 times with freshwater before all of the fecal waste and other organisms were off the shell. I was definitely drenched afterwards! 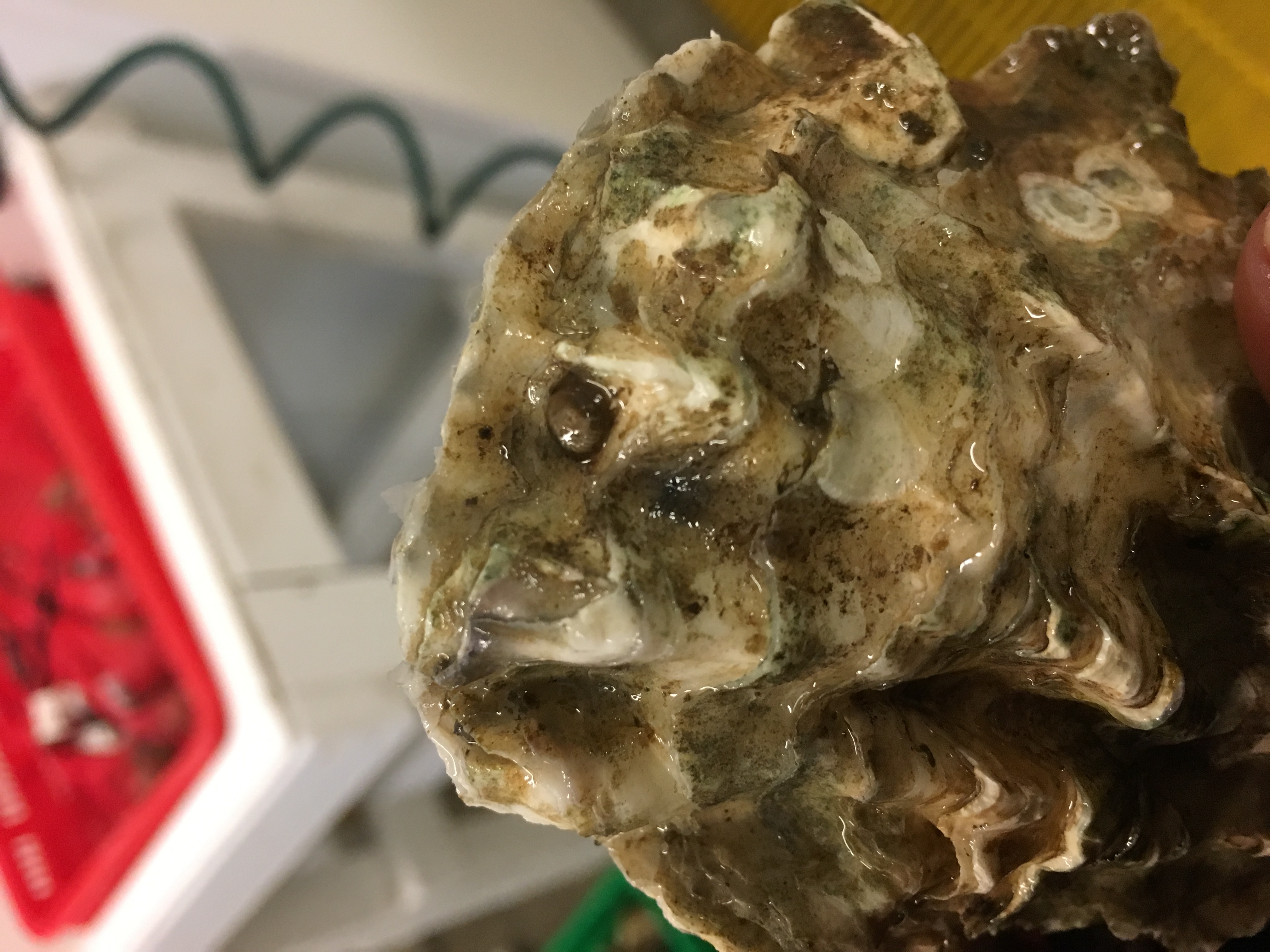 The anemone I found on one of my oysters. 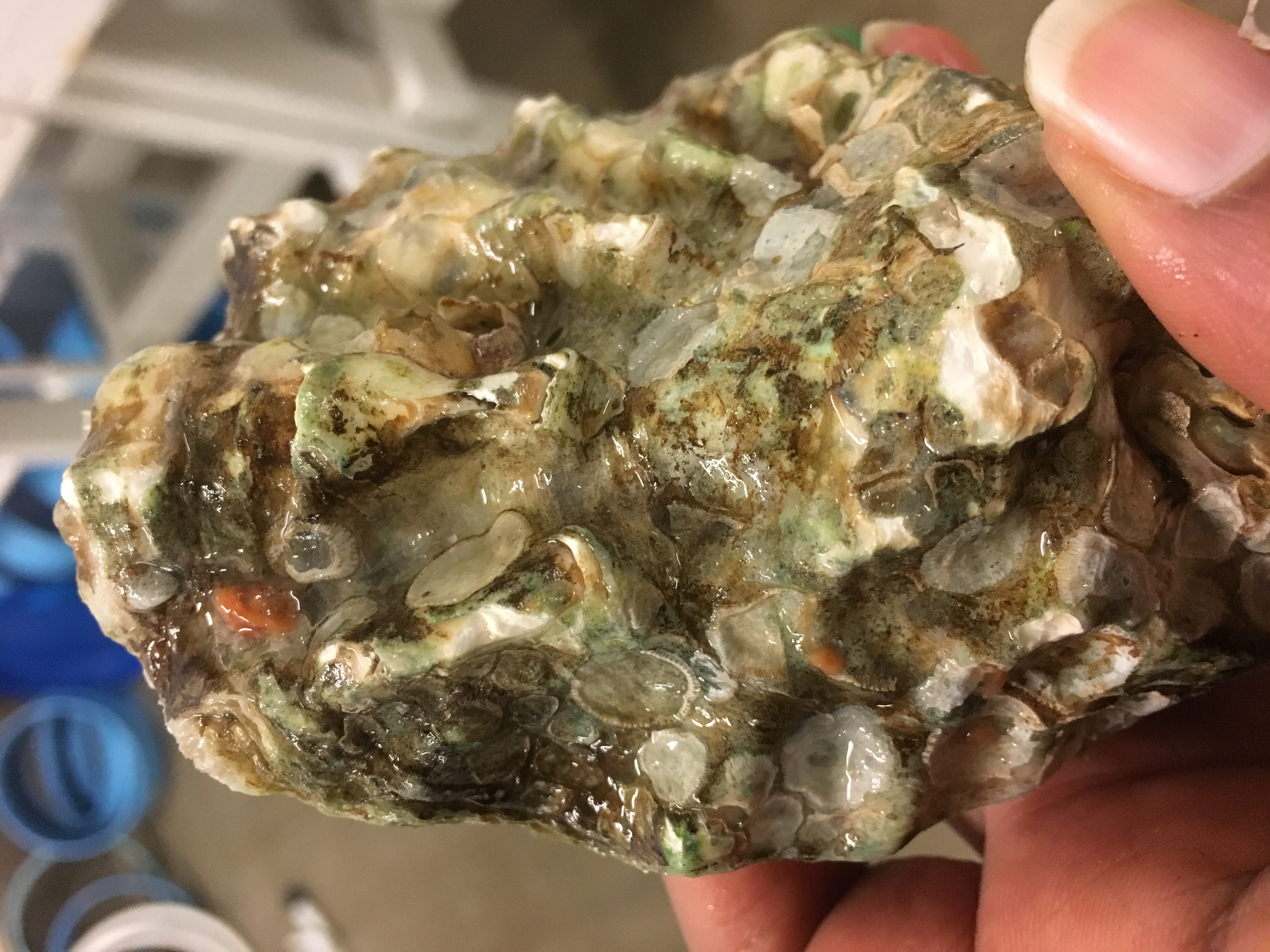 I also saw some of these orange sponges on a couple of oysters. I scrubbed them off as thoroughly as I could. 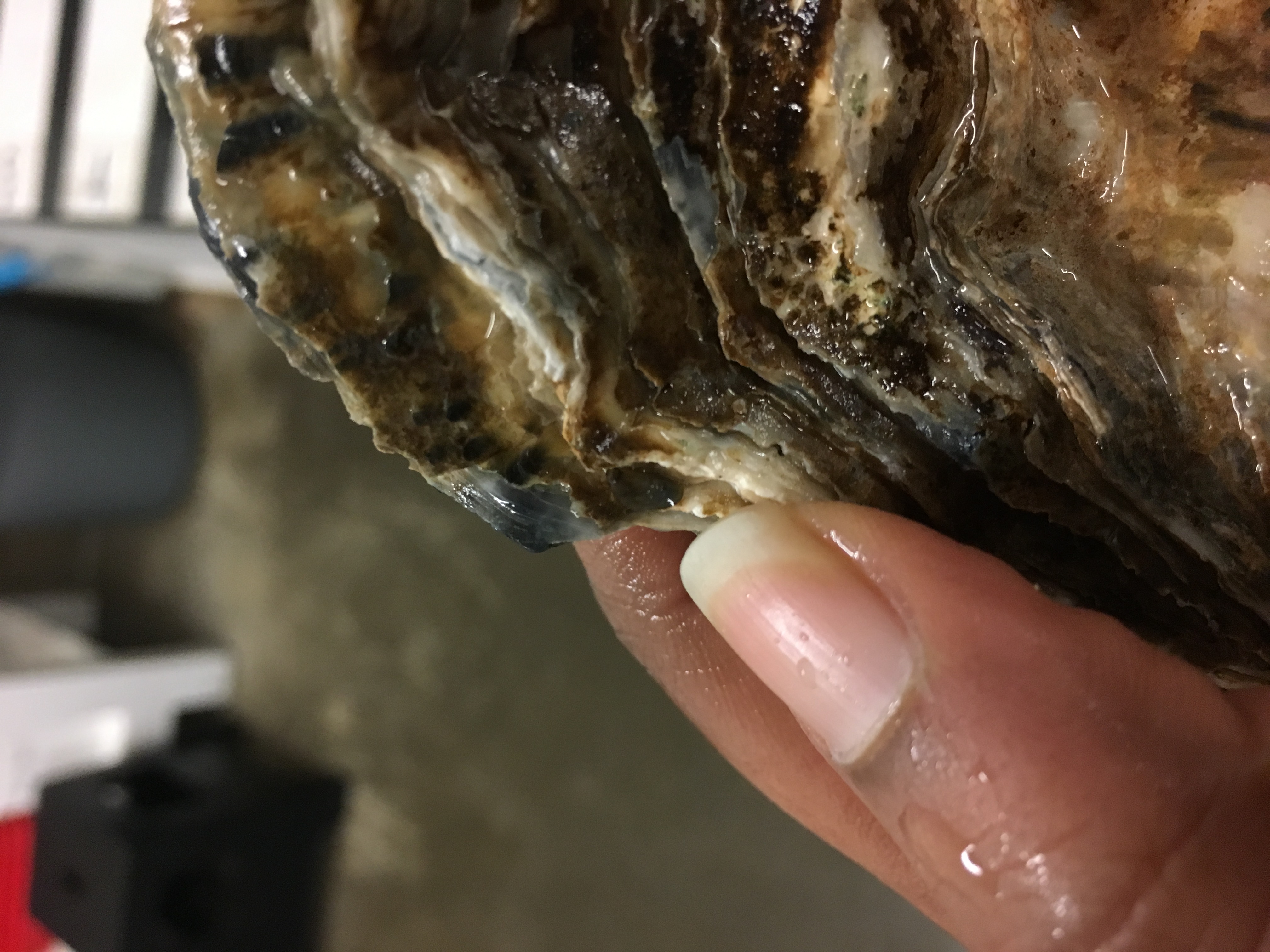 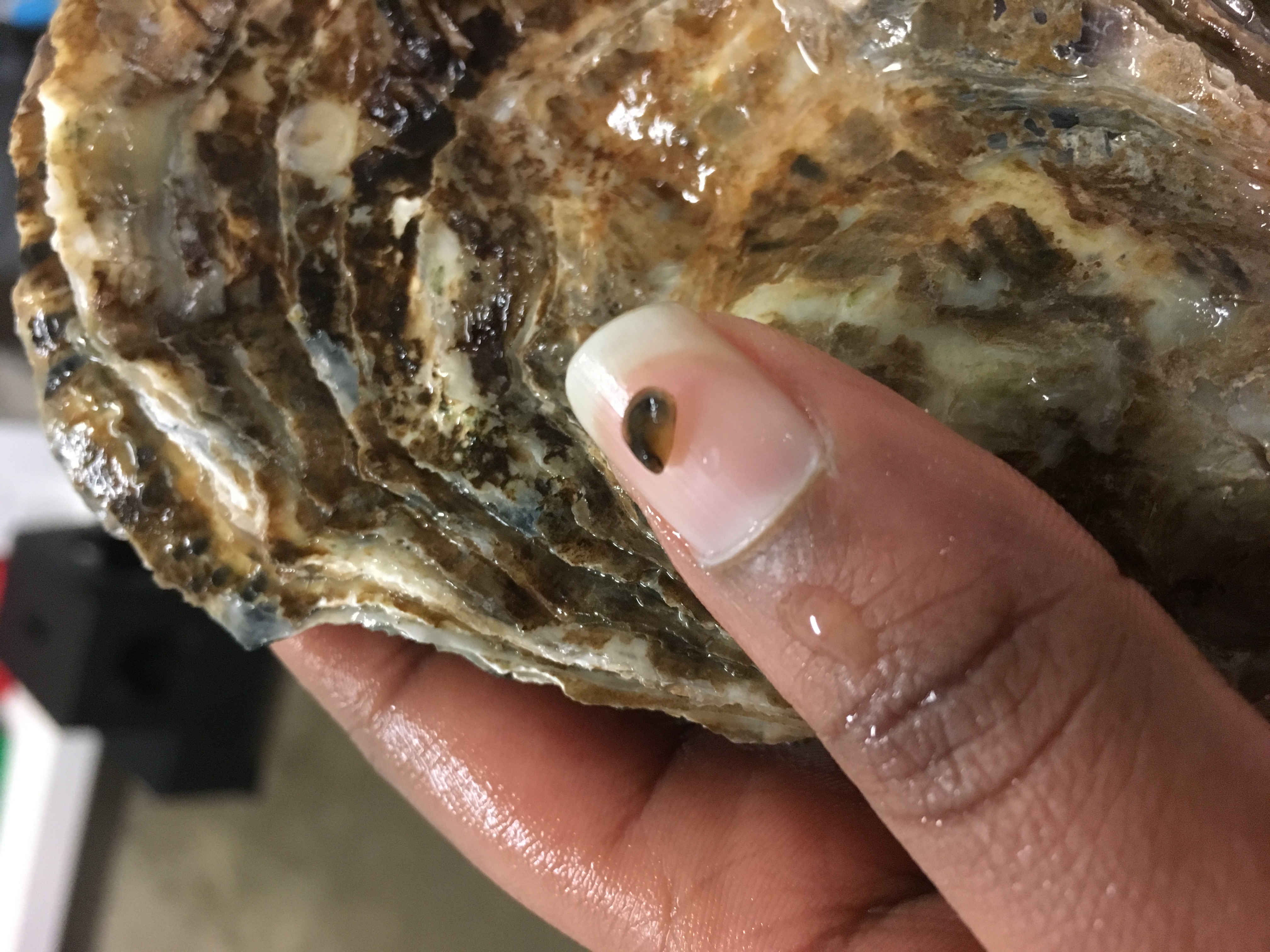 There were several small mussels in the crevices of my oyster shells. Some oysters had 3 or 4 of these mussels. In the top image, my nail is pointing at one of them. They really blended in with the oyster shell! I removed each mussel and crushed them before washing them down the drain.

Hopefully I won’t have to spend 3 hours cleaning :poop: and other critters off my oysters next week!