Based on feedback from Friday’s meeting, I concatenated my CpG distribution data and created stacked barplots to investigate trends by methods in this R Markdown script.

Since my datatable had columns for percent CpG and rows for each method, I transposed the table to use in prop.test. I conducted pairwise tests within each species that compared the distribution of CpG type in one method with another.

As I expected, the distribution of CpG type is significantly different between RRBS and MBD-BSSeq in both species. It’s interesting to see that the WGBS vs. MBD-BSSeq comparison is ony different for P. acuta. This could be because M. capitata is a more heavily-methylated species, so by default WGBS does a good job picking up heavily methylated regions.

I also conducted similar pairwise tests to look at method sensitivity between species.

It looks like WGBS is different between the two species, which would feed into the hypothesis that M. capitata is a more heavily methylated species to begin with.

The next thing I wanted to do with this data is create stacked barplots similar to what I made for the C. virginica gonad methylation paper. I wanted each bar to be a different method, and then I wanted to “stack” the percent of CpGs that were methylated, sparsely methylated, or unmethylated. This was simple enough, but the tricky part was figuring out how to make each method a different color with a separate gradient to signify the different CpG types. I thought I could just create a color vector with nine entries instead of three, but barplot reused the first three entries for all the bars! After doing some digging, I found this link. To do this, I needed to create a new matrix from the original data I’m plotting, then finding a way to ignore the other columns and column names.

After I figured that out, I found a way to add line segments and text to indicate which pairwise comparisons were significant.

I messed around with adding a greyscale legend, but I didn’t like the way it looked. I’ll deal with that later. 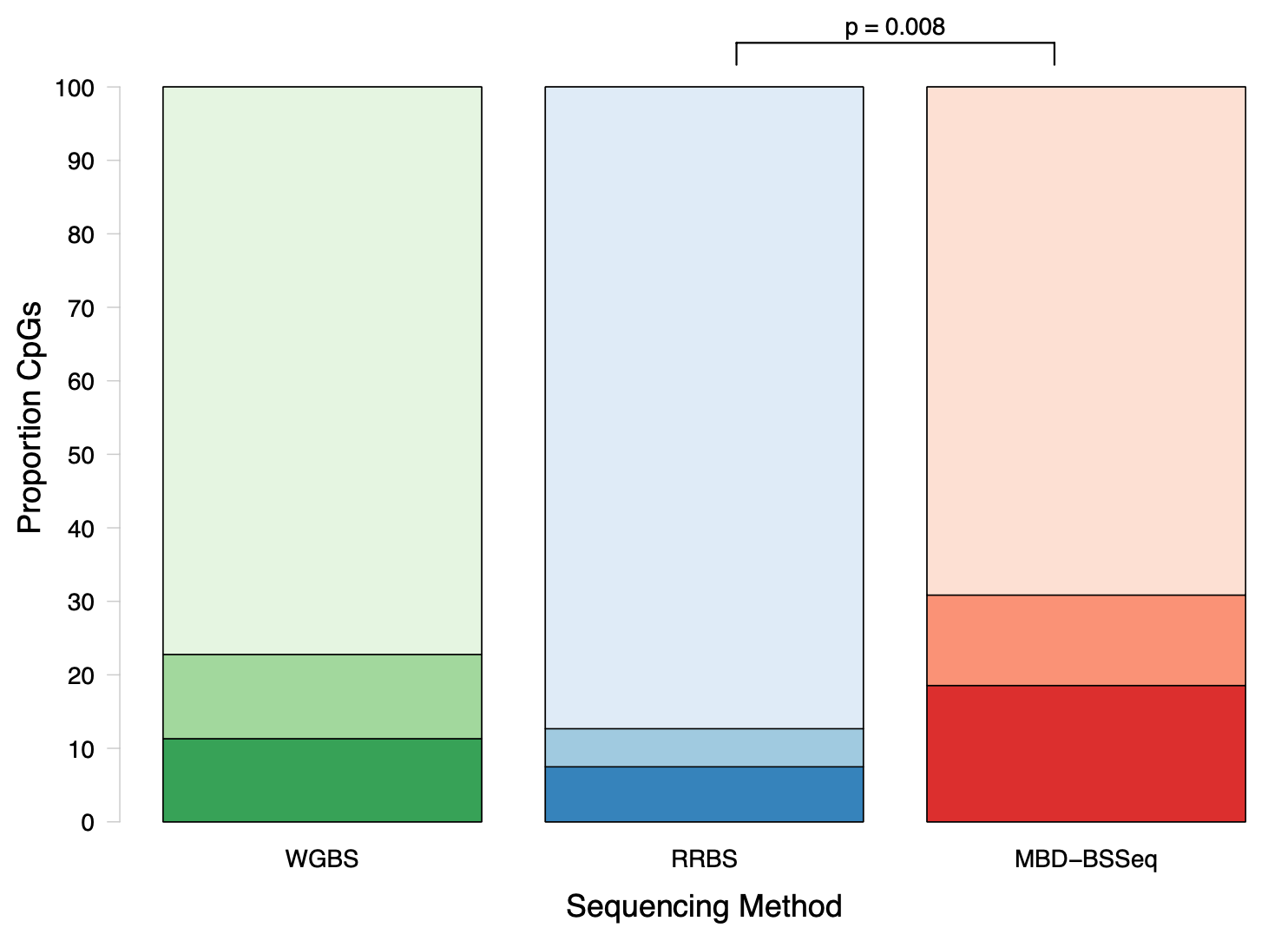 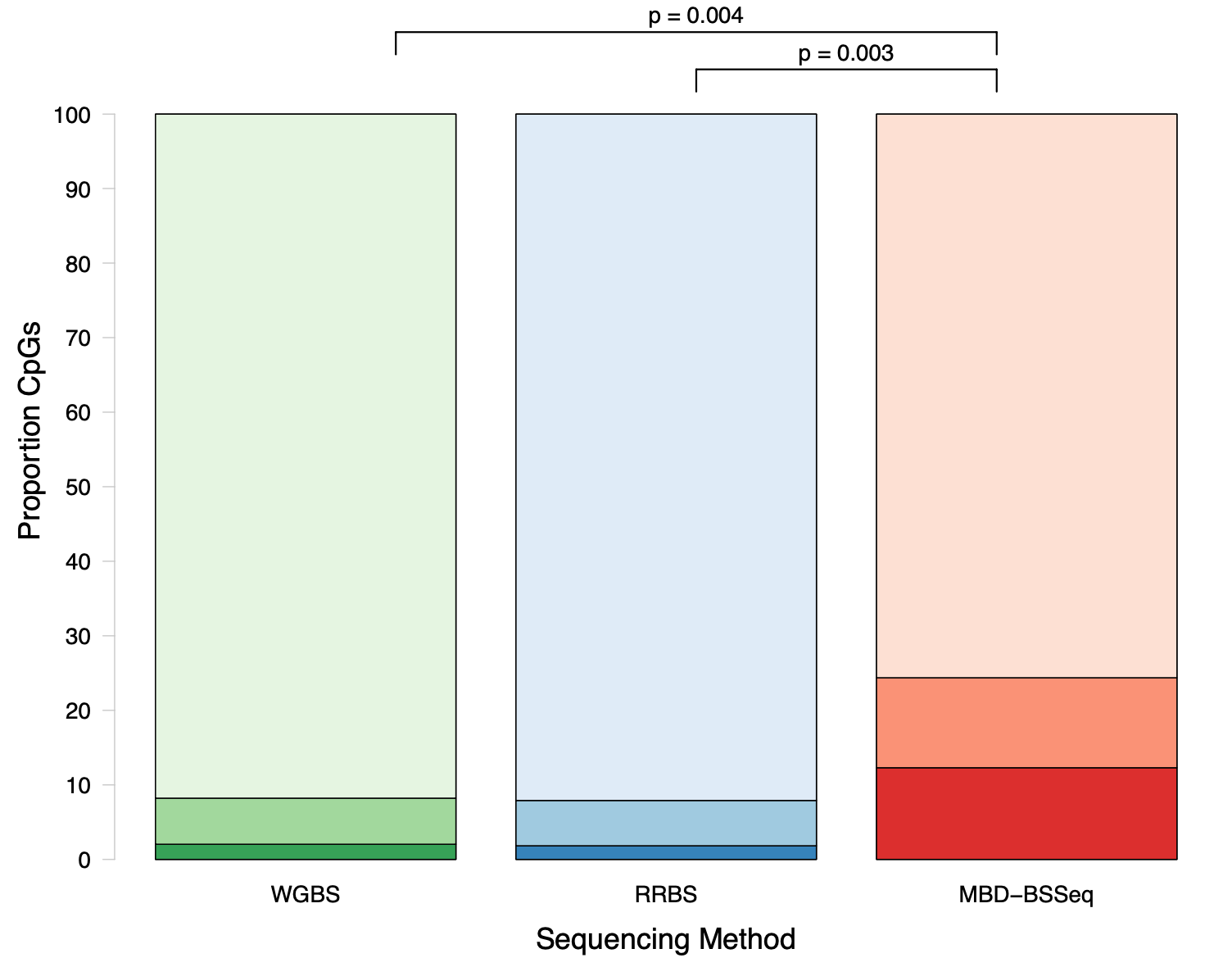 After all of this work, I started to have some doubts about how I concatenated the data. I summed all the categories between the three samples then calculated percentages. However, Hollie used averages to create Circos plots. I wasn’t sure which method was better (and I went back-and-forth when I was doing it in the first place), so I commented in this issue only an hour after I closed it. Whoops.