A few SEAS volunteers and I helped Mary bring her Fisheries and Genetics lesson to Robert Eagle Staff Middle School’s sixth grade science classes. Because we were split between two classrooms, I got to lead the lesson in the other classroom since I was the only other volunteer familiar with genetics.

The first thing we did was introduce the class to the Pacific cod fishery. We then had them “fish” for cod themselves! Each group of four got some foam fish that they had to pick up using only the suction from a straw. After their first “fishing season,” we gave them a NOAA Fisheries Research Update that said the fish they had were from two different spawning groups, and they needed to keep both spawning groups active while fishing.

We then discussed how scientists can differentiate between spawning groups in real life — with genetics. We reinforced what their teachers taught them about alleles and genotypes by giving them a real life example. We all got to taste PTC paper and determine whether or not we had a genotype with a dominant allele. Turns out PTC paper tastes like nothing for me. Recessive alleles all the way. 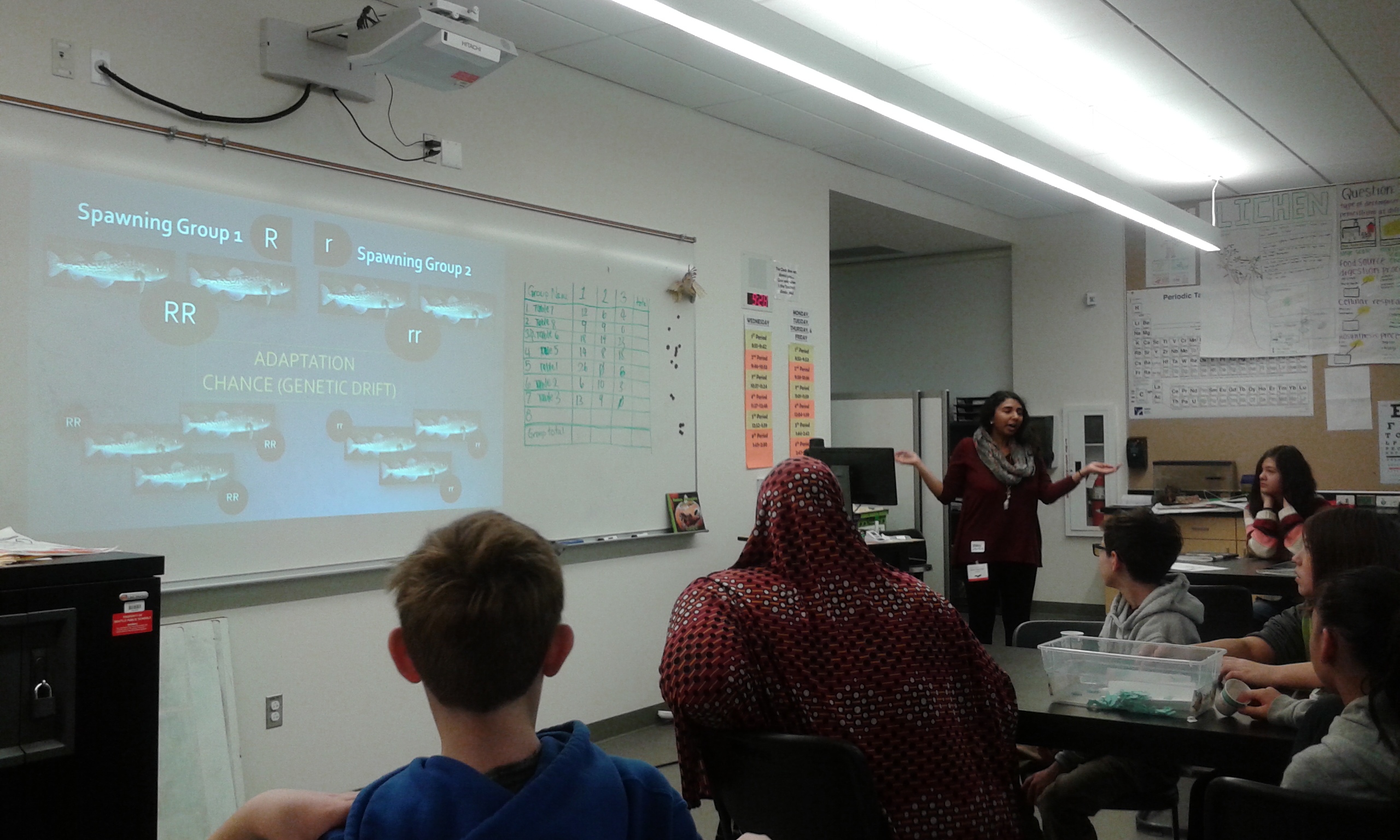 Three periods of science class later, I had to rush out. The teachers and school were great, so hopefully I can go back there and teach a lesson of my own!