All aboard the NMDS Struggle Bus

The first step in my analysis is to see if my technical replicates cluster together without any normalization. If they do cluster, that means both mass spectrometer injections were similar and I can keep them for further analysis. If they do not cluster together, I must remove them from my dataset.

All of my work can be found in this R script. Here’s what I did: 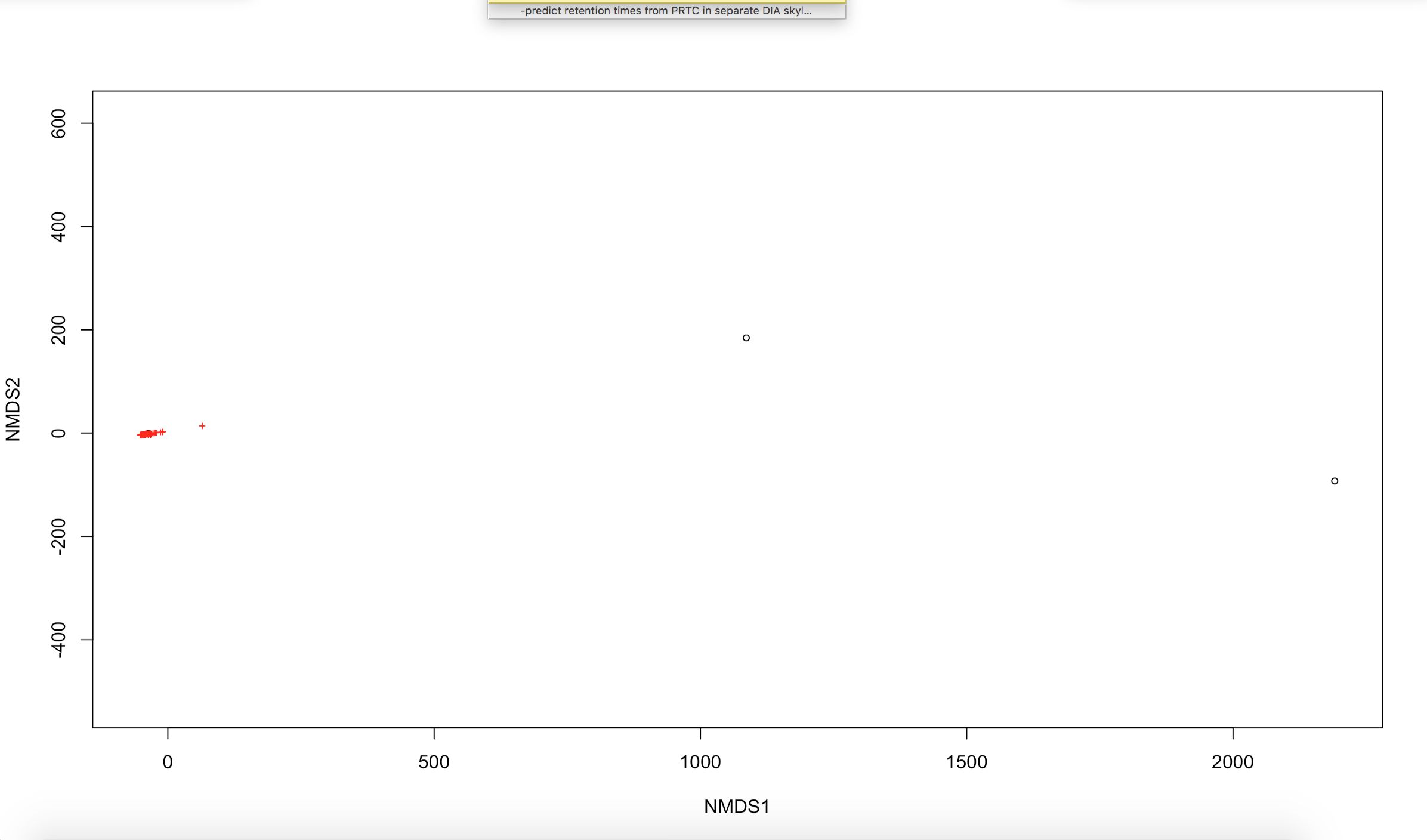 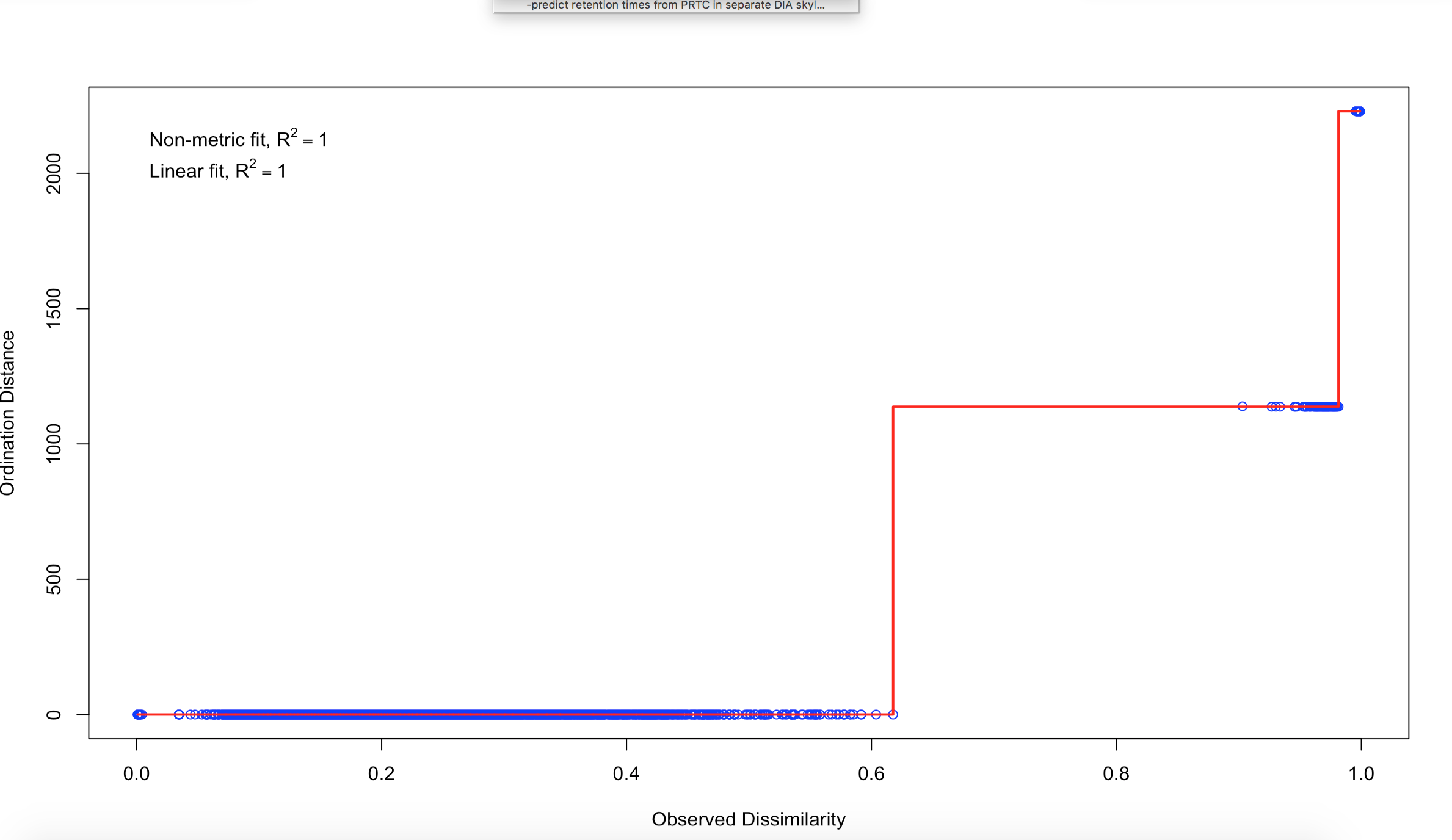 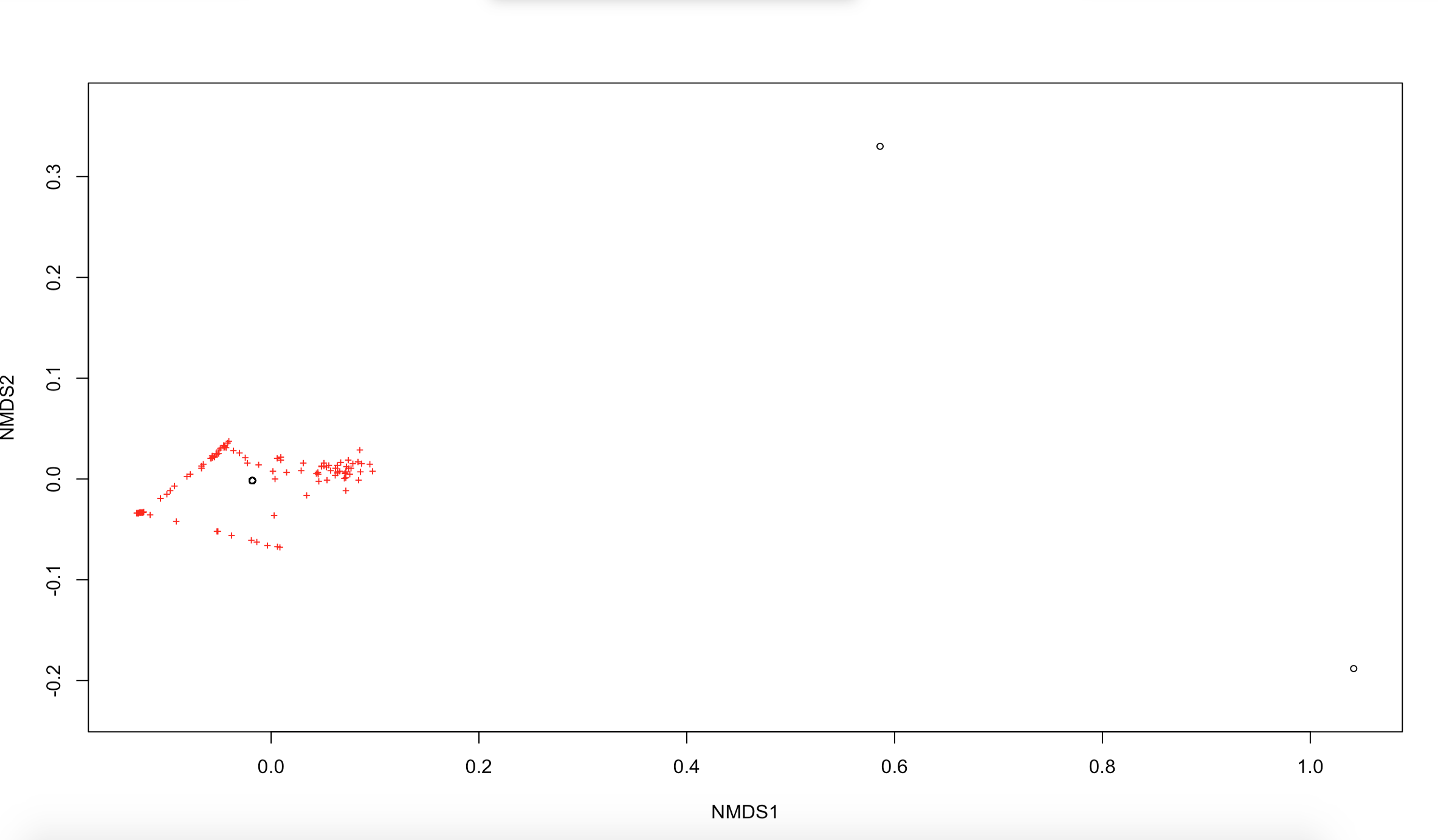 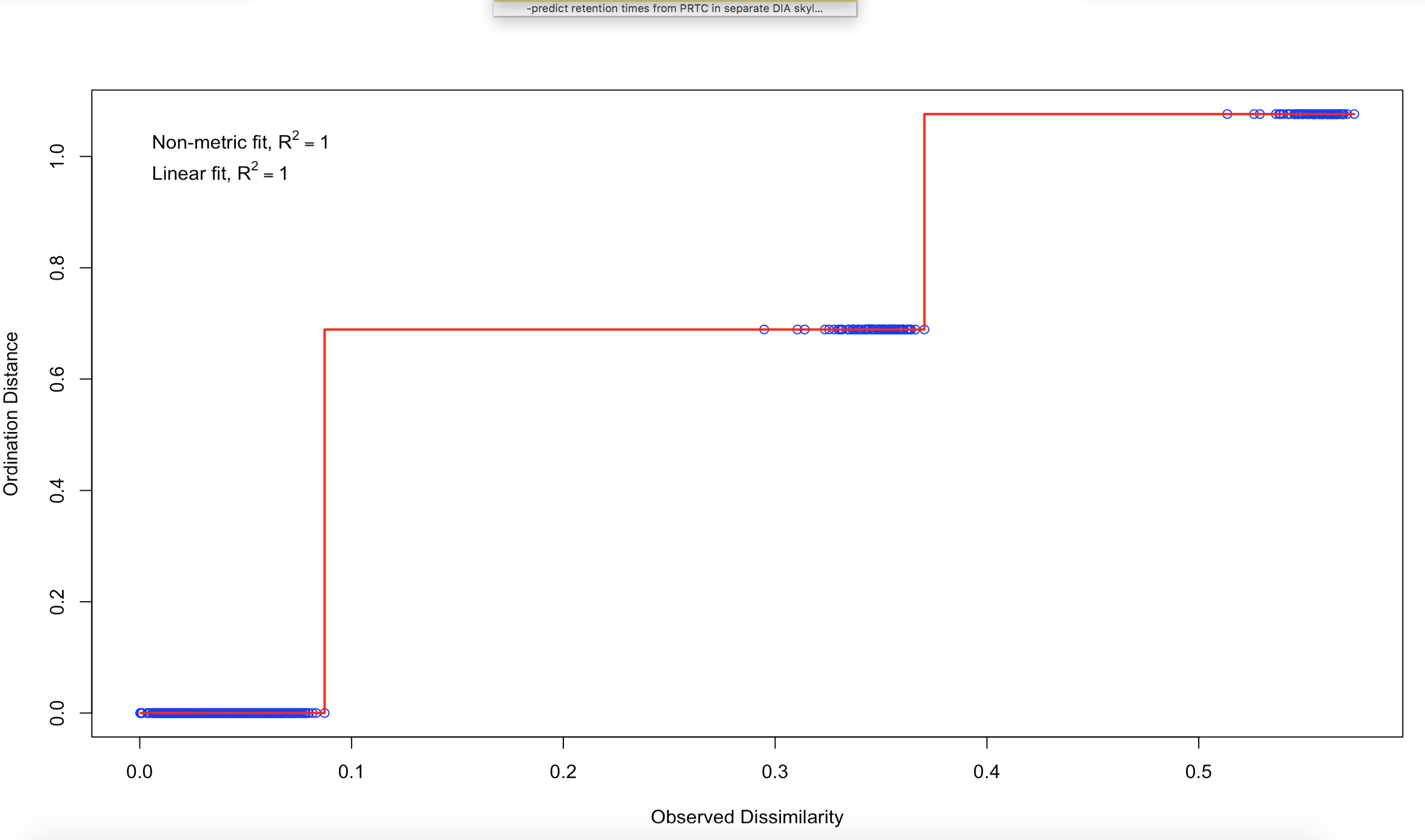 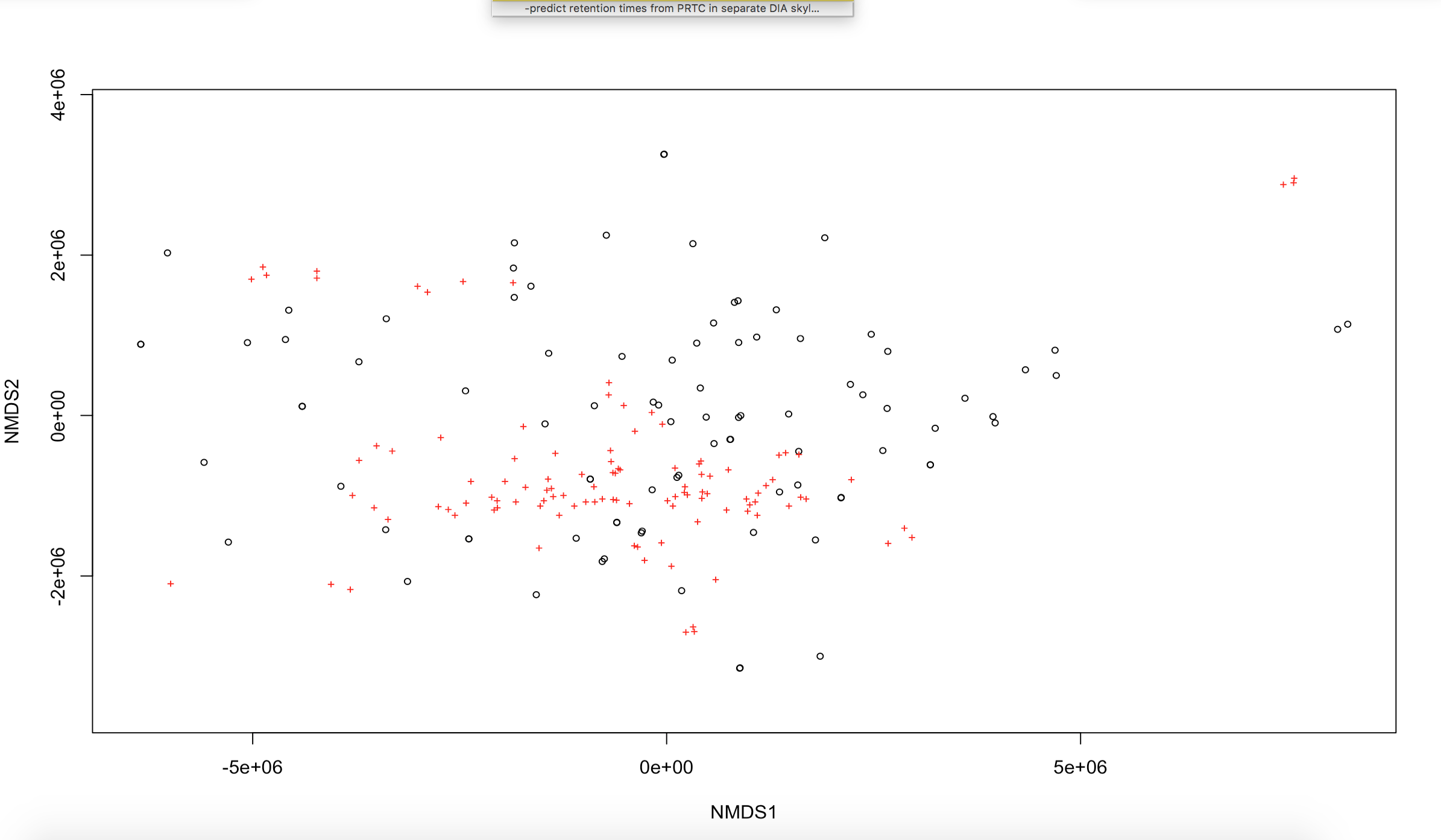 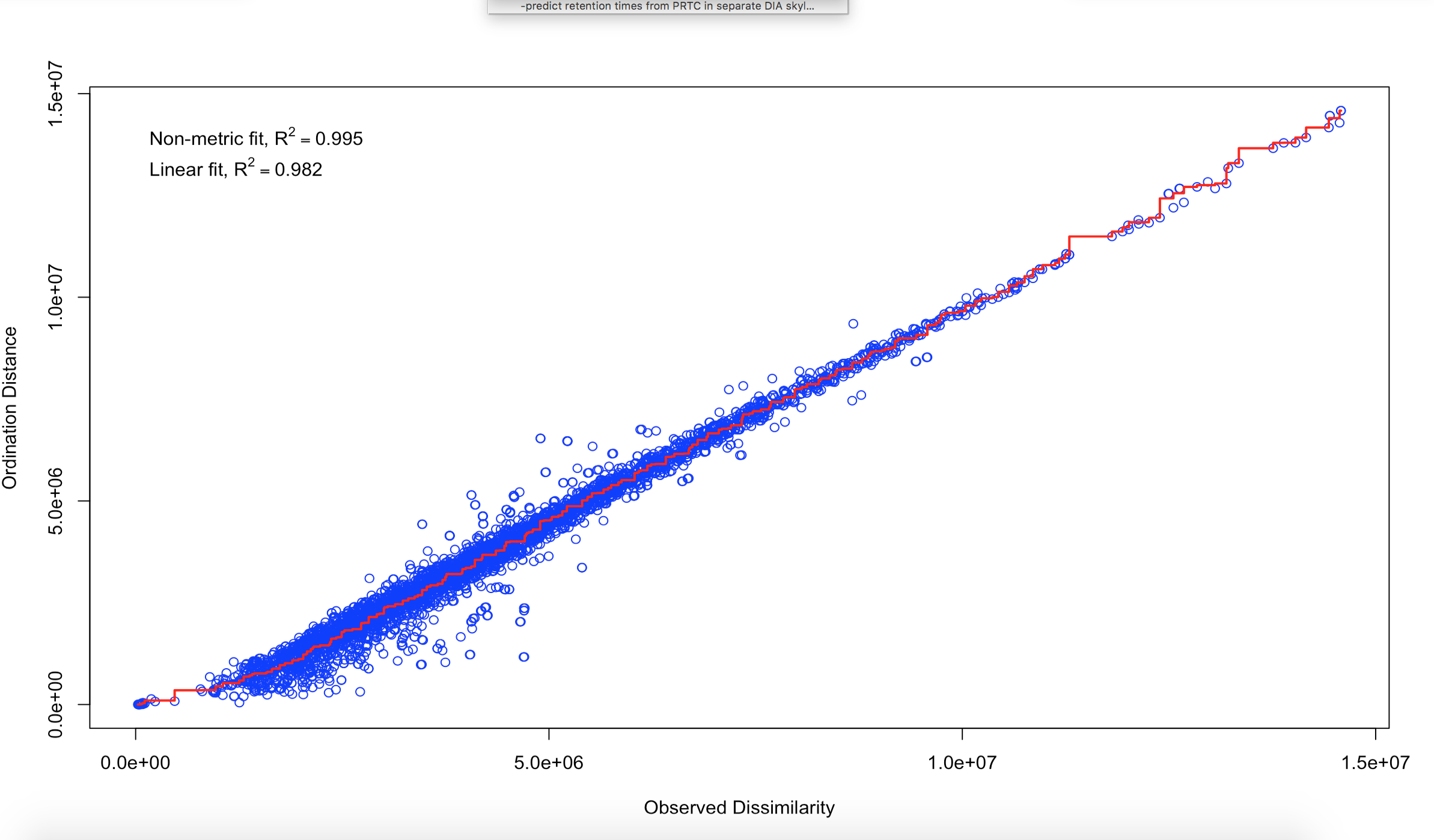 Now I’ll work on color-coding my plot so I can see if the technical replicates are clustering togther. I’m meeting with Julian tomorrow, so I’ll ask him for his advice on using raw Euclidean distances instead of Bray-Curtis distances. After I see how my replicates cluster, I can average them and look primarily at site and eelgrass differences!