I checked the mass spectrometer this morning and saw that the injection pattern looked normal. 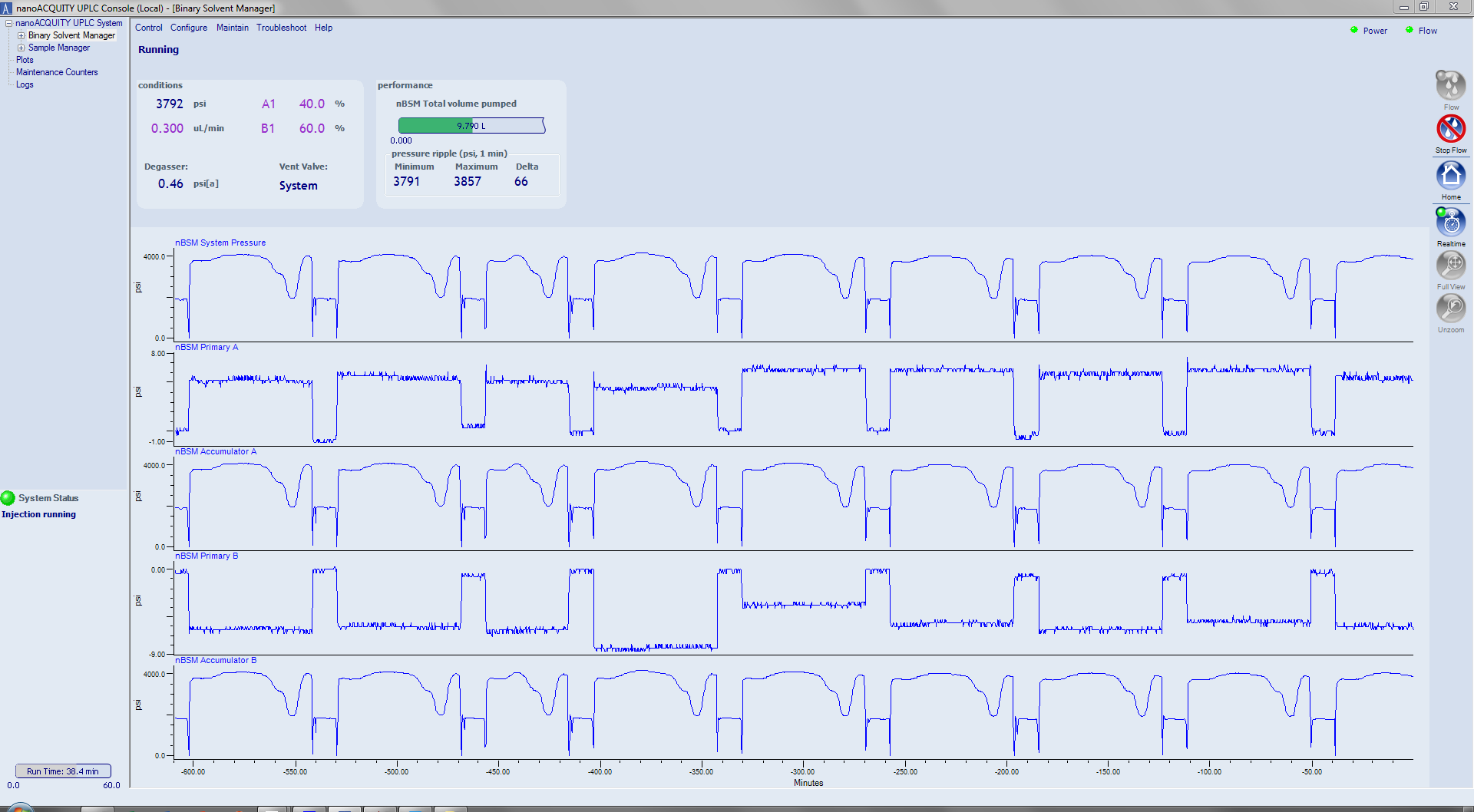 I figured this meant that my samples were good to go! I checked the files that ran overnight, and found that files 86 (O01), 87 (O118) and 93 (O113) had no data. I’ll need to prepare these samples again. I stopped by the lab to pick up the QC and PRTC vials, then made my way down to UWPR. I added 30 µL of the final acetonitrile solution to the 10 µL of PRTC+BSA and vortexed. I then added the 40 µL of solution to the QC vial. We are now able to run 12 more QC injections, so we’ll need to add a new QC around QC36.

I checked the QC23 raw file, which was the one I ran while I slept. It looked good, so I opened the file in Skyline to compare it with the other QCs. 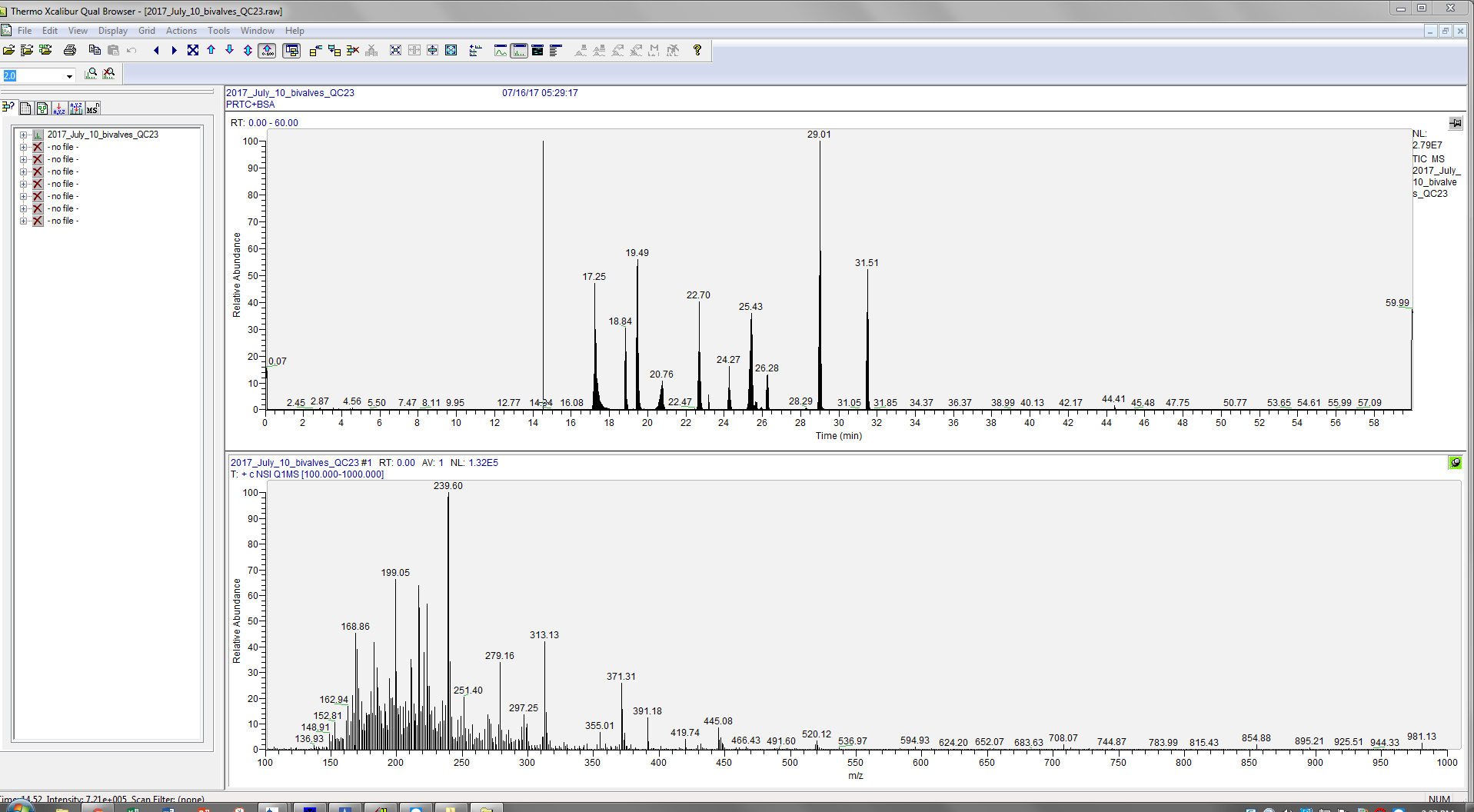 When I opened the file in Skyline however, I saw that some peaks were not detected in that QC sample. Additionally, some of the peaks that were detected did not look like the other files. 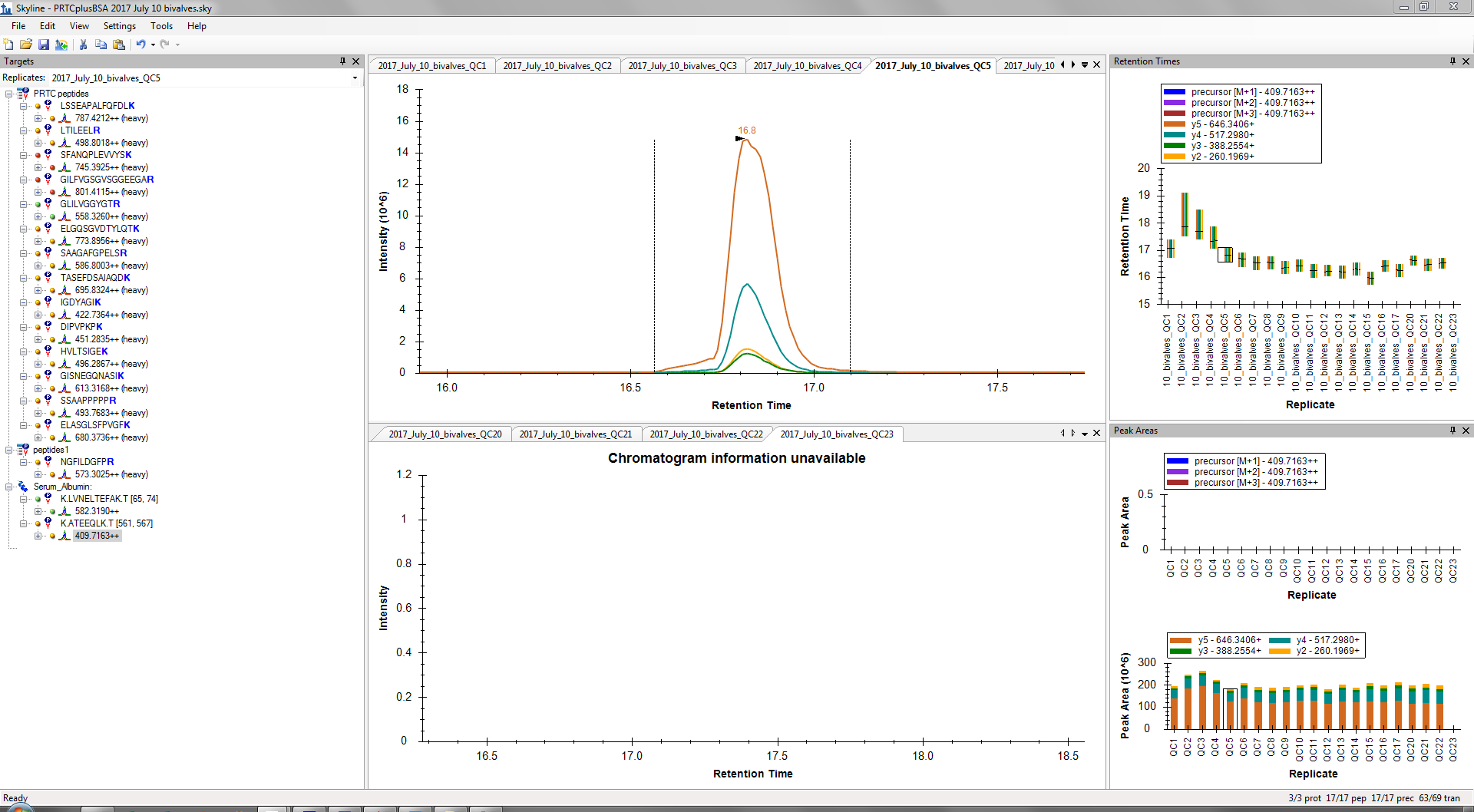 Figure 3. Peptide undetected in QC23 but present in QC5. 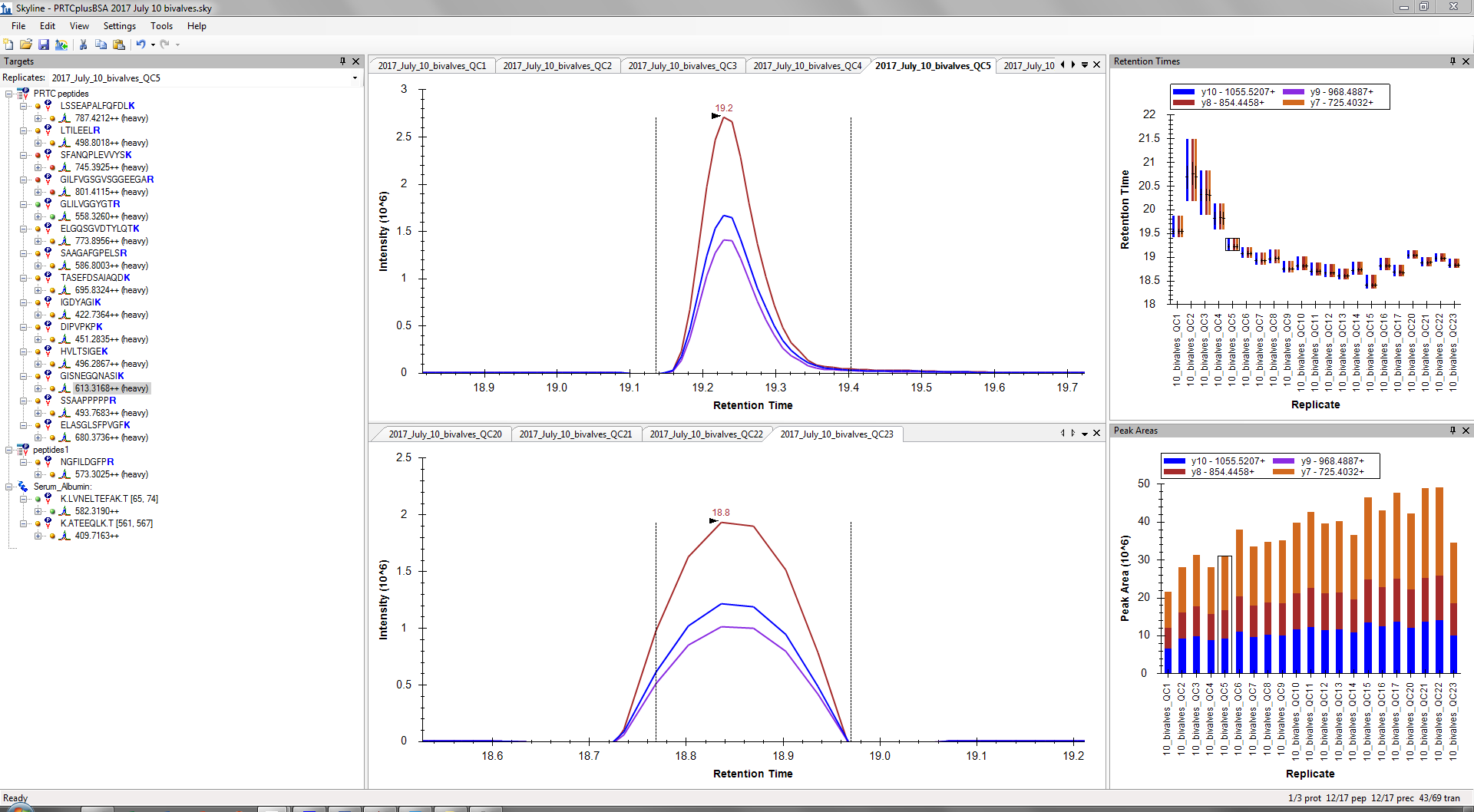 When I looked at the sample queue, I saw that I had queued QC23 incorrectly by assigning it the oyster sample method instead of the QC method!

After seeing this, I checked to make sure none of my other files were added to the sequence file with the wrong method. The only files that were queued incorrectly were QC23 and QC24. I changed the method for QC24 as well. However, I realized that I skipped straight from bivalve 88 to bivalve 93. This means that there are no files for bivalve 89, 90, 91, and 92 because I skipped them, not because I am missing data.

Based on my notes, I prepared new samples for those that did not collect any data during an injection. I remade samples O01, O12, O22, O113 and O118. I place the mass spectrometer vials in Plate 2.

I added the samples to the sequence file, adding one injections for all samples except O01. Because I did not collect any data for O01 on either the first or second injection, I added it twice. 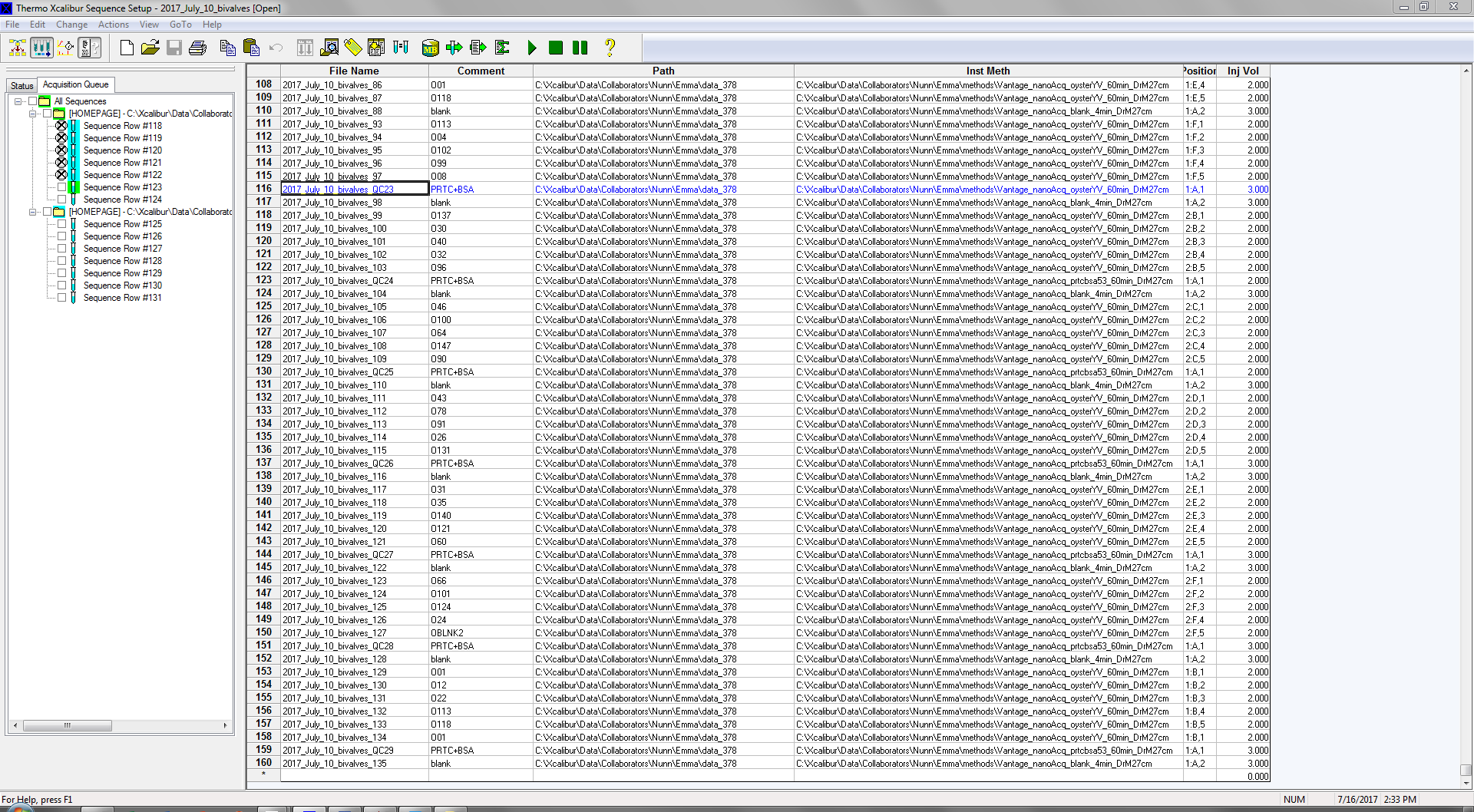 Figure 6. Sequence file with make-up samples at the bottom.

The last thing I wanted to do before I left was check that the next QC I run, QC24, showed peak patterns similar to the previously run QCs. When the machine finished collecting data, I imported the file into Skyline. 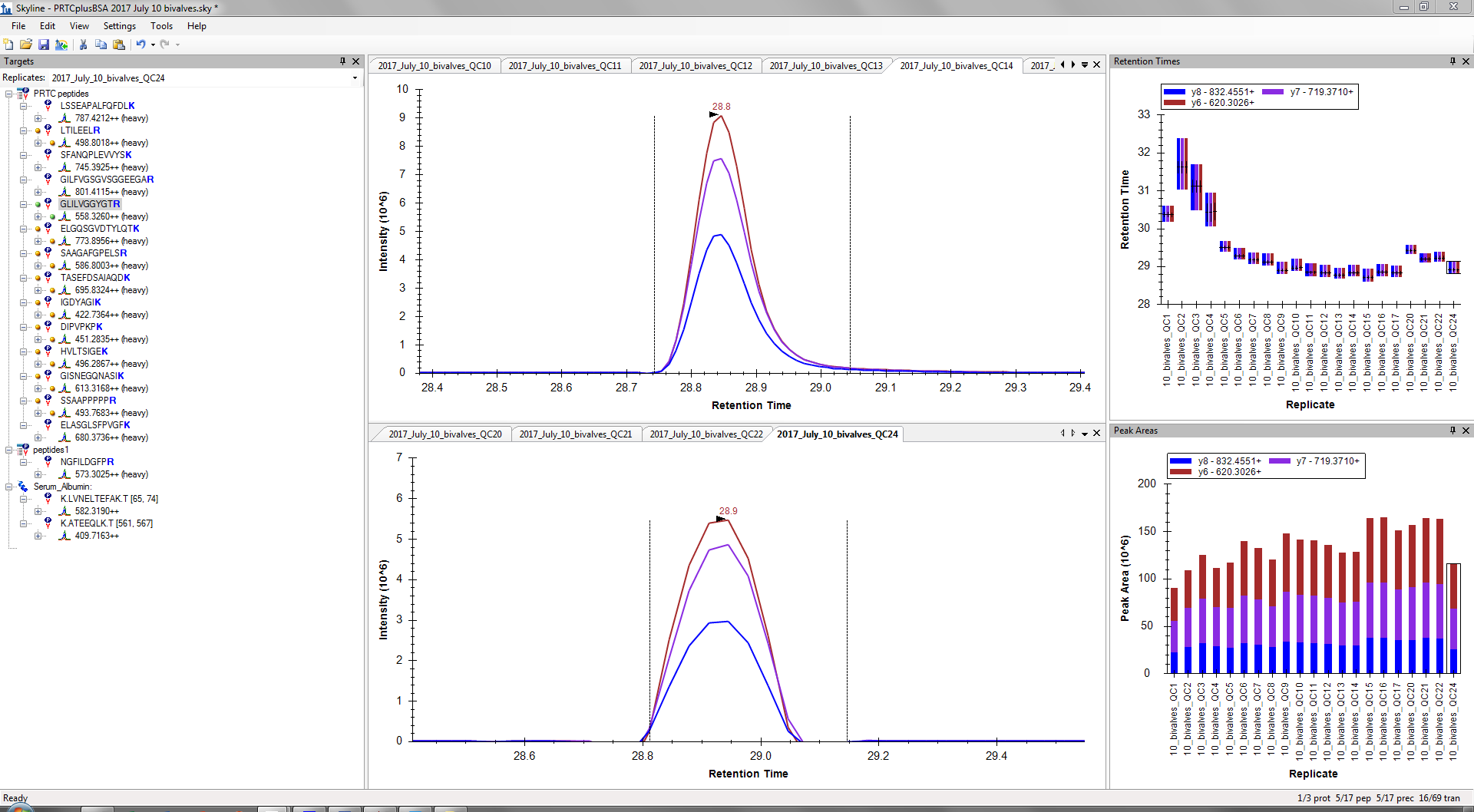 I saw that I had the same problem I did with QC23, so I called Emma. While talking to her, she had me check the PRTC peaks in the oyster samples. Since the PRTC and oyster peaks looked good, she figures that the QC sample may have degraded. 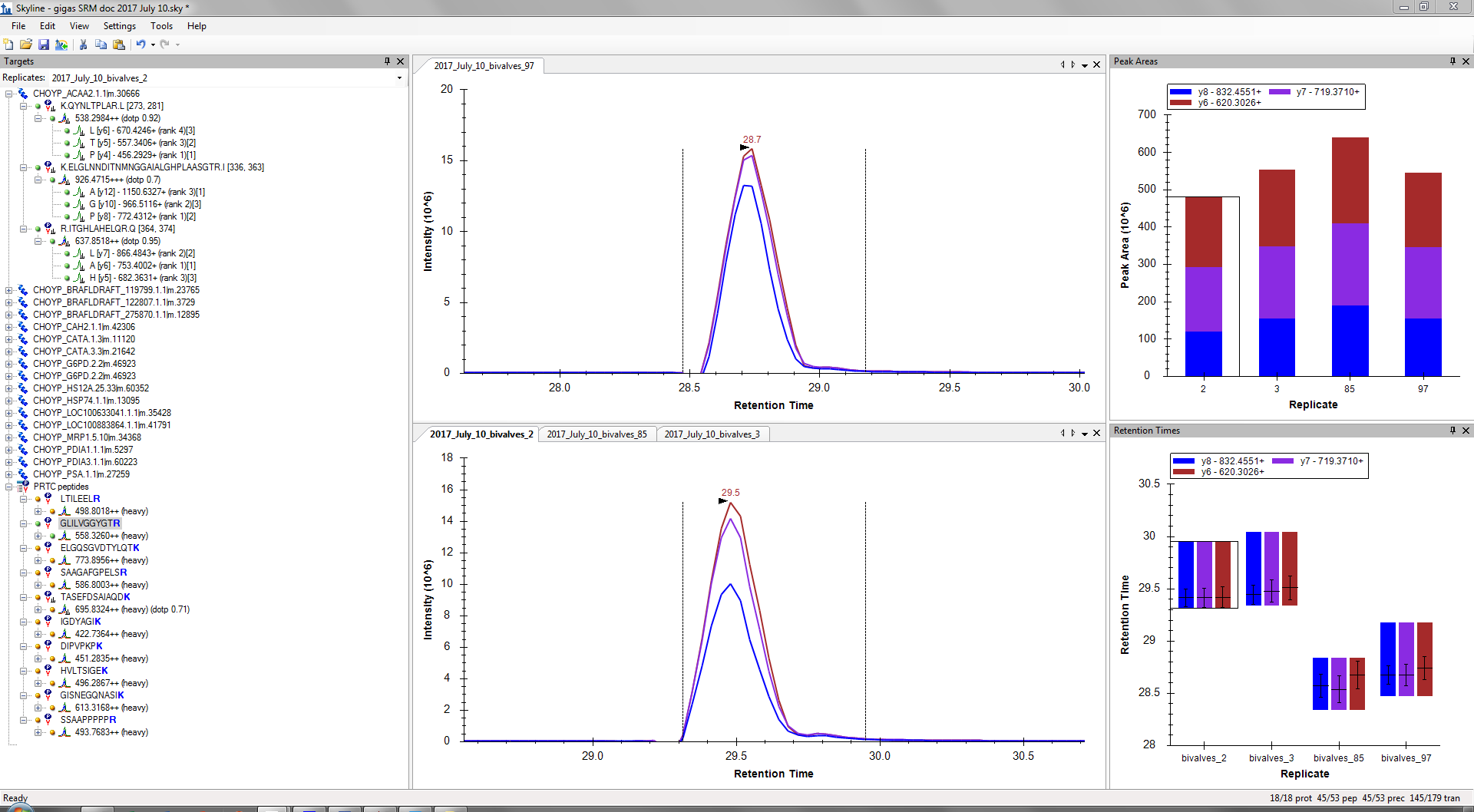 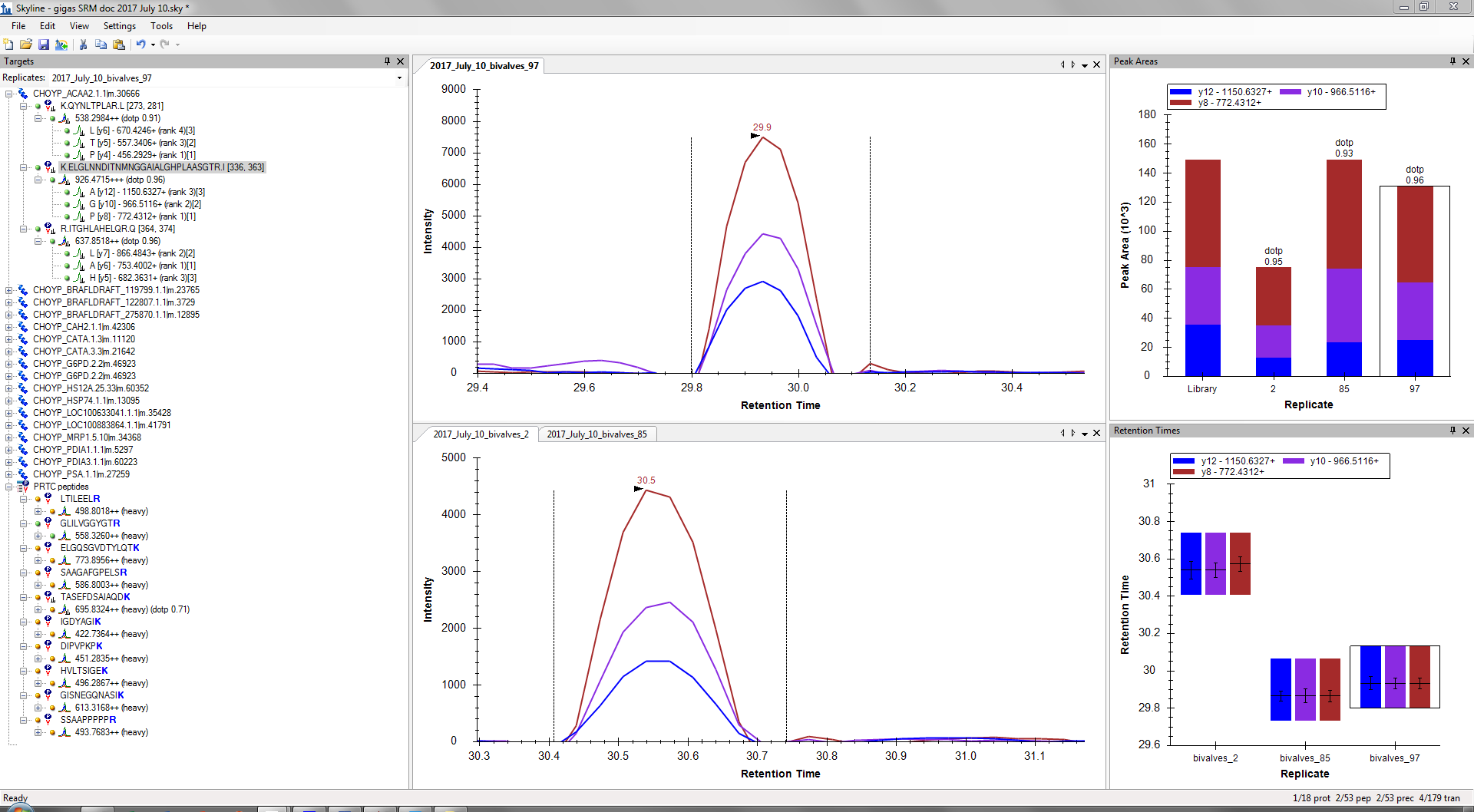 She had 5 µL of QC left in the freezer from a previous experiment, so I added 15 µL the final acetonitrile solution to that and put 20 µL of the final solution in a new mass spectrometry vial. I placed it in Plate 1-A3, so I adjusted the sequence file accordingly. This will give me five additional QC injections, from QC25 to QC30. This should be enough to finish my samples. I proceeded with my injections and decided to check on the mass spectrometer after it ran the next QC. 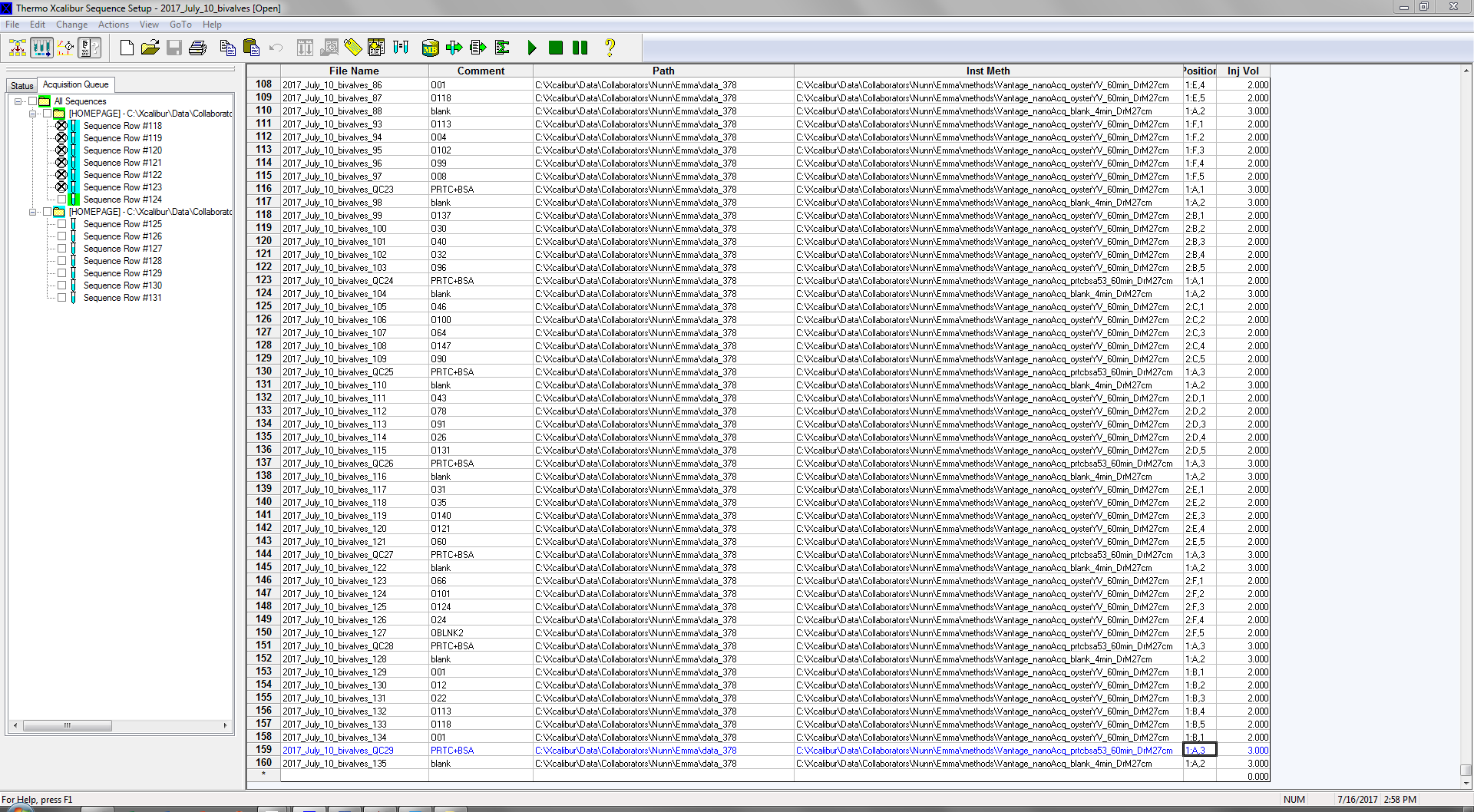 Update 9:30 p.m.: Emma looked at my samples on TeamViewer and she asked if I changed the QC24 method after I added it to the queue and forgot to requeue it. This is exactly what I did, so that’s why QC24 looked like QC23! Now that everything else is assigned to the right method and then queued, there should be no more problems!