Finishing up analyses and figures!

The time has come to wrap this shit up (or at least…wrap it up enough for my defense). I’m going to perform necessary statistical tests, make figures, and conduct GOterm enrichment!

I started by making figures associated with my methylKit output in this R Markdown document. The first thing I wanted to do was make a PCA to visualize global methylation patterns. I used code from my C. virginica paper to do this. 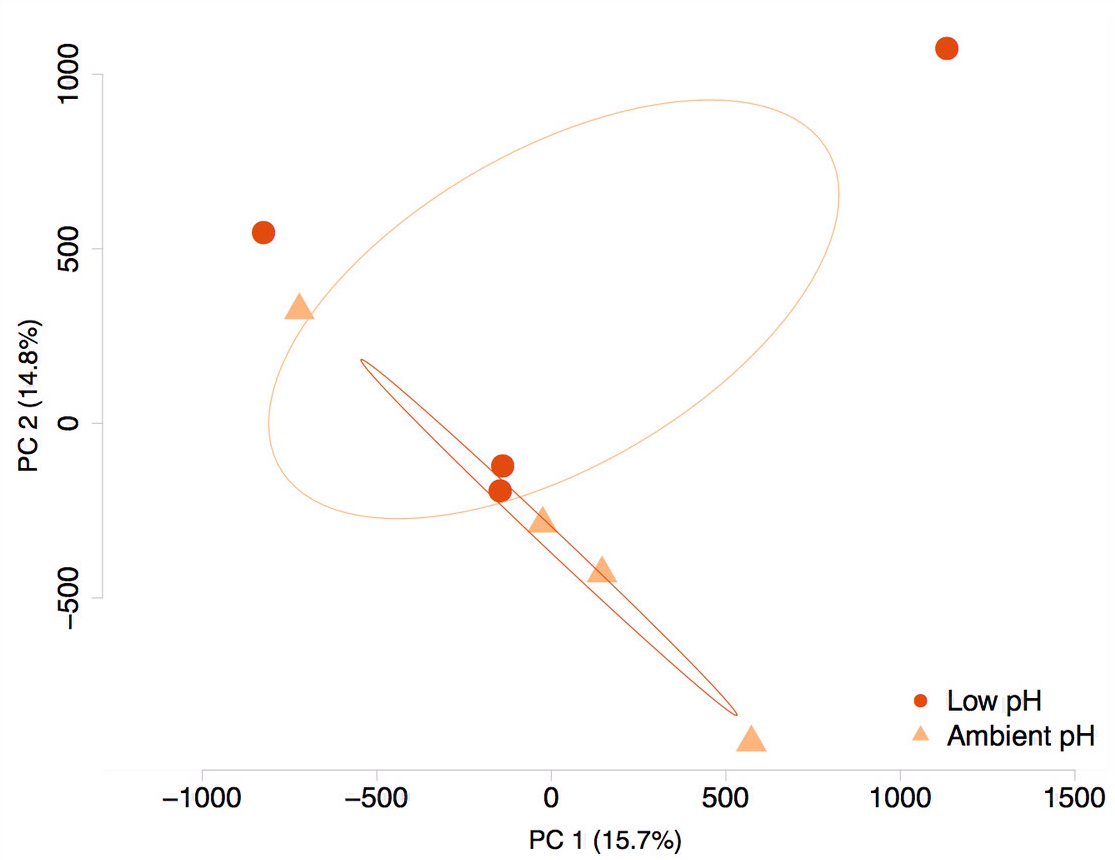 In this R Markdown document, I created four separate heatmaps using heatmap.2. Unfortunately, heatmap.2 calls plot.new() each time it’s run, so I can’t make a multipanel plot in R. Instead, I created a multipanel with this InDesign document, then saved it as a pdf. 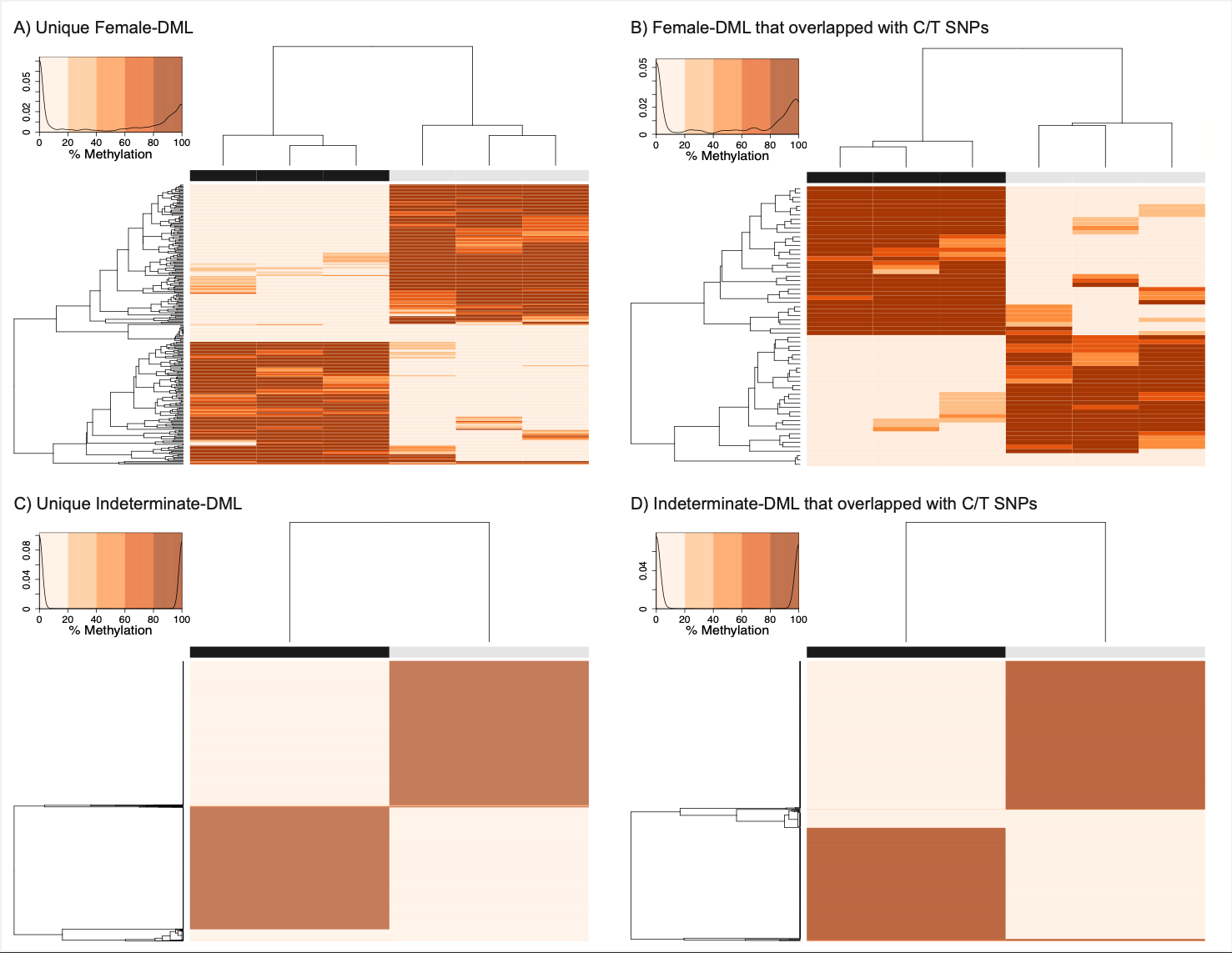 So no drastic differences in methylation patterns based on DML identity. I’ll revise this figure to only include one heatmap for female- or indeterminate-DML, and maybe add an asterisk to the rows associated with SNPs to see if they cluster together. 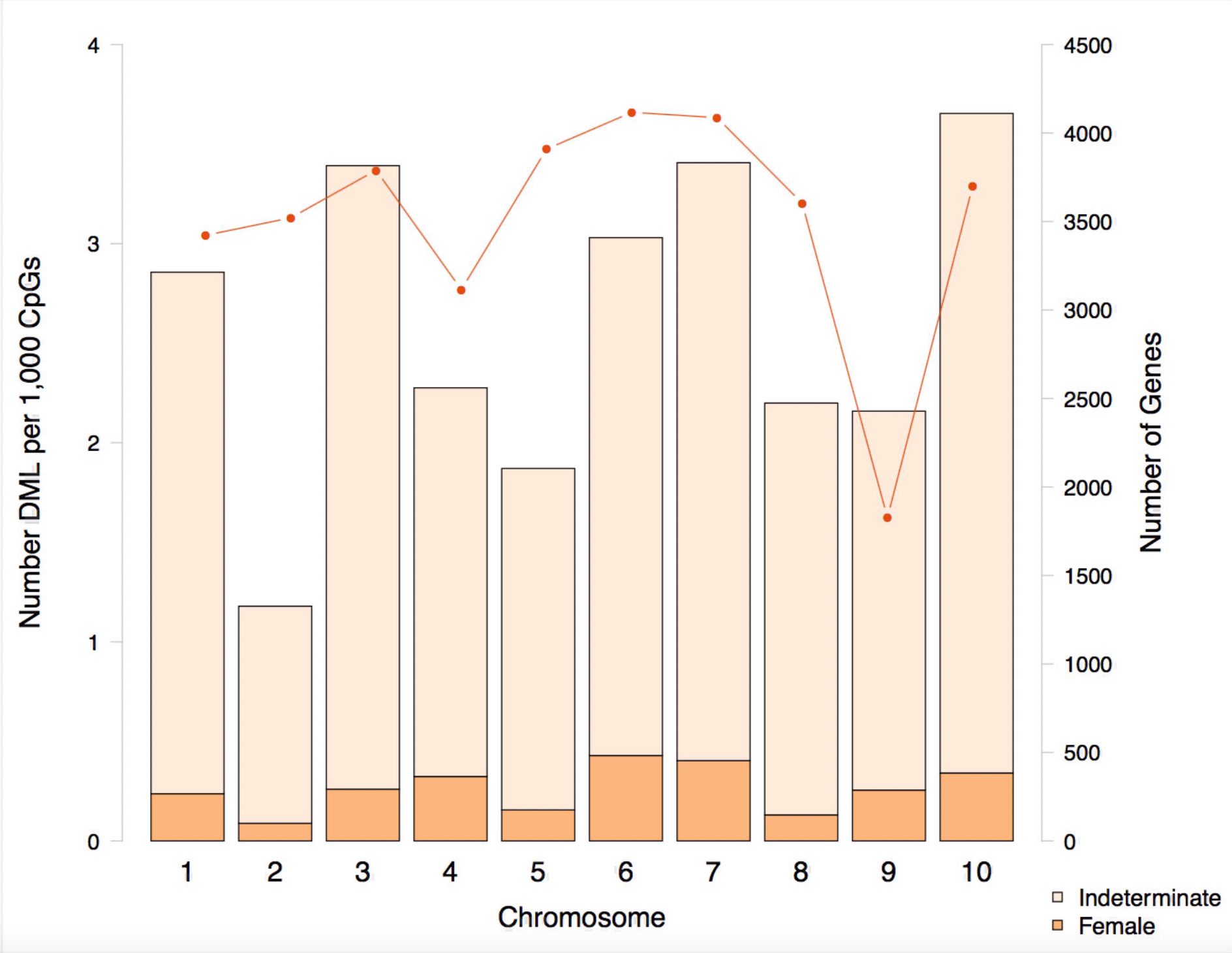 The chromosomes with the most DML had the most genes, so that tracks.

Distribution of CpGs in genome features

To characterize the general methylation landscape, I created this R Markdown script. I used the 5x unionBED methylation data to create a frequency distribution of CpGs and methylation status. I also used the unionBED overlaps with genome feature files to conduct a contingency test and create a stacked barplot. The distribution of highly methylated CpGs was significantly different than all 5x CpGs detected by WGBS. 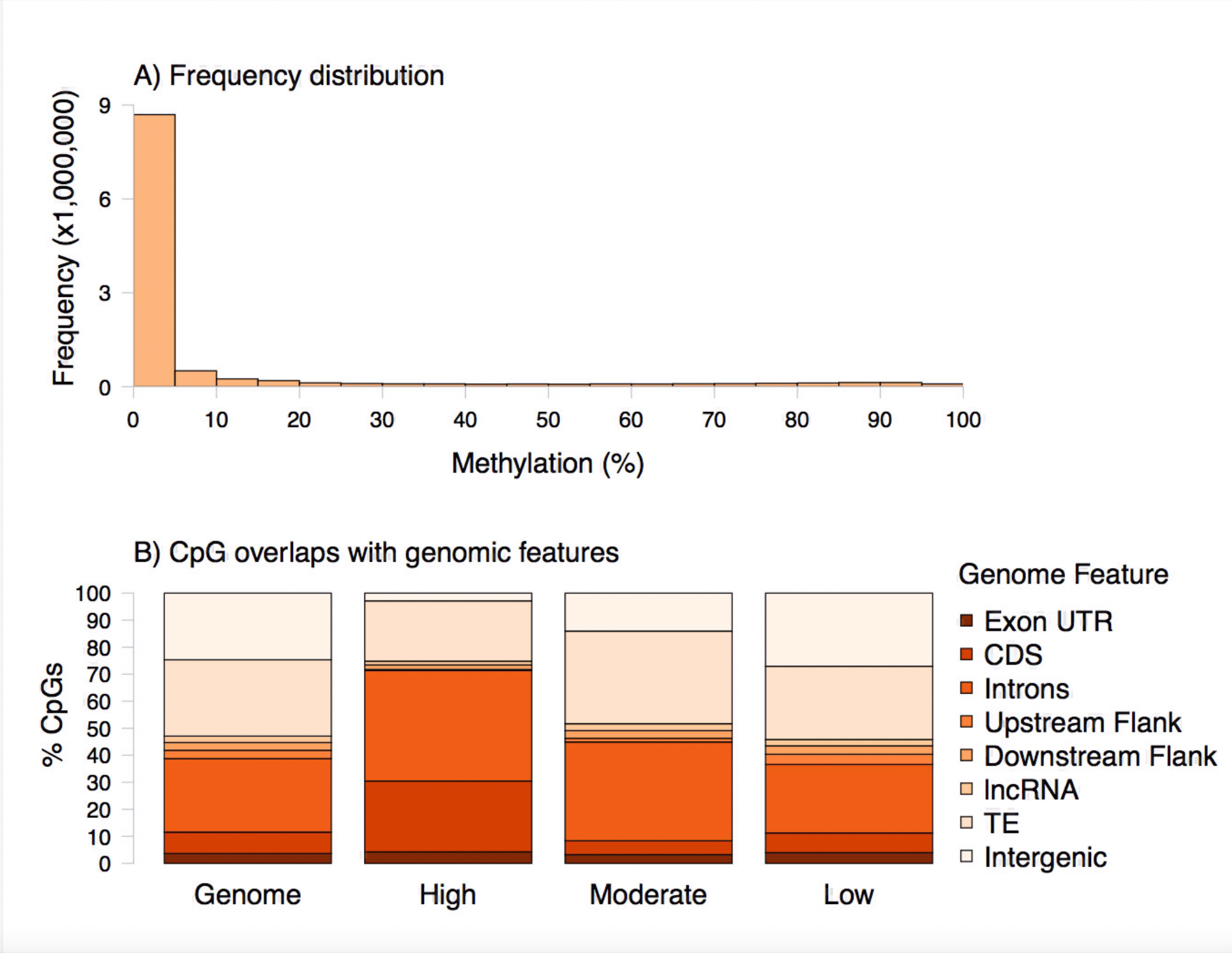 Distribution of DML in genome features

Finally, I created a stacked barplot to visualize the distribution of DML in the genome! Based on my contingency test results, the number of female-DML in CDS and downstream flanks differed significantly from highly methylated CpGs, and the distribution of indeterminate-DML also differed significantly from highly methylated CpGs with respect to upstream flanks, lncRNA, and intergenic regions, in addition to CDS and downstream flanks. 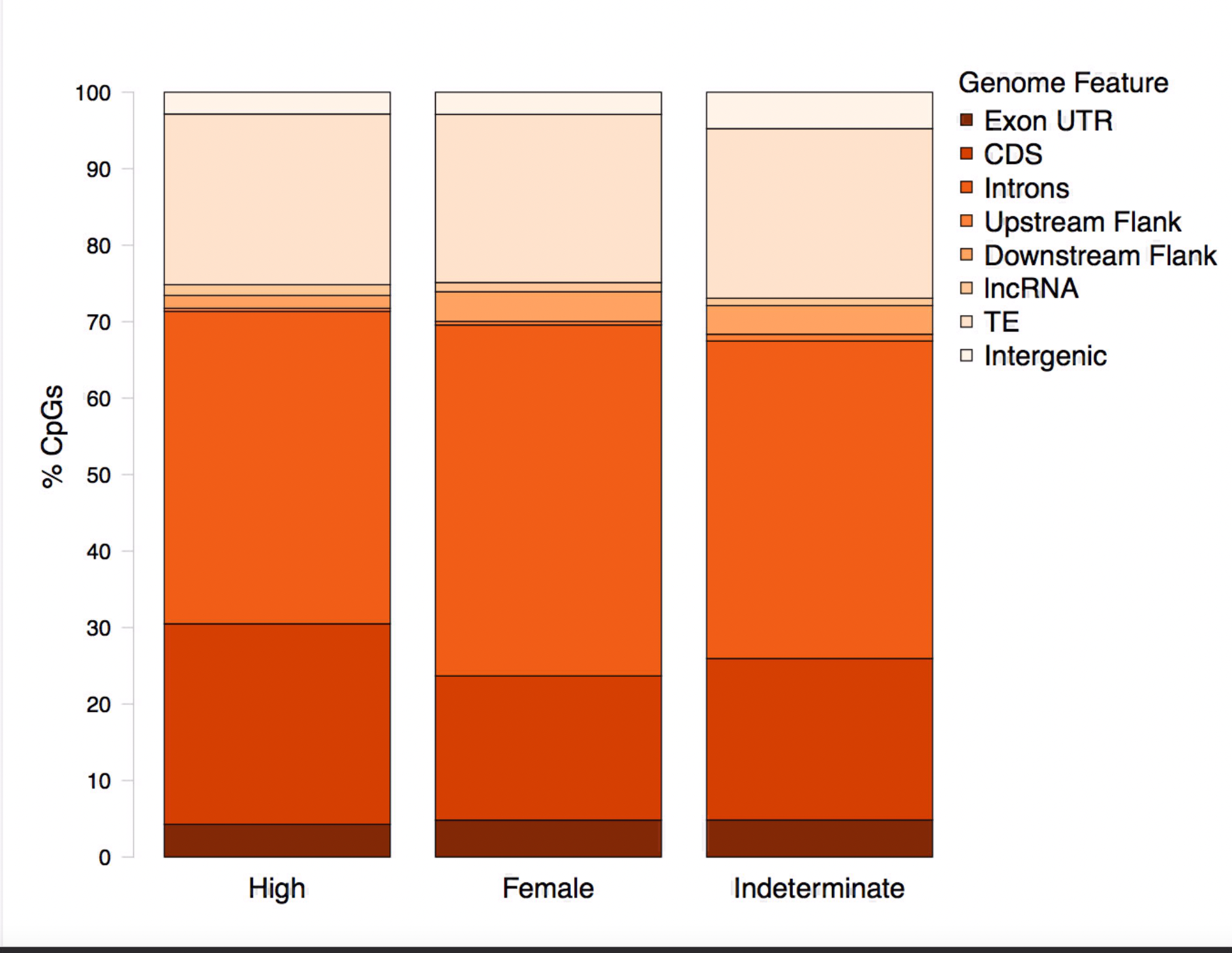 Finally, I conducted a GOterm enrichment test using topGO, following the workflow I used for the Hawaii data in this Jupyter notebook. Unfortunately, I didn’t find any enriched terms in my data! I returned to this Jupyter notebook to add gene product information to my list of annotated genes with female-DML. To do this, I isolated the transcript ID and product information from the nucleotide sequence I used for blastx: