Now that I have some edits back from Steven, I decided to start addressing the easiest ones in the methods and results.

One of Steven’s major comments was that it didn’t make sense to test the distribution of DML against highly methylated CpGs. Looking back through my manuscript, I realized this test was a holdover from the C. virginica paper, in which I used MBD-BSseq and needed to compare my DML with what we believed our library preparation method enriched. In this R Markdown script, I revised the statistical test to look at all CpGs with 5x data vs. DML, since that would be the appropriate CpG background. I found that CpGs were differentially distributed in all categories between those two categories, with higher proportions of DML in genic regions than CpGs with 5x data! I also remade my figure to show this comparison. 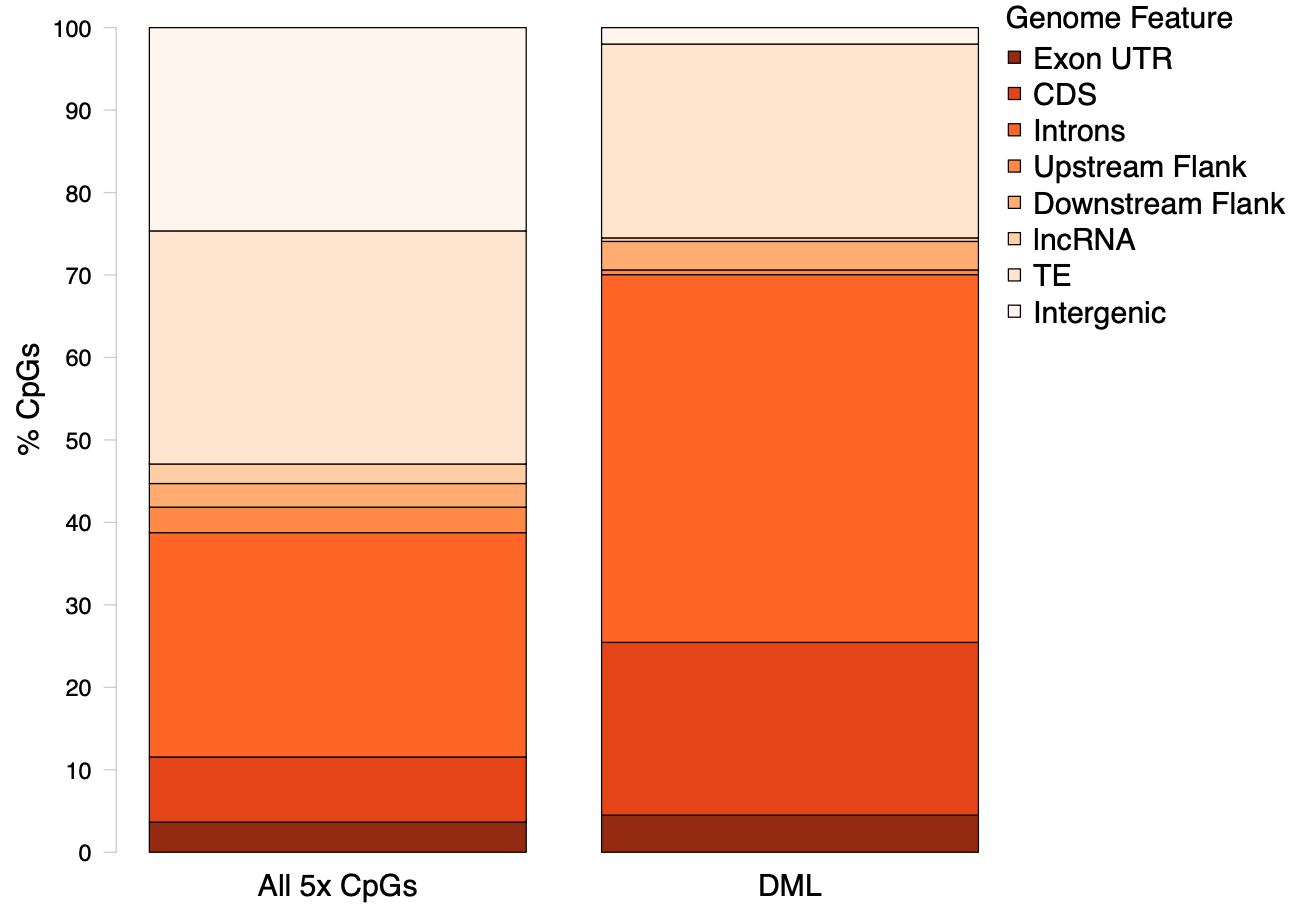 More numbers regarding genes and DML

Going through the edits, I realized I was missing information about how many genes contained DML. In this Jupyter notebook, I counted the number of unique gene IDs that overlapped with DML. The next thing I did was count the number of genes with multiple DML, and quantify how many DML each gene had. This is something I did for the C. virginica paper, but didn’t attempt for this paper. To do this, I first extracted the gene IDs that overlap with DML in this Jupyter notebook. Then, I imported the information into this R Markdown script and counted the number of DML per gene. As expected, most genes had only one DML, and there were genes that contained multiple DML. However, there were several genes that contained > 5 DML, and even one that had 104! That felt suspicious to me, so I checked the gene length. It was a very long gene, so a little less concerning than I originally thought. I saved the DML/gene information in this spreadsheet. I also wanted to know how many genic DML overlaped with C/T SNPs, so I obtained the numbers in this Jupyter notebook using intersectBed.

Finally, I dealt with all the feedback on the SNP analysis. In this Jupyter notebook, I counted the number of unique SNPs identified. Then, I proceeded to remove the C/T SNPs from the set of data going into topGO enrichment. To do this, I imported my list of genic DML that overlapped with C/T SNPs into this R Markdown script. I used left_join to combine the original annotated dataframe with the SNP overlaps by a chrStartEnd column. Then, I filtered rows to keep any instances in which the chromosome column from the SNP dataframe said “NA”, since that would mean there was no matching entry in the SNP dataframe:

I counted the number of unique genes and DML represented by the revised dataframe, then performed the enrichment analysis. Interestingly, I got very different results! Not only were the enriched biological process terms completely different from what I had previously, but there were also no enriched molecular function terms and enriched cellular component terms. I think differential enrichment results will be a sentence or so in my revised discussion. 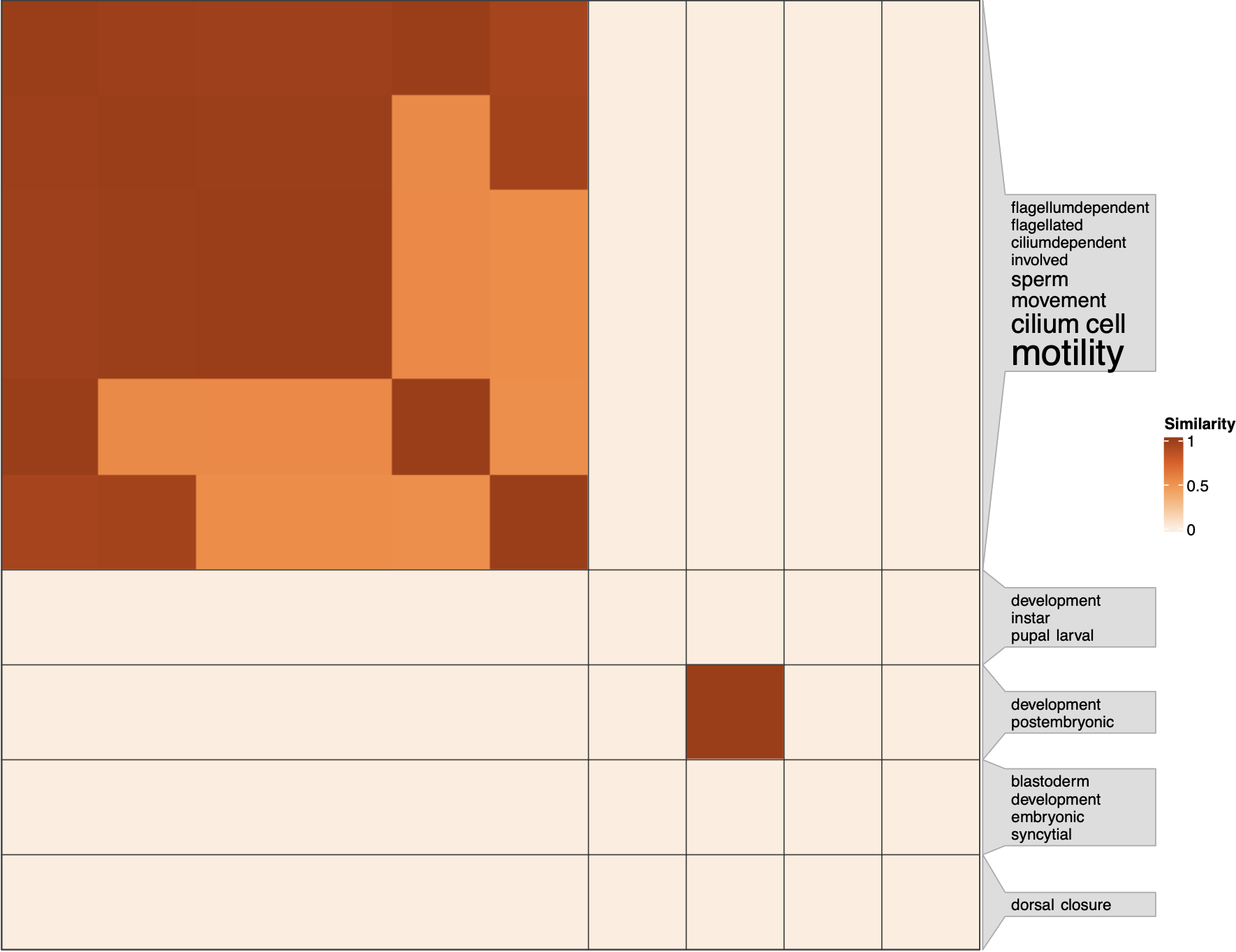 When talking about the SNP analysis with Steven, he brought up an interesting point. Any DML overlaps with C/T SNPs mean that there was a T present, not C. However, methylKit requires a CpG site at a locus for all samples! I wasn’t sure how to reconcile these two points, and since no one looked over my SNP analysis to begin with, I posted this discussion. I’ll certainly want to look over the SNP analysis before publication.