I have DML!. To clarify, I have 15,386 DML when filtering my data for 5x coverage. That’s more than twice as many DML as I got for my C. virginica data. Before I characterize the location of my DML in the C. gigas genome, I’m going to do two different things…

I need to confirm that my DML are real, and the best way to do that is in IGV. I realized my IGV veresion was outdated, so I downloaded version 2.6.3 from the website. Since I’m looking at different coverage metrics, I also wanted to generate some bedgraphs that matched the coverage settinsg I used. I created this Jupyter notebook by copying my C. virginica equivalent and created 5x and 10x begraphs for each sample. After moving the contents of my repository to gannet, I used URLs to add the following tracks to a new IGV session:

I actually struggled quite a bit to load all of the tracks into the IGV session. I made the mistake of adding the full bedgraphs in the IGV, but couldn’t open the file to delete the tracks. When I tried editing the xml file itself, I could successfully add tracks but not remove them. I ended up deleting my session and starting a new one. Once I created a new session, I could do what I needed! 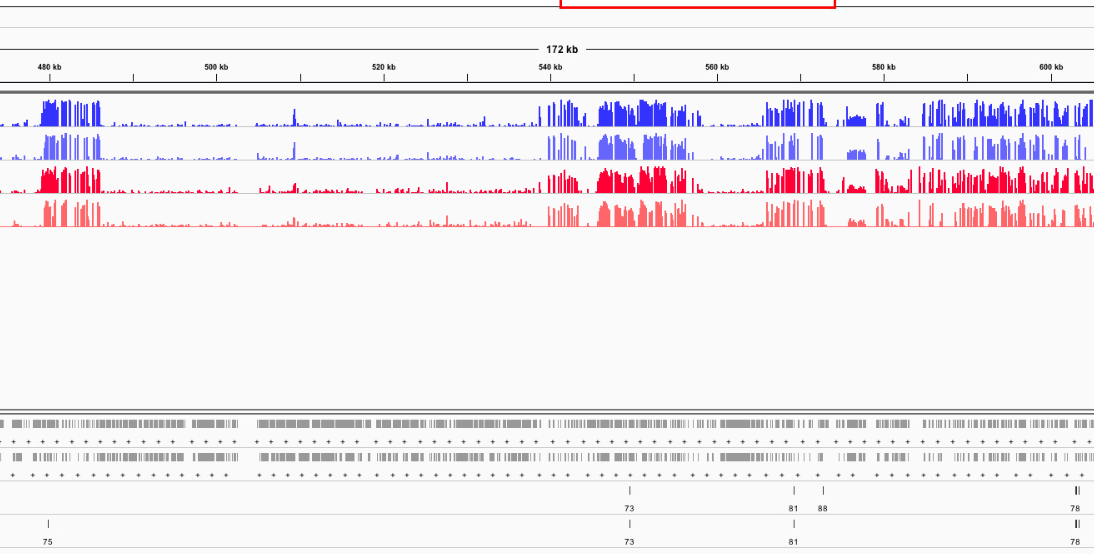 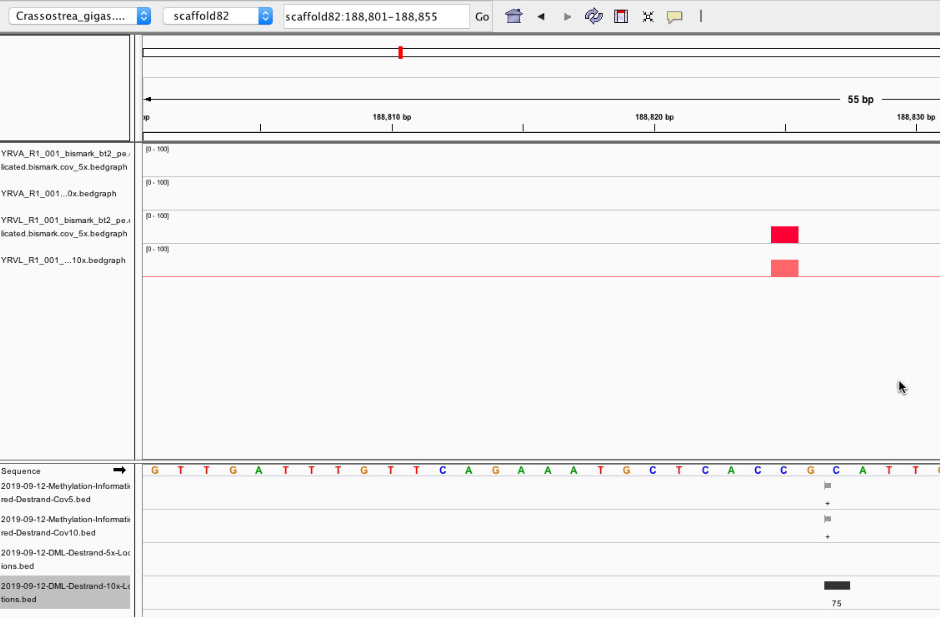 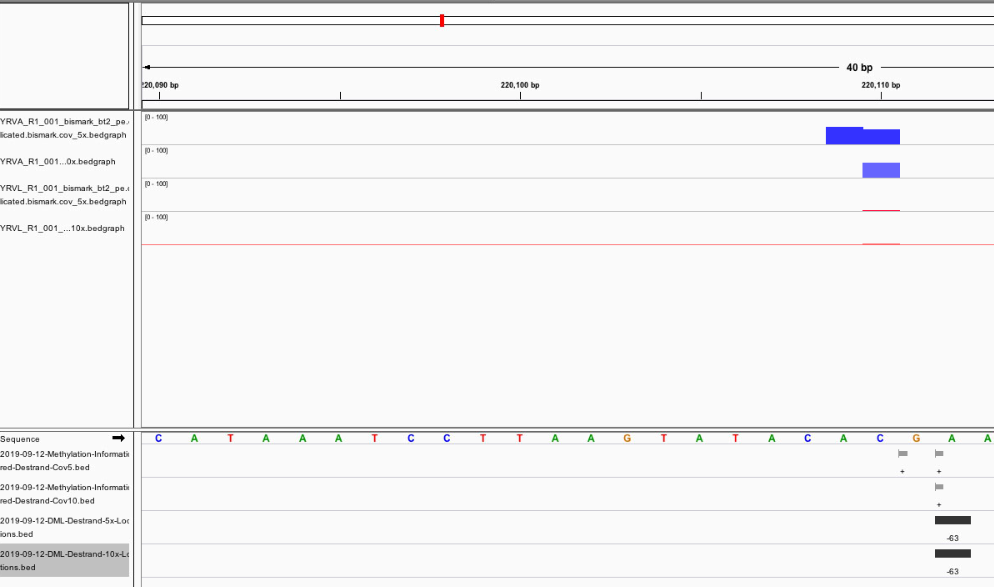 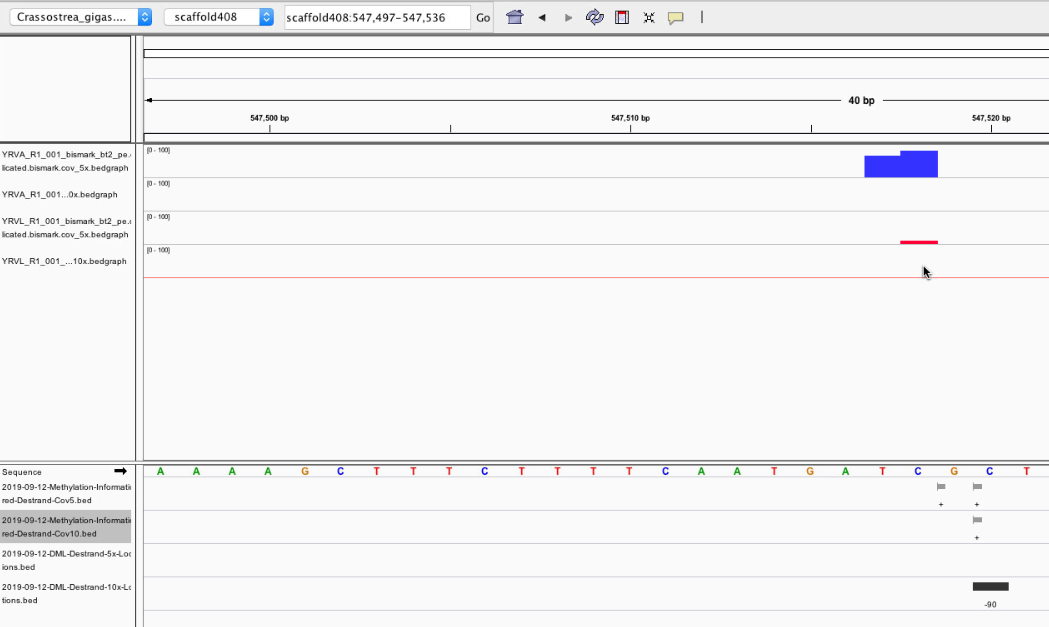 Looking at the DML, I can see that I didn’t export my BEDfiles correctly. The DML background and DML themselves don’t overlap neatly with CpGs (they’re 1 bp off). I need to change how I modify the base pairs in methylKit and resave the tracks.

The alignments went well! My first file deduplicated successfully, but my second file was saved with the wrong filename. I realized my wildcard was not specific enough, so I created a modified script from deduplication onwards and saved it here. I moved the script to Mox and started the job. Once I get the files reprocssed I’ll not only run through my analyses, but also create one master script so I don’t have to piecemeal anymore.