I didn’t expect reviewer comments a month after I submitted the C. virginica gonad methylation paper, but here we are. They looked relatively minor, so I figured it was okay if I couldn’t get to them until now.

One reviewer asked us to consider the location of DML with respect to 5’ UTR, coding sequences, and 3’ UTR. Since I had plenty of genome feature tracks, I decided to take this one step further and look at UTR, coding sequence, non-coding sequence, lncRNA, and intergenic region with DML, methylated CpGs, and methylation islands (yup, I’m including this now…see below).

I returned to this Jupyter notebook to look at overlaps between methylated CpGs and these other genome feature tracks. I did similar things in this notebook for MI, but I moved the code over to the previous notebook because I think it makes more sense to include this analysis in the same notebook where I generated the MI. This notebook is where I characterized DML locations.

Conceptually, getting these numbers involved a few steps I based off of my DMG analysis:

Then, I needed to add the percent methylation information to these overlaps! I took the overlap files I created and added a sorting key:

I used join to add the percent methylation information using the sorting key:

Finally I calculated median methylation for each sample and the concatenated file:

The order of the output is the global methylation file, sample 10, then samples 1-9. The output files can be found here:

Now that I had this information, I needed to create a dataframe that I could use to create plots. I imported the data into R, then created some barplots (see below).

Since I generated MI for my poster, Steven suggested I add the analysis to the revised paper. First, I characterzied any remaining overlaps bewteen genome feature tracks and MI in this notebook.

Now that I had additional overlap information, I could update my figures. I pulled additional CG motif overlap information from this Jupyter notebook and updated this document with overlap counts. In this R Markdown file, I updated figures to include UTR and intergenic region overlaps in addition to putative promoters, exons, introns, transposable elements, and other (no overlap between exons, introns, transposable elements or putative promoters…which may no longer make sense but I’ll wait for some feedback on that). I also included methylation island information! 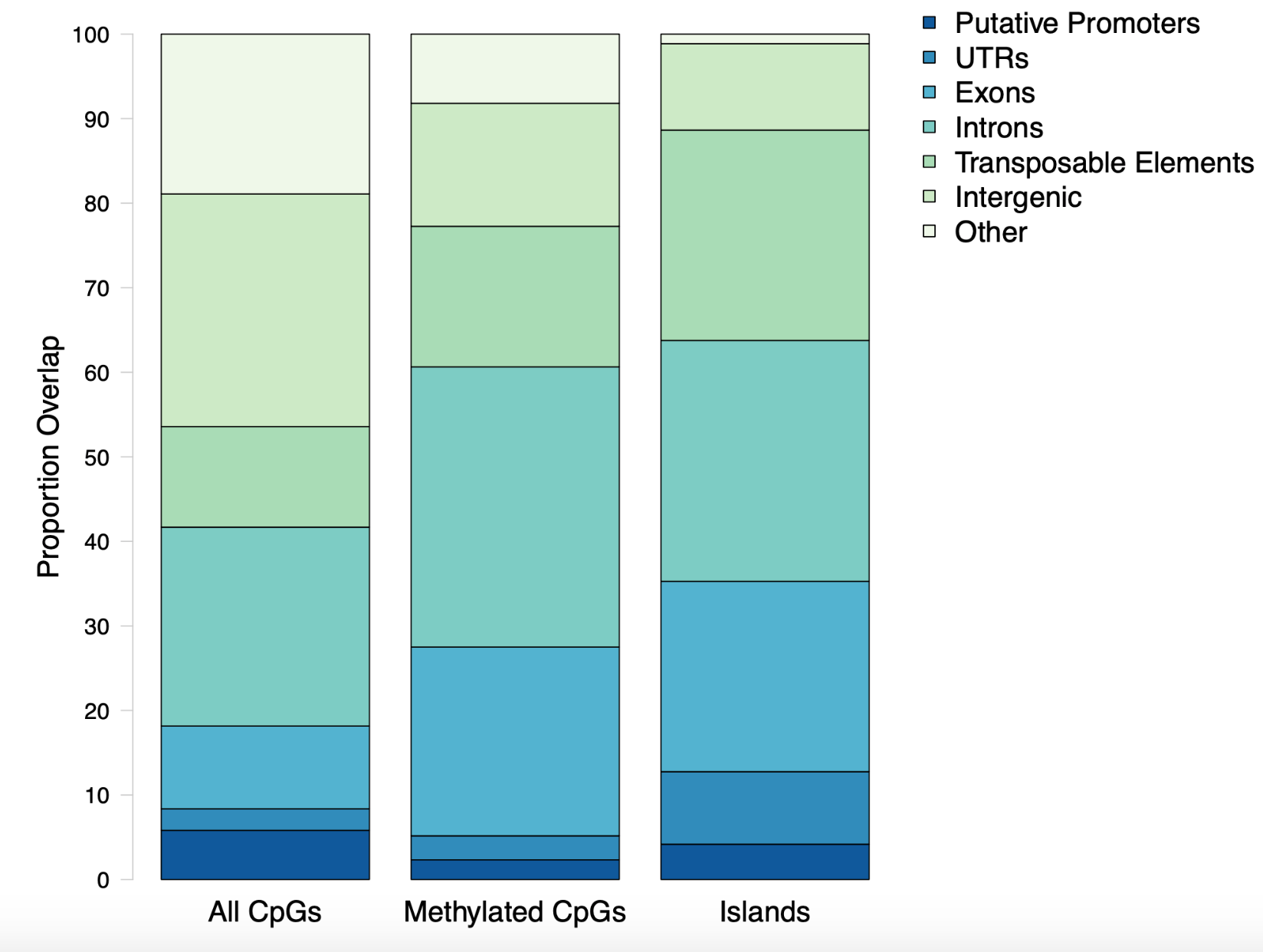 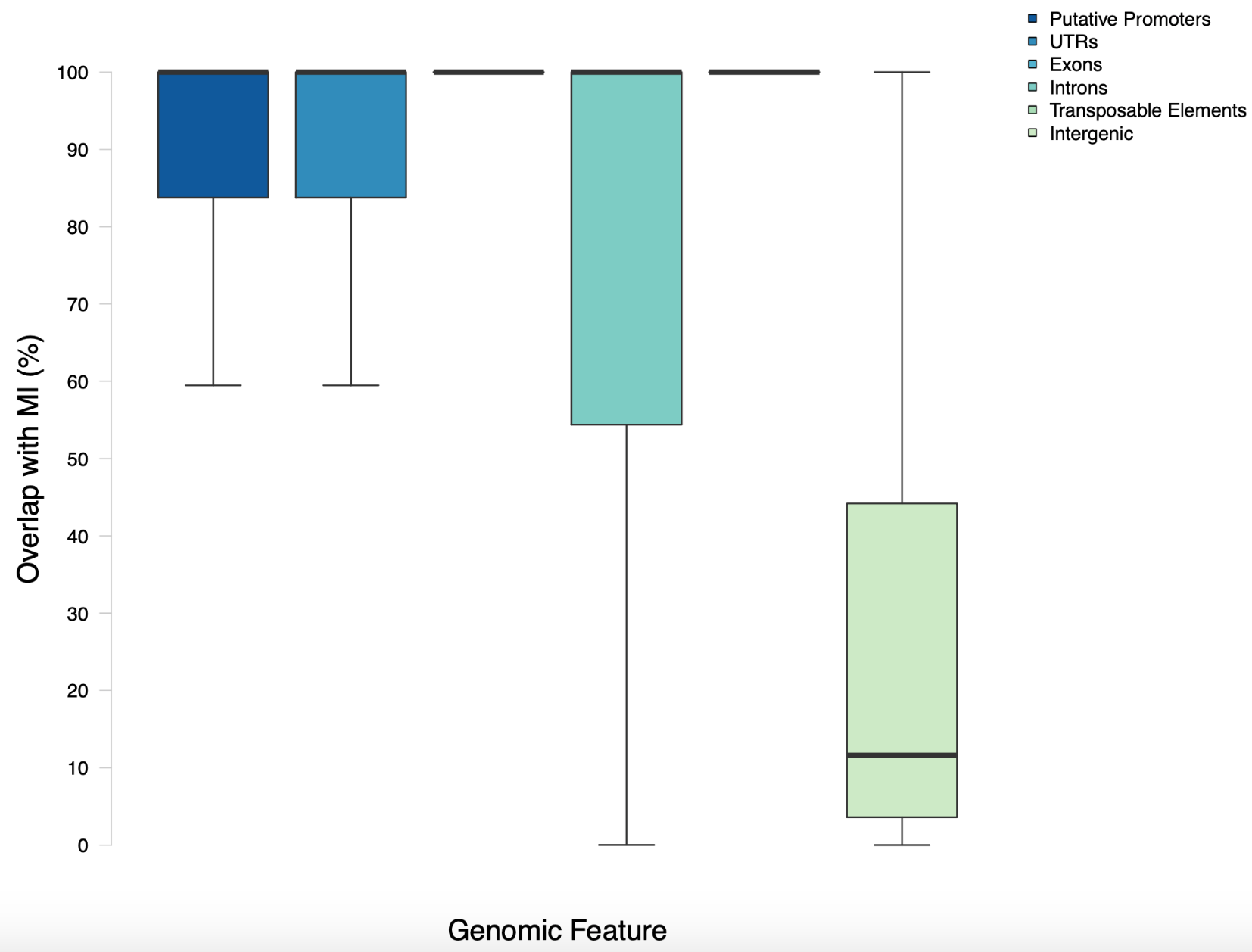 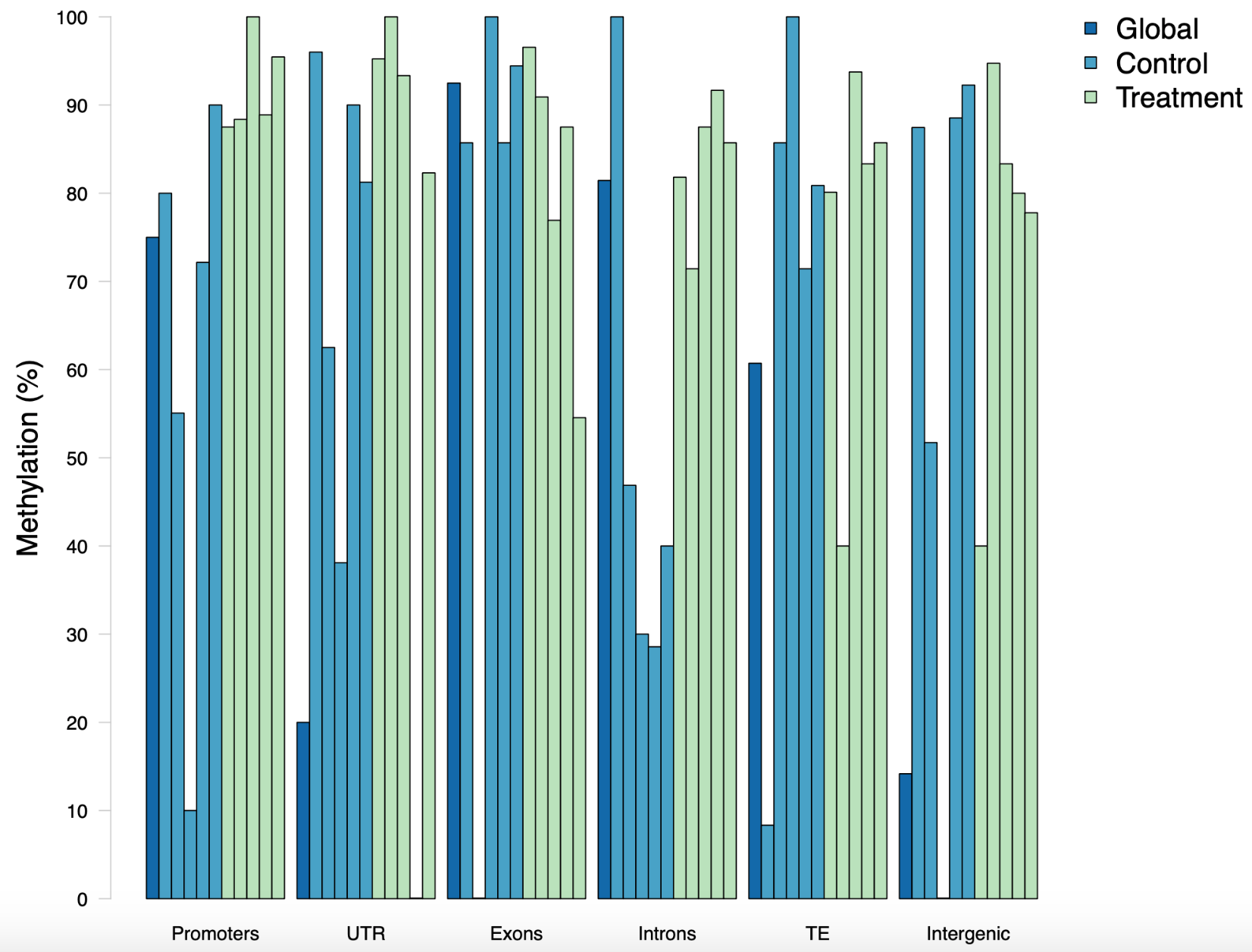 …which was extremly busy. I then tried breaking it up by global vs. sample methylation. 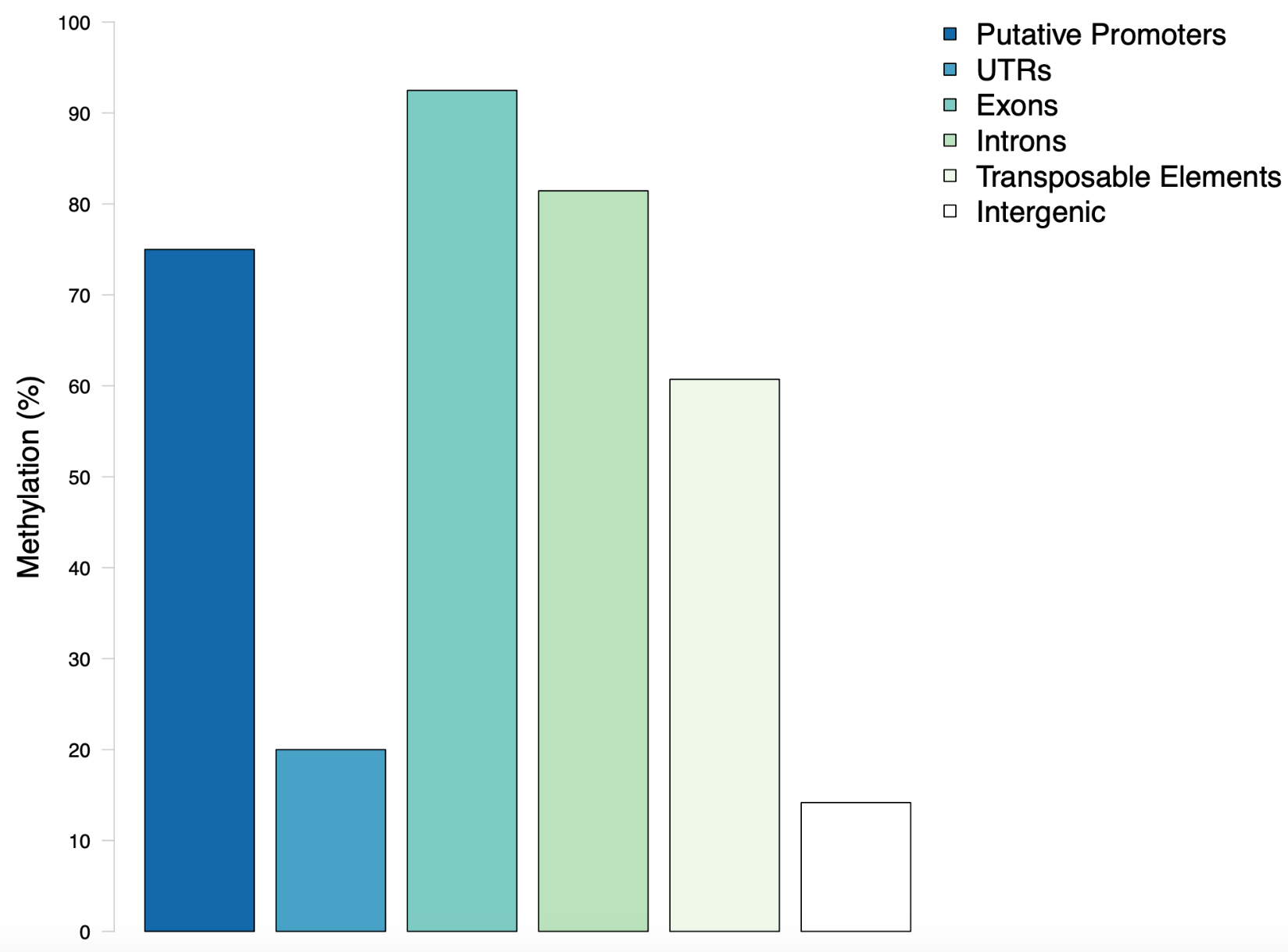 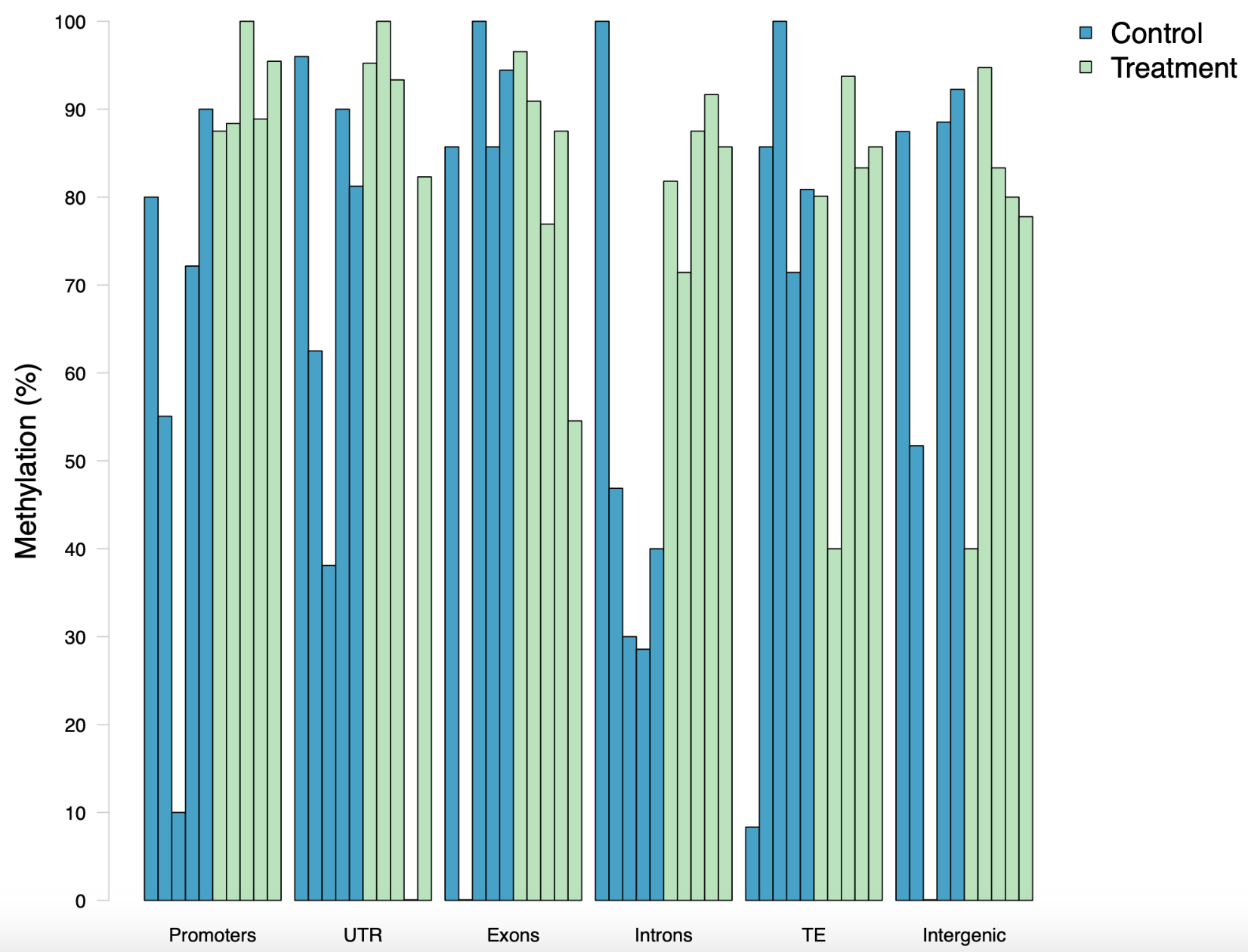 The plot version I settled on is a multipanel plot that compares different samples to global methylation for each genome feature: 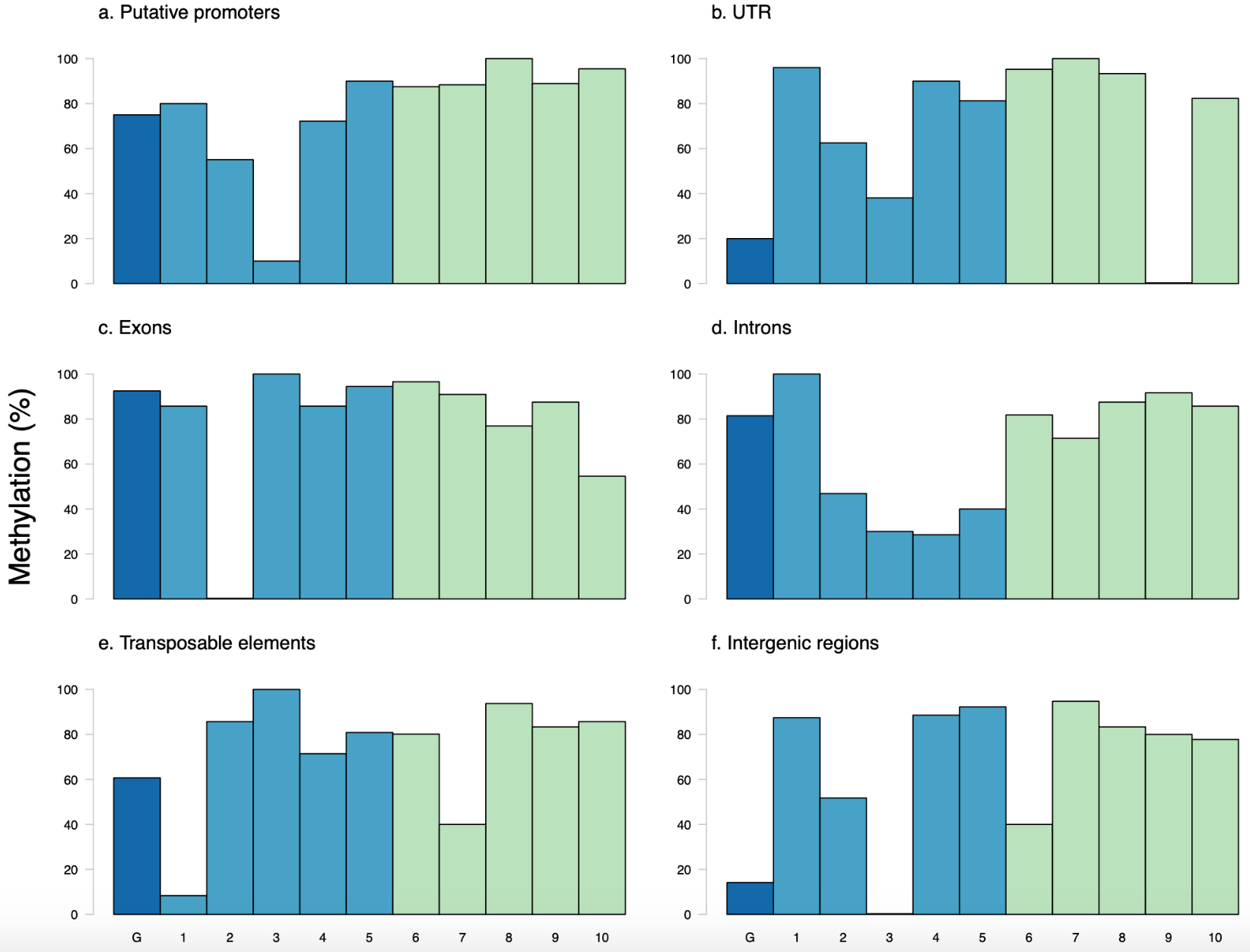 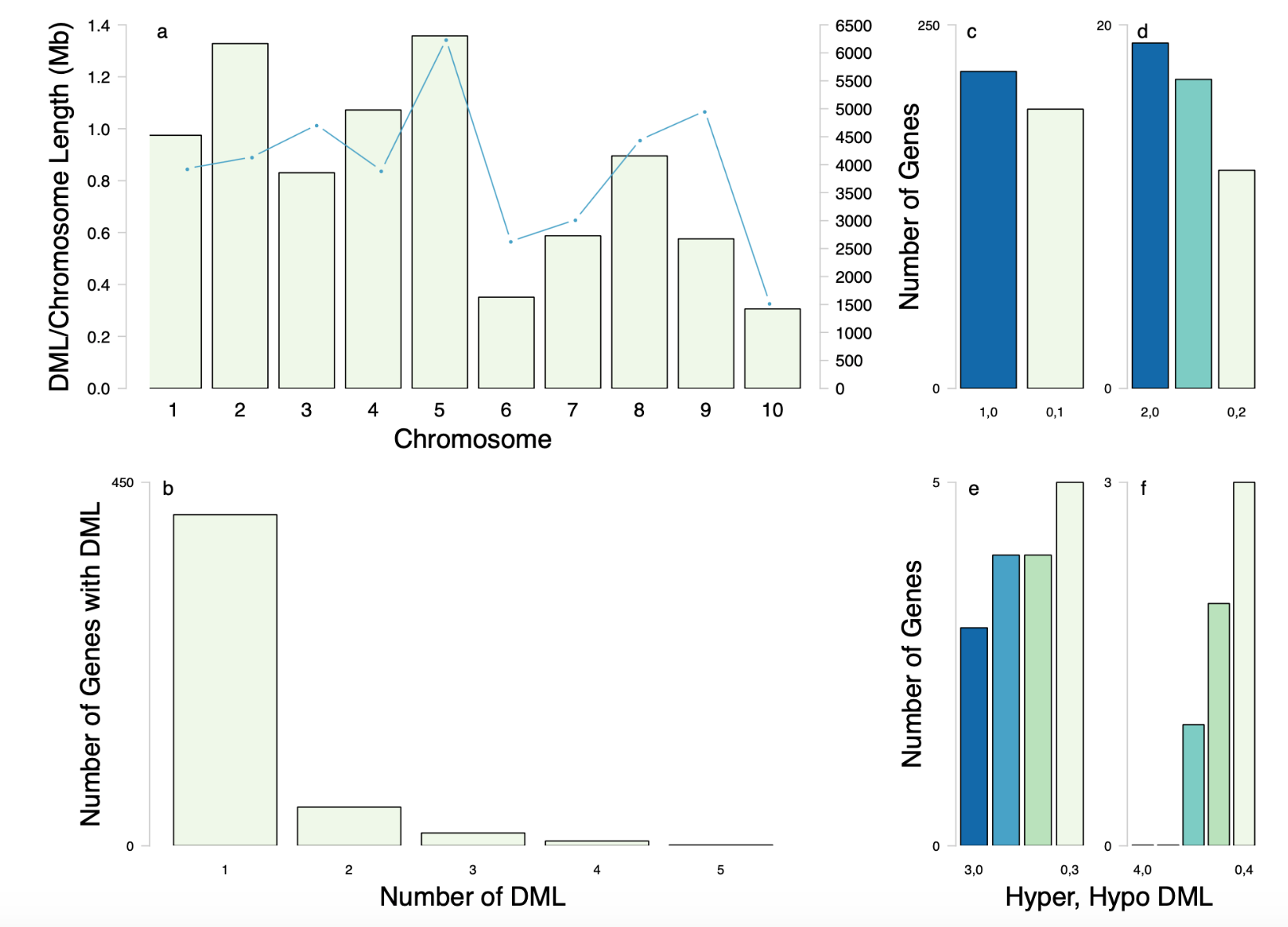 Similar to Figure 2a, I added additional information for where DML were found! 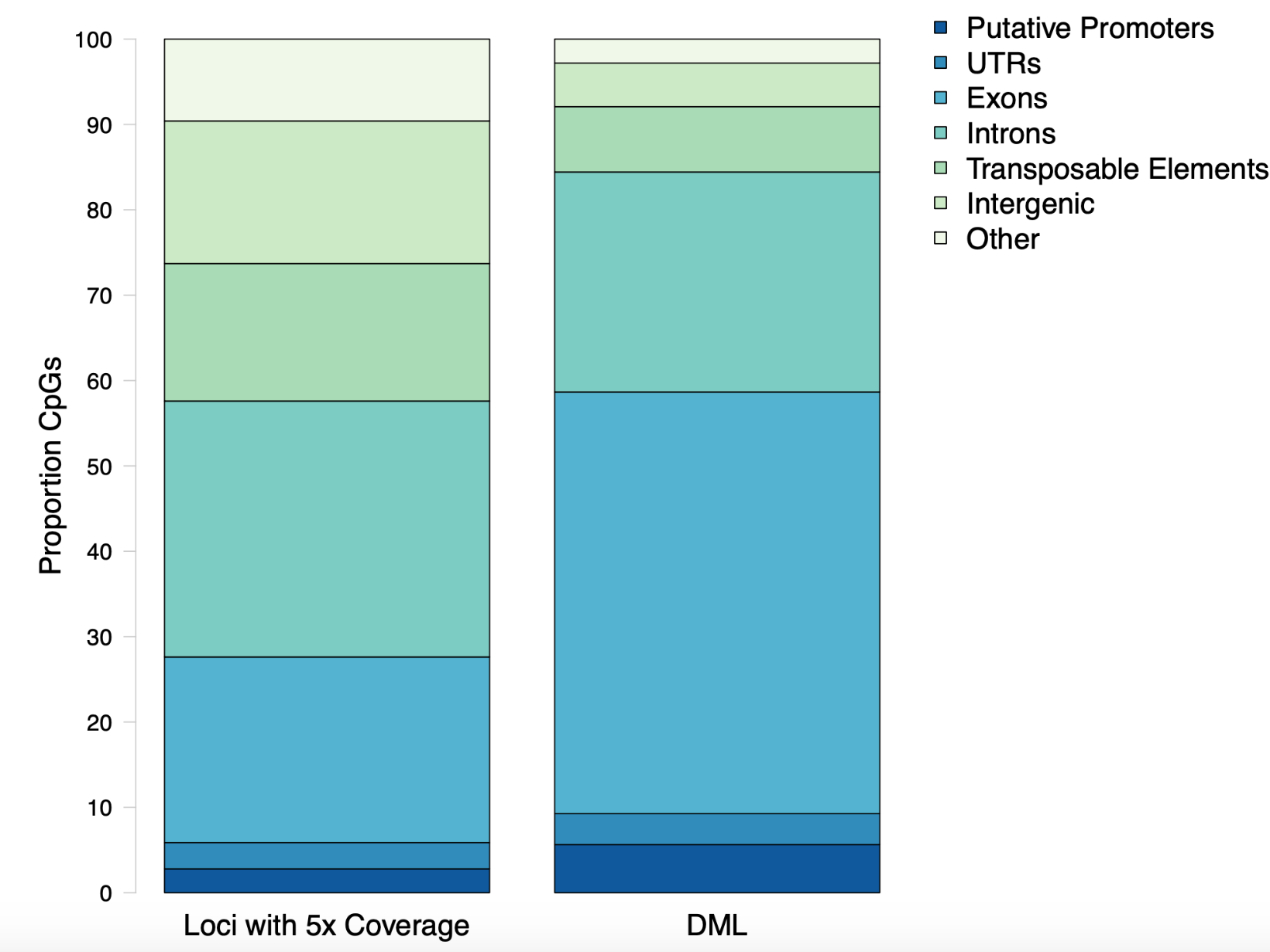 No changes…I just didn’t include the attachment when I submitted the original paper RIP. It’ll be included this time.