Although the whole gang wasn’t present Mac and Steven gave me some great feedback on the C. virginica edits I started on! Here are some of the highlights:

In the paper, I state that 22% of the C. virginica genome was methylated. Mac and Steven were hesitant to make this claim since it wasn’t clear how I got this number, and I couldn’t find it in the methods anywhere. When I looked at the 3,181,904 methylated CpGs (> 50% methylated) versus the 14,458,703 total CpGs in the C. virginca gneome, I got 22%. This doesn’t saying that 22% of the genome is methylated. Instead, 22% of CpGs were found to be methylated. In this Jupyter notebook I counted the number of cytosines in the C. virginica genome. Out of the 119,229,194 cytosines in the genome, 3,181,904 methylated CpGs means that the 2.7% of cytosines are methylated. This is similar to what Mac reported in her 2013 paper. I clarified this statement in the abstract, results, and discussion.

In the meantime, I looked at the histogram bins and how many islands were in each bin. I wrote up a quick description for the results section.

Figure 1 and Figure 5 needed a little extra love when converting them into robust multipanel plots. In this R Markdown file, I combined the CpG frequency distribution I made previously with the plots of median percent methylation globally and for each sample across genome features. It took some trial-and-error to get the spacing to look the way I wanted it to, but I like the final product! 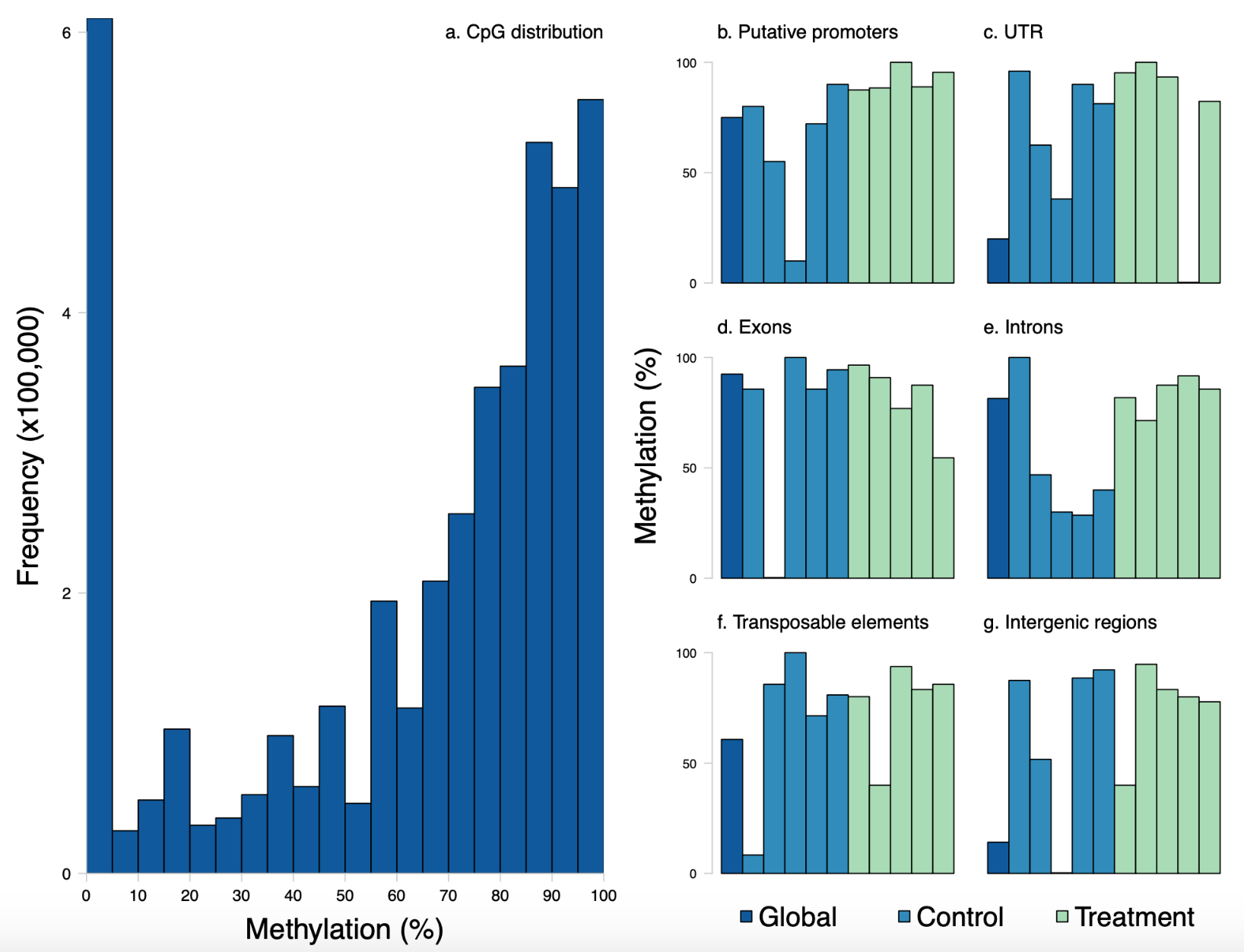 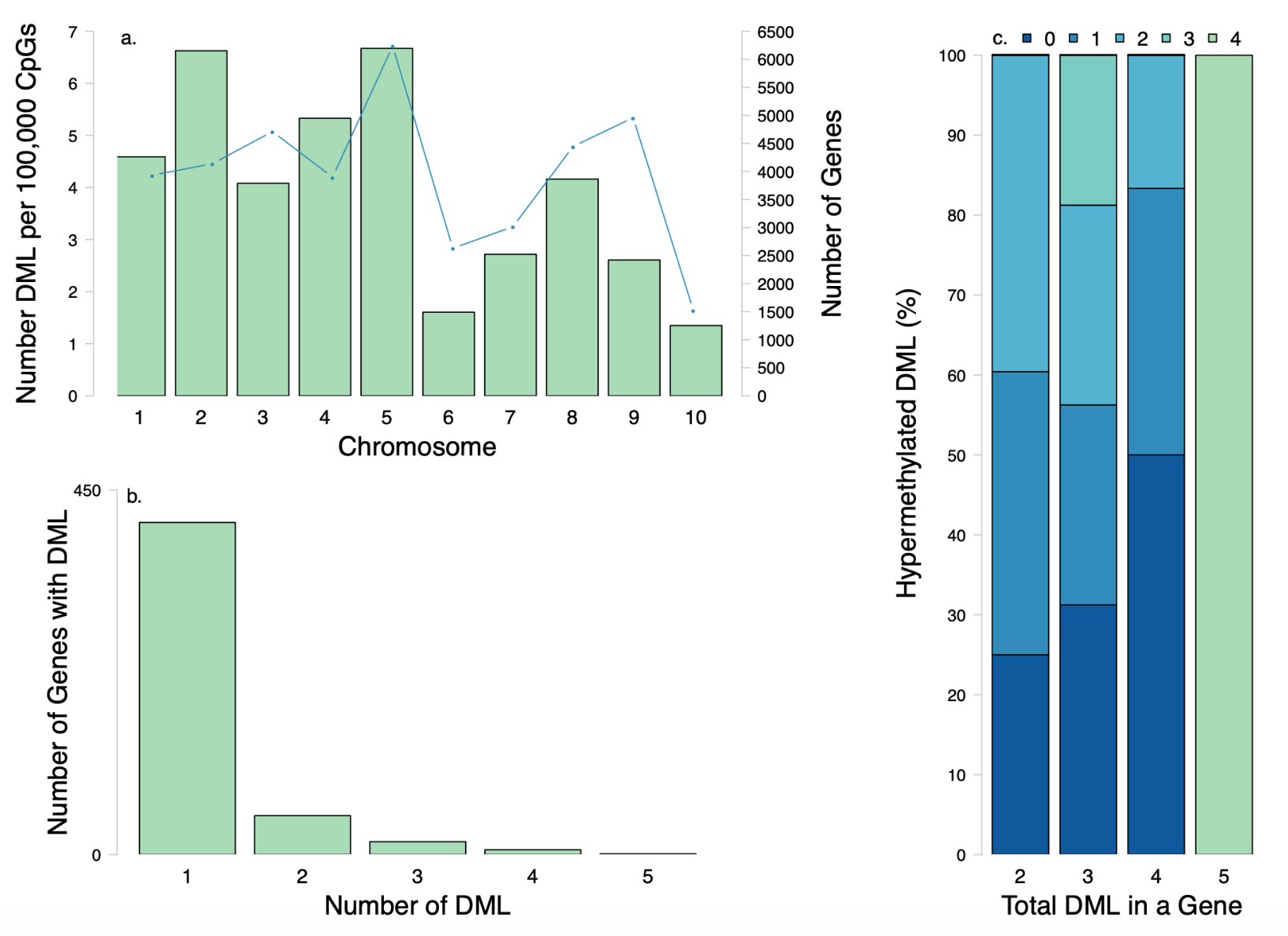 When I went to edit the figure caption in the manuscript, trying to describe this layout and figure was difficult. That made me realize I needed to rework the figure one more time. I decided to go for a fully vertical layout with chromosome and gene information on top, number of DML per gene in the middle, and breakdown of hyper/hypomethylated DML on the bottom. The panel with number of DML per gene had information for genes with 1-5 DML. I decided to mirror that x-axis in the bottom plot with the DML type. 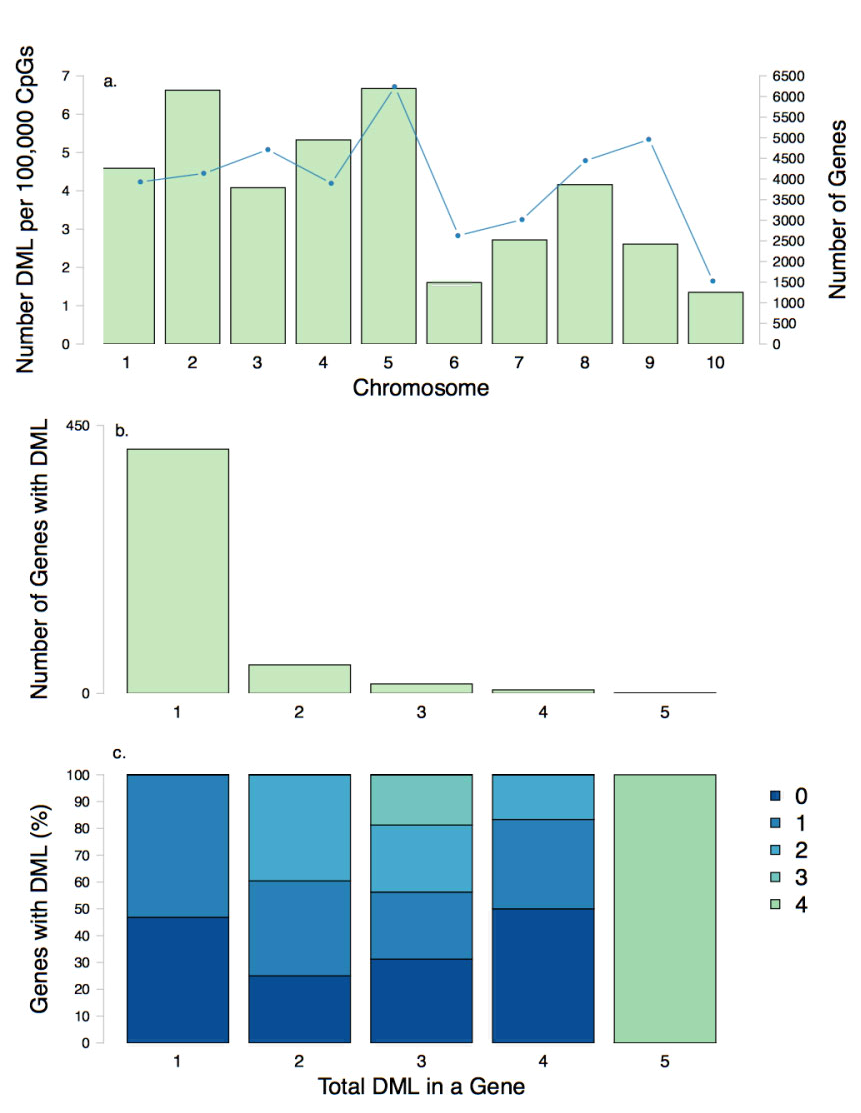 Writing the caption for this figure was much easier, so I think this is the way to go.

Things to improve in the discussion