Running R scripts on mox (for real this time)

So, clearly things aren’t going well. I tried running an R script on mox, but landed in a seemingly endless loop of installing dependencies, running the script, having it fail, and trying to install yet another dependency. My theory was that the mechanism of loading R packages in a SLURM script is different than loading packages in an R module. Time to test it out.

Sanity check with the build node

Since I was able to load packages in the build node, I thought I would see if I could run part of my code interactively as a sanity check. First, I opened a build node for four hours:

Then, I loaded the devtools, methylKit, and dplyr packges, confirmed packages were loaded, and set my working directory to folder with my bismark output: 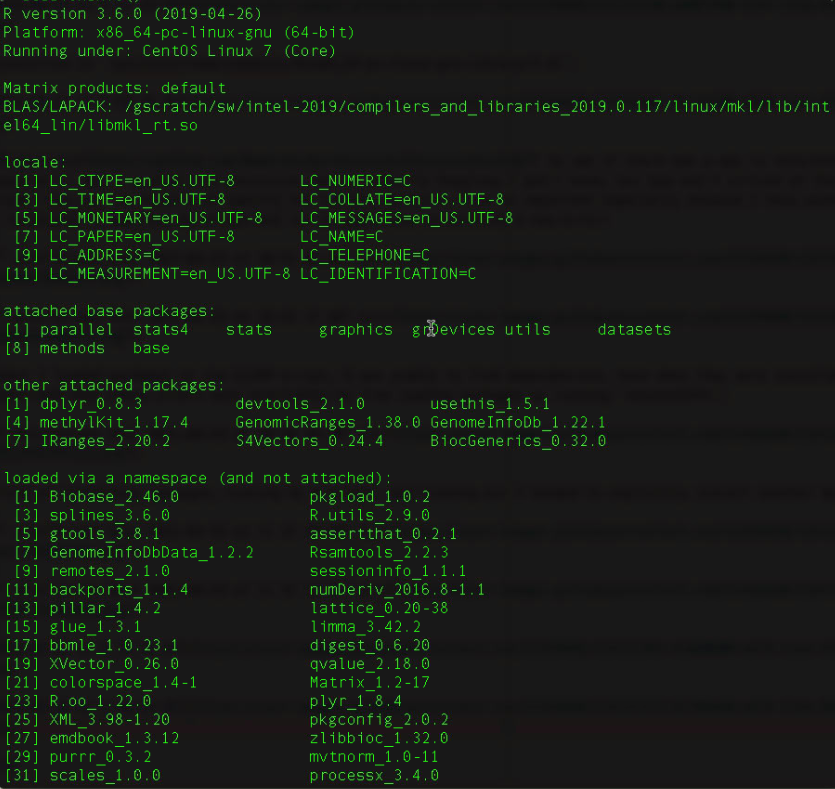 I then started running code to confirm that methylKit and dplyr R commands would work as long as the packages were loaded. I was able to quickly read files into R with methRead: 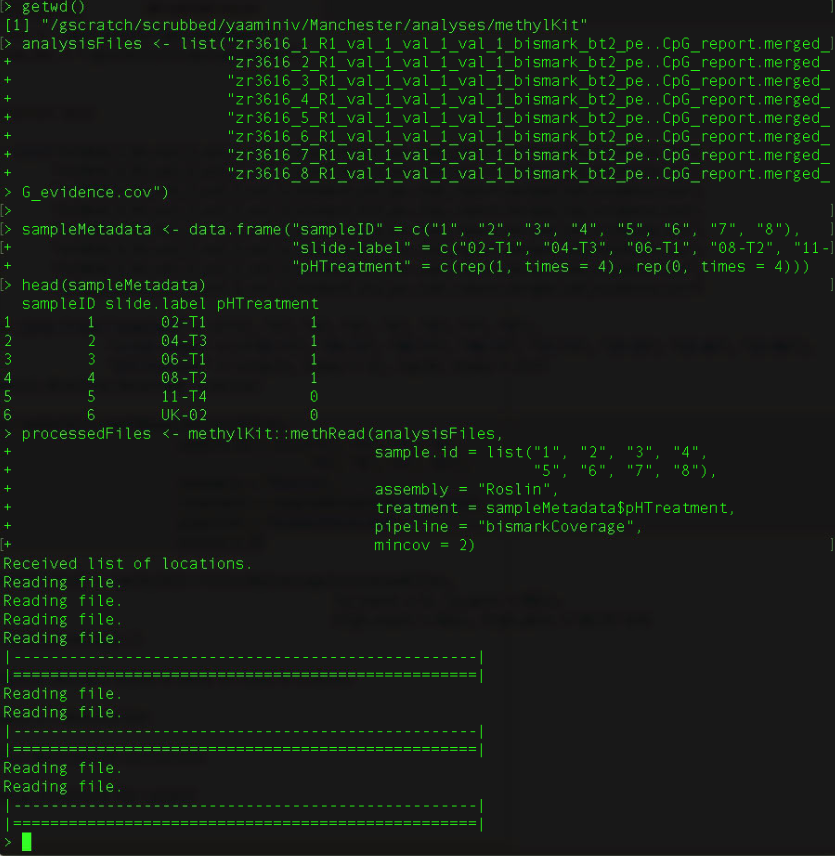 I then successfully ran the following code chunk to process bismark alignments and normalize coverage between samples! 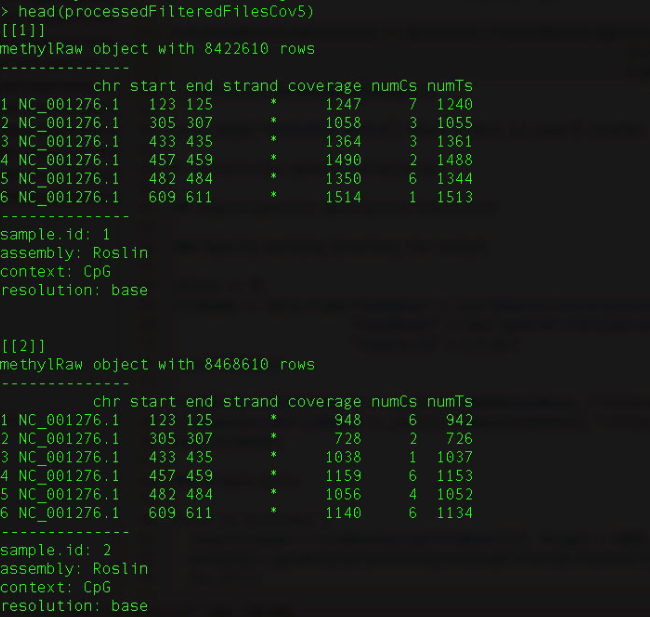 At this point, I saved my R data and knew that as long as I could reference my packages correctly, I could run my code.

Calling an R Script in a SLURM script

Clearly calling an R module worked better than changing the shebang and running an R script directly on mox! I wanted to try another method: calling an R script within a SLURM script. First, I needed to put my R code in a separate script. I copied and pasted my code and created this R script. Based on the hyak documentation, I needed to create a SLURM script to call the R script. For this SLURM script, I used a 10 day walltime and 100 G memory node. Hopefully I won’t need more than that! Within the script, I needed two lines of code:

I then ran my SLURM script. It ended after 20 minutes (so…a bit longer than the 18 minute run I was used to previously!) due to more package struggles. Thankfully they were different package problems than before! I was unable to load devtools or dplyr because R could not find the correct versions of dependency packages. However, methylKit loaded with no issues:

I finagled with how I loaded packages in my R script and decided to run require(devtools) with no lib.loc argument. When I would load packages in the build node, I never specified where packages were found and did not encounter any error. I also tried require(tidyverse, lib.loc = "/gscratch/srlab/rpackages") to see if loading tidyverse would bypass any issues I had loading dplyr. I was able to load devtools with no problems, but still ran into issues with dplyr and tidyverse!

Since devtools loaded without specifying a library location, I figured I could do the same for dplyr. The final configuration of loading R packages that worked went as follows: